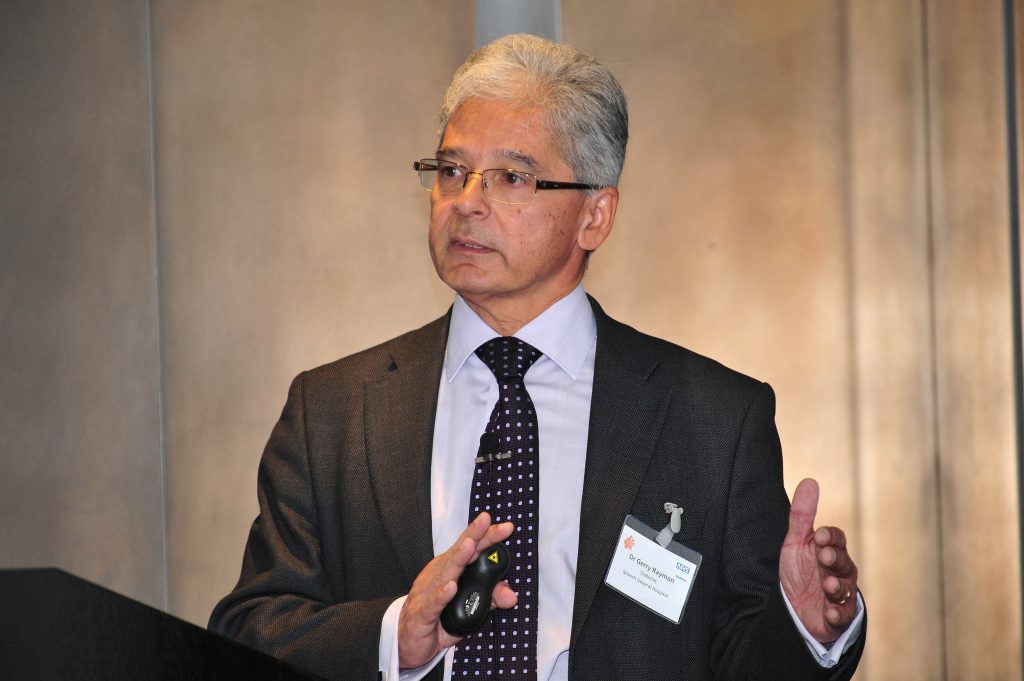 Foot ulcers acquired during hospital visits have decreased by 50 per cent, according to a clinical audit.

The 2015 results of the National Diabetes Inpatient Audit (NaDIA), published today, revealed 1.1 per cent of patients suffering from the condition had foot lesions, which had gone down from the 2.2 per cent found in 2010.

More than two thirds (67 per cent) of those surveyed in 2015 did not undergo diabetic foot risk examinations, the bedside survey also discovered.

Audit lead clinician Dr Gerry Rayman said: “We are proud of what the audit has achieved since 2010 and the difference it has made to hospital care for patients with diabetes. However the results do show that, while the number of inpatients continues to rise, this is not being matched by resources and staffing which could make an even more significant improvement.

“The 50 per cent reduction in hospital acquired foot ulcers since the introduction of NaDIA, on its own, equates to an estimated annual saving of over £30 million which would more than provide sufficient savings to fund the inpatient diabetes specialist teams that could help reduce the other harms. The achievements gained should be celebrated but there is still much more work to be done to reduce entirely preventable very serious treatment related complications.”

NaDIA 2015 was carried out by diabetes teams in acute hospitals in 135 trusts in England and six Local Health Boards in Wales on a nominated day in September. It covers issues such as staffing levels, medication errors, patient harm and patient experience. The 2015 audit surveyed 15,299 patients with diabetes.

A proportion (31 per cent) of the hospital sites did not facilitate a multi-disciplinary diabetic foot care team despite being recognised as necessary in previous audits.

In addition, there have been no more improvements in two other main inpatient harms relating to diabetes such as hypoglycaemic episodes and diabetic ketoacidosis.

The number of people with diabetes in hospital beds has increased since the 2010 findings, up from 14.6 per cent to 16.8 per cent in 2015. But there has been not a significant rise in staffing members following this, the audit found.

Almost one-third (31.1 per cent) of sites do not have a Diabetes Inpatient Specialist Nurse (DISN) which has not increased since the 2010 audit.

The results also showed patients experiencing medication errors had increased from 37 per cent to 38.8 per cent from 2013 to 2015. A review of inpatient drug charts found that 23.9 per cent had at least one medication management error within the previous 7 days, a significant increase from 22.3 per cent in 2013.

Dr Rayman said the medication errors was a “cause for concern”, with the audit showing patients with a medication error on their drug chart were more than twice as likely to have a severe hypoglycaemic episode.

He said: “These are largely preventable. Diabetic ketoacidosis is due to patients being given insufficient or even no insulin. This should never happen. Yet the frequency of this wholly preventable and life-threatening complication remains unchanged.”

Dr Rayman added: “Since 2010, the NaDIA has been an excellent tool for highlighting specific issues in patient care and driving forward changes that can save lives, improve inpatient experiences and save money for hospital trusts. Despite significant results in some areas, others remain static and will continue to do so until the existing overstretched specialist teams, who do an amazing job, are better supported and Trusts who have no inpatient diabetes service are commissioned to provide this.”

The audit was carried out by the Health and Social Care Information Centre in collaboration with Diabetes UK. NaDIA is commissioned by the Healthcare Quality Improvement Partnership (HQIP) as part of the National Clinical Audit Programme.

Guidelines for dexamethasone in care home residents with diabetes issued