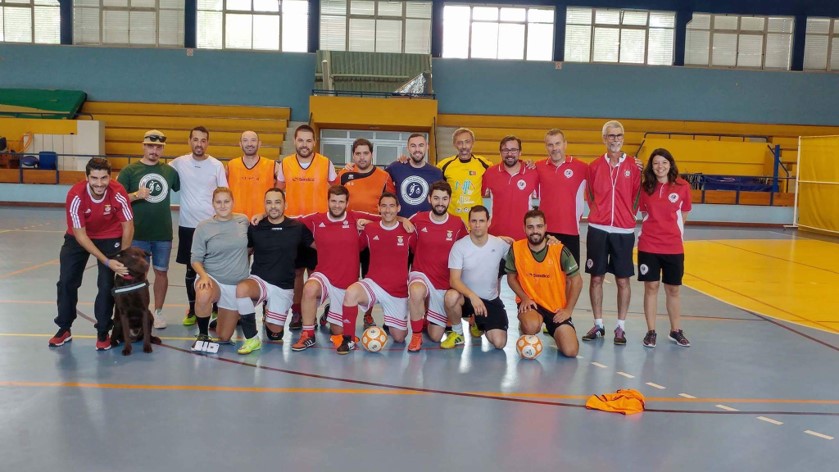 An organisation that supports with diabetes and are passionate about football are hoping to put together a UK team for a major European championship.

The Diabetes Football Community (TDFC) is hoping to encourage enough people with diabetes to sign up so they can, for the first time, participate in the DiaEuros.

DiaEuros, a Futsal championship, a form of a five-a-side football for people with diabetes, was first held after the European Football Championship EURO 2012 in Ukraine.

It was developed to demonstrate that diabetes does not stop people with the condition having an active life and playing sports.

Founder Chris Bright said: “Last year there were over 200 participants, and all of them had diabetes. It is hugely empowering and sends a vital message to everyone with diabetes. Next year we’re hoping to have a team representing the UK for the first time, in Bratislava, Slovakia.

“Football is a worldwide sport and we believe the DiaEuros serves many purposes including helping to promote diabetes awareness, demonstrating the importance of physical activity for proper diabetes management, empowering people with the condition and uniting the International Diabetes Federation (IDF) Europe family.”

In order to create the UK team, at least £12,000 needs to be raised to pay for training facilities, formal coaching and training, kit, flights, accommodation while staying in Bratislava, food, insurance and supplies needed for people with diabetes.

TDFC was founded in February 2017 by Mr Bright who has type 1 diabetes and has lived with the condition since 1999 when he was eight.

Since then he has seen huge developments in diabetes care but he always felt that peer support was something that could enhance his experience. That is why he decided it was time to change that and develop a support community which fills the void he always felt was missing.