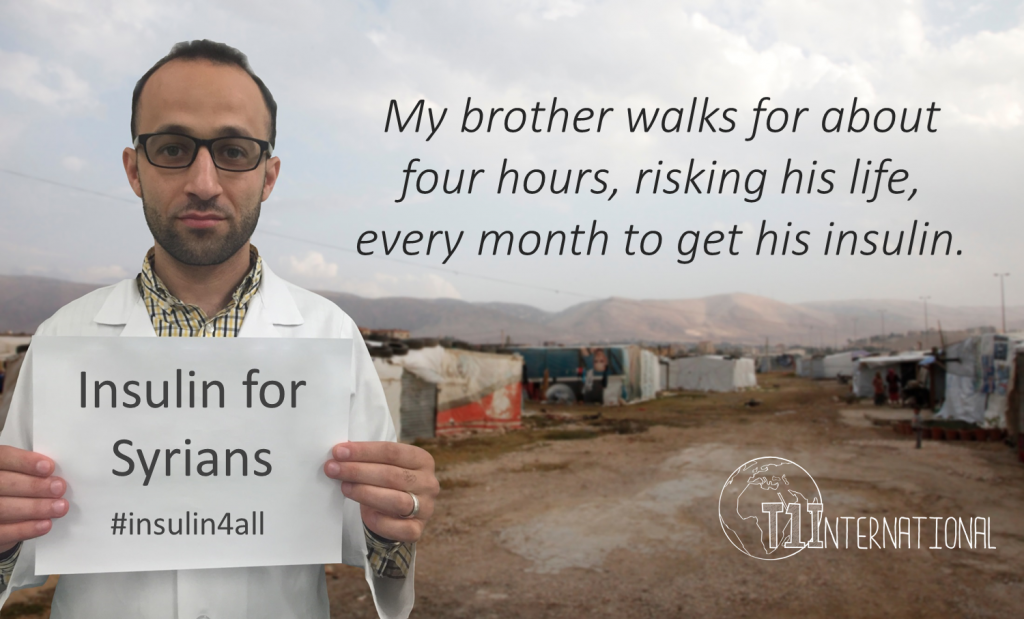 A charity is using Diabetes Week to highlight the issues people in Syria with type 1 diabetes face.

T1International works alongside people with the condition around the world to ensure everyone receives access to diabetes supplies.

The campaign, entitled Insulin for Syrians, is encouraging people to donate money to ensure families in Aleppo and other locations in Syria which have been cut off aid get insulin, syringes, and blood glucose monitoring supplies.

The charity has estimated there are at least 2,000 Syrians who are in need of insulin.

Speaking to the organisation, Mouhammad explained that his younger brother has type 1 diabetes and still lives in Syria.

He said: “I am the oldest among five siblings. I was a third year medical student when my brother, who was 9 year’s old, was diagnosed with type 1 diabetes.

“It was a very traumatising event, which subsequently triggered my interest to become a paediatric endocrinologist.

“My brother faces many obstacles and challenges living with type 1 diabetes in Syria.”

Some of the biggest struggles faced by people living with the condition in the country include access to only expired or damaged insulin and little availability to diabetes specialists.

T1International’s founder Elizabeth Rowley said: ”Living with type 1 diabetes is difficult enough, but to struggle to access insulin and supplies amidst a war is unthinkable.

“We want to do everything we can to support our friends in Syria so that they can survive this terrible situation.”

The charity said a donation of just £10 could provide insulin for at least a month and £100 would be enough to provide approximately one year’s worth of insulin and a number of life-saving test strips to monitor blood sugar levels and adjust insulin dosages.