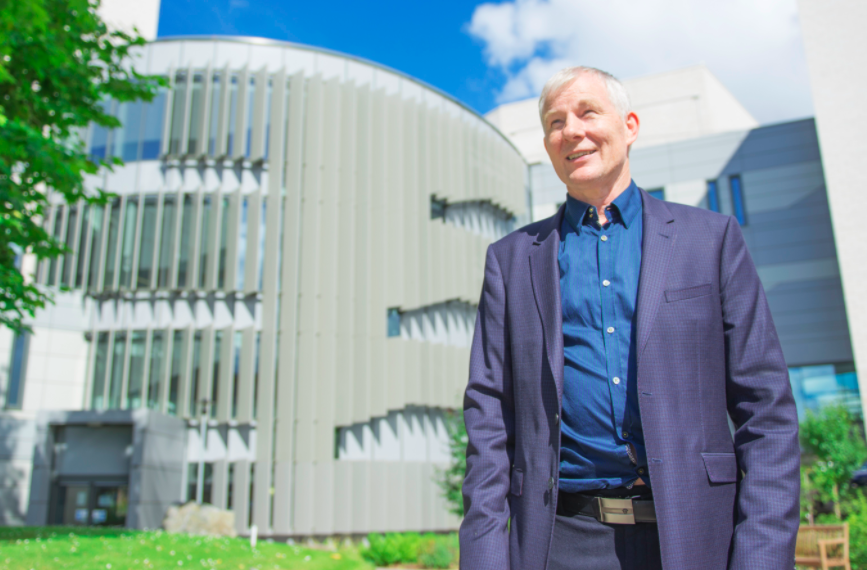 A professor based in Exeter has been presented with Belgium’s highest scientific award for his diabetes discoveries that have changed the understanding, diagnosis and treatment of the genetic forms of this disease.

Professor Andrew Hattersley, Professor of Molecular Medicine at the University of Exeter and diabetes consultant at the Royal Devon & Exeter NS Foundation Trust, has won the Baillet Latour Health Prize 2020. The award was presented by the Queen of Belgium via a virtual awards ceremony.

The Baillet Latour Fund was created to support outstanding scientific, academic and artistic achievements. Since 1979, the Fund has awarded the Baillet Latour Health Prize to a scientist for his or her contribution to medical research. This award is considered to be the highest scientific award in Belgium and is open to scientists throughout the world.  This prize, worth €250,000, has been awarded annually since 2000.  The award is intended not only to stimulate fundamental research, but also to promote its applications for the benefit of human health.

Professor Hattersley said: “Scientific breakthrough these days comes by teams of experts working brilliantly together and not from any single individual’s efforts. All the work cited for this award for has been done by an amazing team of scientists and healthcare professionals working in the University of Exeter over the last 25 years. It has been a great pleasure and privilege to work with such amazing colleagues.”

The prize will be shared with my colleagues, and used to provide free genetic testing of patients born with diabetes from low and middle income countries to ensure that no one is denied the chance to benefit from our research because they cannot afford the test Professor Hattersley

Since moving to Exeter in 1995, Professor Hattersley has published more than 600 academic papers, given more than 300 national and international lectures and received numerous international research awards.

Together with his Exeter colleague, Professor Sian Ellard, he founded a genetics laboratory, which is now recognised as the world leader in the diagnosis and research of monogenic diabetes – a type of diabetes caused by a mutation in a single gene.

The team has been involved in describing 24 new genetic causes of diabetes and more than half of all genetic subtypes. Professor Hattersley led the work that carefully described the clinical features of these patients and their optimal treatment. His research has been crucial in improving the diagnosis, management and treatment of patients with monogenic diabetes worldwide.

A major breakthrough was the integration of beta cell science into patient treatment. After the Exeter lab had shown mutations in the potassium channel of beta cells were the most common cause of neonatal diabetes, Professor Hattersley demonstrated that these patients could replace their insulin injections with sulfonylurea tablets and remarkably improve blood sugar control.

The team went on to offer free genetic tests to everyone in the world who was diagnosed with diabetes before the age of six months and have helped thousands of patients who otherwise would have had a lifetime of insulin injections.

The Baillet Latour Fund was born out of the initiative of Count Alfred de Baillet Latour, who was the Director of the Artois Breweries in Leuven, Belgium. He was the last male heir of the old House of Baillet, and was related to the House of Spoelberch, who own the Artois Company.

Professor Hattersley said: “The prize will be shared with my colleagues, and used to provide free genetic testing of patients born with diabetes from low and middle income countries to ensure that no one is denied the chance to benefit from our research because they cannot afford the test.”

The team’s research excellence was recognised by the UK government, which last year awarded £6 million to Exeter to set up a Centre of Excellence in Diabetes in Exeter.

Professor Clive Ballard, Executive Dean and Pro-Vice Chancellor of the University of Exeter Medical School, said: “It’s really exciting to see our world-renowned diabetes team go from strength to strength, and this award is extremely well deserved. The team excels at research which makes real improvements to patients’ lives across the globe.”