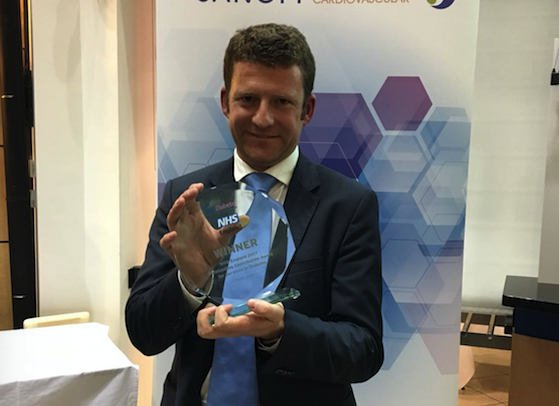 The Diabetes Times editor has been recognised for his “inherent passion and zeal to help others” at a major awards ceremony celebrating good practice within diabetes.

Oliver Jelley, who founded the online publication for healthcare professionals in 2014, was presented with the NHS England Outstanding Contribution Award for Services in Diabetes at the Quality in Care (QiC) Diabetes awards. 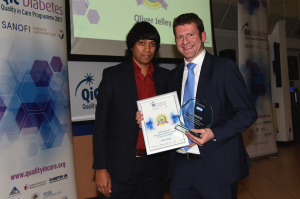 The 35-year-old also created the annual Hypo Awareness Week campaign, which encourages diabetes specialist nurse teams around the country to participate in and raise awareness of hypoglycaemia.

Dr Partha Kar, Associate National Clinical Director, Diabetes for NHS England, said: “Oliver Jelley has been a tireless worker trying to improve diabetes care – always unobtrusive yet present due to his inherent passion and zeal to help others.

“His drive to establish Diabetes Times – as well as involvement in multiple projects such as Hypo Awareness Week – makes him a deserved winner of this award.”

Mr Jelley, who was in attendance at the awards ceremony on Thursday, October 12 in Guildford, said: “To receive this accolade is truly humbling and a real privilege. Type 2 diabetes is an epidemic, which is continuing to grow, and to be recognised for playing a small role in raising awareness of its impact and trying to prevent the condition – is hugely rewarding.”