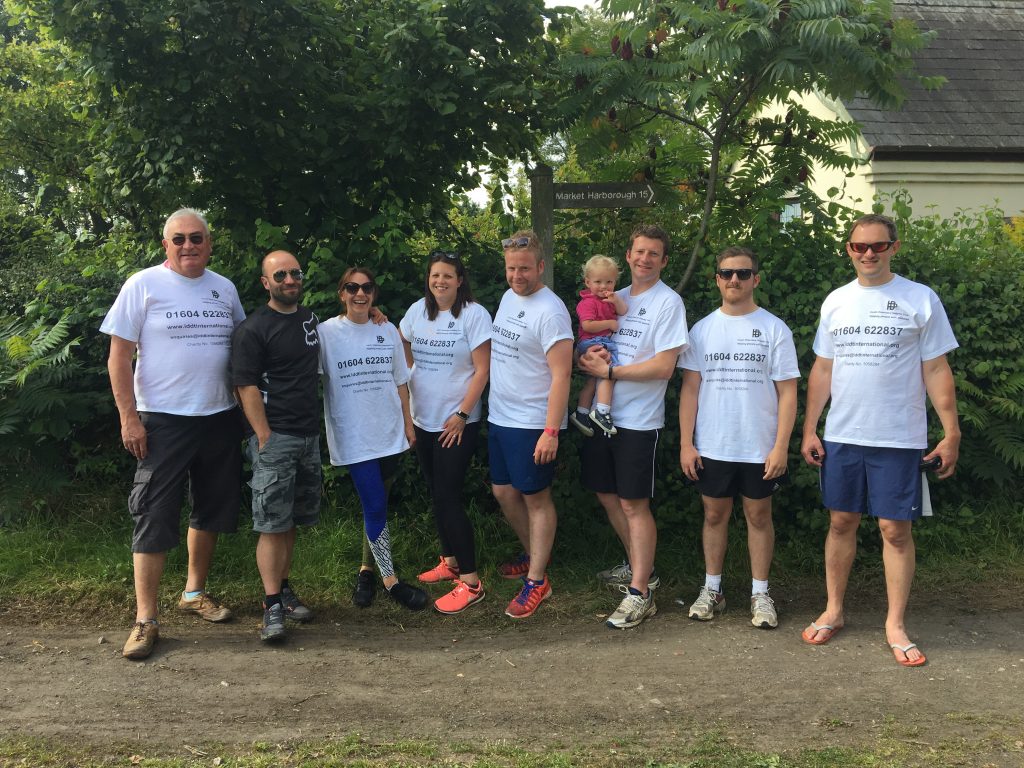 The editor of The Diabetes Times who normally completes a 14-mile run every summer for a diabetes charity refused to be beaten by a serious knee injury.

Instead Oliver Jelley walked the distance between Market Harborough, in Leicestershire, and Northampton on Saturday, September 2, to raise much-needed funds for the InDependent Diabetes Trust (IDDT).

It was the fourth consecutive year that the 35-year-old has organised the IDDT’s 14-Mile Challenge, with participants normally either cycling or running along the Brampton Valley Way.

I had more trouble getting in and out of my dad’s car at the end. Oliver Jelley

The father-of-three, who is also the managing director of Brixworth-based Orange Juice Communications, said: “I was resigned to sitting out this year because I can’t cycle either because it’s unsteady but then the week before I thought ‘why don’t I walk it?’. I don’t have a problem walking, I just can’t twist, turn or pivot sharply.”

He was accompanied on the walk by future brother-in-law Richard King, also from Market Harborough. 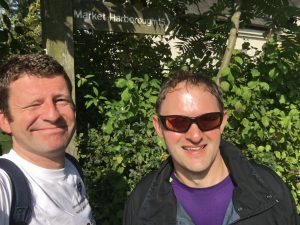 Walkers Oliver Jelley and Richard King at the finishing line

Oliver added: “We set out at just before 7am before the runners and cyclists began at 10am and it took us four and a half hours, but apart from a few blisters it was absolutely fine, I had more trouble getting in and out of my dad’s car at the end.

“Everyone did an amazing job in raising money and awareness for IDDT, it is a vital charity, not only for local people with diabetes but people up and down the country with the condition.”

“The money will go towards enabling us to continue to support people with diabetes who live with a lifelong health condition, which if not managed properly can lead to devastating consequences, including amputation, blindness and kidney failure.”

Donations can still be made, visit https://www.justgiving.com/fundraising/oliver-jelley2.