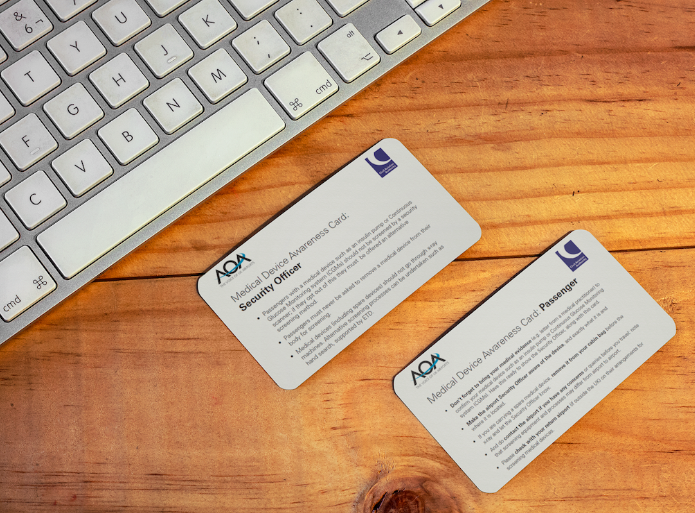 The Medical Device Awareness card developed to help make air travel easier for people with diabetes has been endorsed by the European Commission (EC).

In addition, the organisation has made a commitment to aid with future dissemination and translation throughout Member States.

The card, now available to download, has been launched in partnership with the UK Civil Aviation Authority (CAA) and Airport Operators Association (AOA).

But the whole idea was thought up by Rachel Humphrey, whose teenage boy George was prevented from boarding a flight in 2016 because airport security wanted to X-ray his insulin pump.

The EC has also begun talks with the Security Industry Authority (SIA), the organisation responsible for regulating the private security industry in the UK. This is in response to complaints that many insulin pump and monitor users have experienced problems at entertainment venues that use x-ray machines and in some case body scanners at their entrance.

The SIA has shared guidance with its members and is now looking to include information on the medical devices in the more detailed guidance they are currently developing on searching and other medical devices.