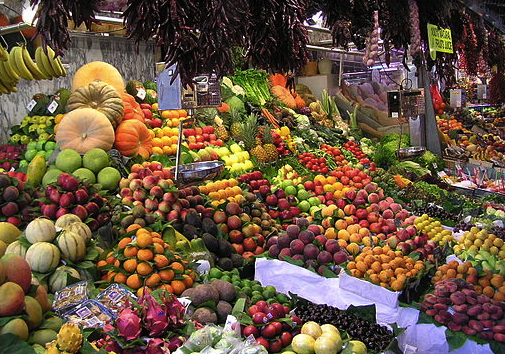 Eating fresh fruit could lower the risk of developing type 2 diabetes and reduce complications for those who already have the condition, research has suggested.

A team from Oxford University said those who ate fruit on a daily basis were 12 per cent less likely to develop type 2 diabetes.

More than half a million people from different areas were recruited for the seven year study. They were selected from 10 different aeares across China, because the country is not known for its huge fruit intake.

The researchers monitored the participants’ health and say they also found a link between the individuals who already had diabetes prior to the start of the study and eating fresh fruit more than three days a week. They say those who had the condition and consumed fruit several times during the week had a 17 per cent lower risk of dying from any cause.

There was also between a 13 per cent and 28 per cent lower chance of developing diabetes-related complications affecting large blood vessels which could lead to heart disease and stroke, and small blood vessels leading to kidney diseases, eye diseases, and neuropathy, than those who only any fruit less than one day per week.

The authors concluded: “To our knowledge, this is the first large prospective study demonstrating similar inverse associations of fruit consumption with both incident diabetes and diabetic complications.

“These findings suggest that a higher intake of fresh fruit is potentially beneficial for primary and secondary prevention of diabetes. For individuals who have already developed diabetes, restricted consumption of fresh fruit, which is common in many parts of the world, e.g., China and other Asian countries, should not be encouraged.”

Speaking to the Daily Express newspaper, Dr Emily Burns, Diabetes UK’s research communications manager, said: “Fresh fruit has many health benefits and it’s a myth that people with diabetes should not eat it. The type of sugar in whole fruit is different to the added sugar we should avoid.

“We know that a balanced diet is beneficial for overall health and preventing type 2 diabetes.”