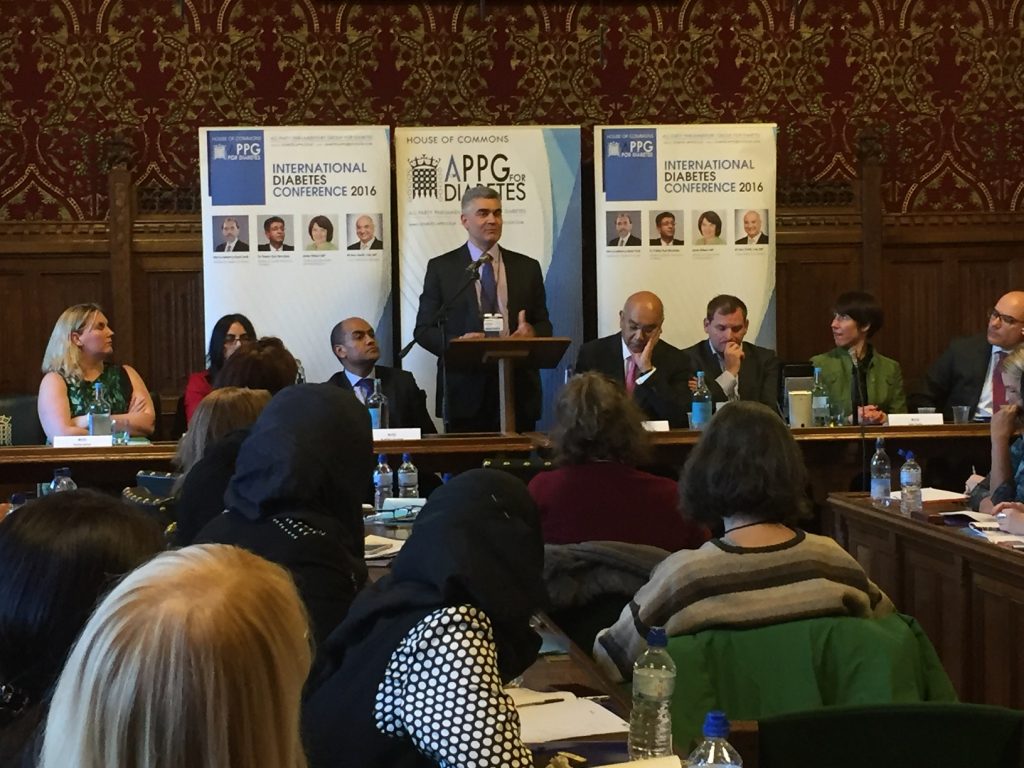 Good practice in diabetes care and type 2 prevention from across the world was exchanged at a conference this week.

More than 100 delegates with an interest in diabetes attended the International Diabetes Conference at the House of Commons on Wednesday, February 3.

Experiences from Mexico, Portugal and Tunisia as well as the UK were shared at the summit organised by the All Party Parliamentary Group for Diabetes (APPG).

“Public Health England estimates five million people are at high risk of developing type 2 diabetes. This is just not acceptable and that’s why prevention is such a major vital component of what we are trying to do.” 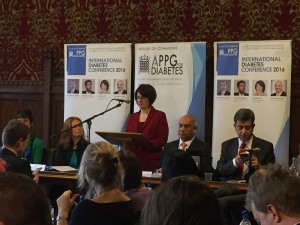 The minister said the government was working towards “helping the next generation make the right choices” to make sure they do not “grow up with preventable diseases”.

Professor Jonathan Valabhji, who is the national clinical director for obesity, told delegates that diabetes care in the UK had improved in last decade, with the number of people receiving all their annual checks rising from six to 60 per cent.

Dr Morales said his country was working to prevent type 2 diabetes through a national health campaign, which included a sugar tax on sweetened beverages as well as banning fizzy drinks and junk food from schools.

Professor Melanie Davies CBE, who is the co-director of the Leicester Diabetes Centre (LDC), also addressed the audience.

She said: “We are all in this together and I think we have tried to create an environment like this at Leicester where patients, academics and primary and secondary care all work together.”

She then spoke about how the LDC had built up an evidence base for structured education for type 2 diabetes in the DESMOND Programme, added: “Knowledge is power but people need to have the ability to interpret that knowledge.”

APPG chair Keith Vaz MP said the group’s meeting would not be all be held at Westminster, with the next two planned for Birmingham and Manchester.