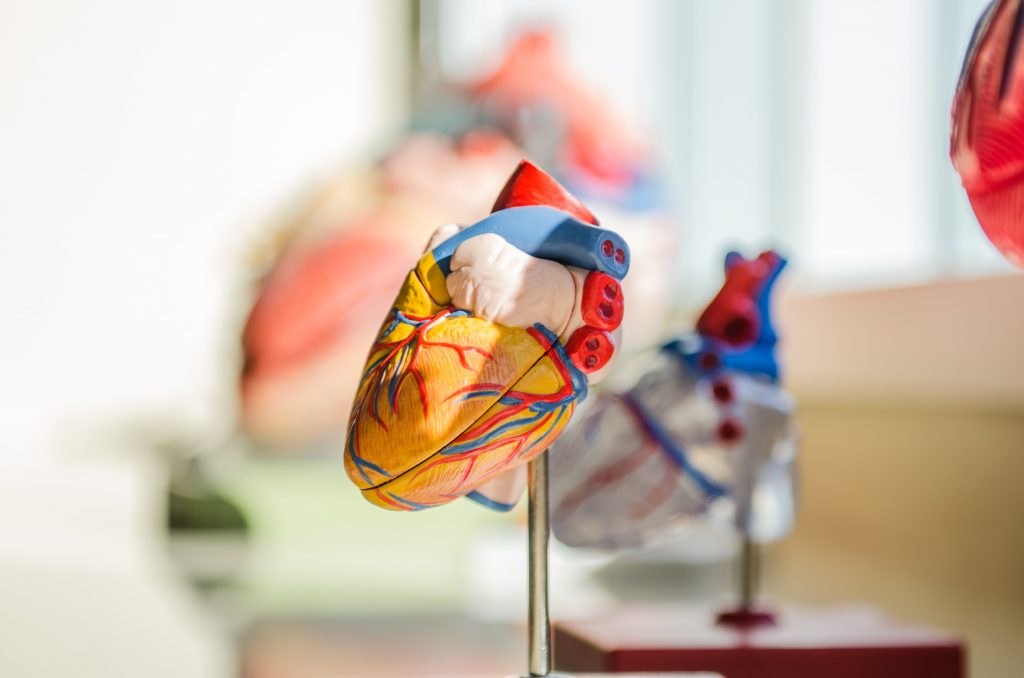 Practical advice for cardiologists on prescribing two new classes of type 2 diabetes medication has been published. 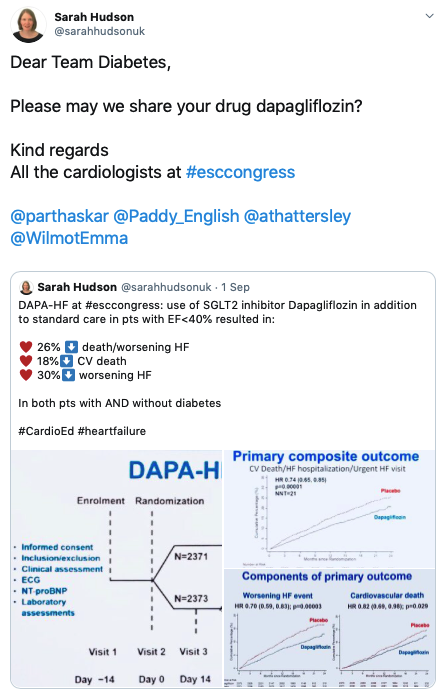 Reaction on Twitter to the DAPA-HF trial from a cardiologist

Earlier this month the first detailed results from the landmark Phase III DAPA-HF trial revealed that Forxiga (dapagliflozin) 10mg, on top of standard of care, reduced the incidence of cardiovascular death or the worsening of heart failure. It led to calls from cardiologists for more information about the drug.

This finding along with others has “prompted growing optimism among clinicians regarding the potential for these agents to reduce the burden of cardiovascular disease in people with T2DM.”

In response to this area of growing evidence, a research team, including diabetes consultant Professor Melanie Davies CBE and cardiologist Professor Gerry McCann, wrote an article titled Emerging glucose-lowering therapies: a guide for cardiologists, which has been published by Heart, a BMJ Journal.

The researchers said: “GLP-1RAs and SGLT2i are now advocated as second-line agents in European and US guidelines for management of both hyperglycaemia and for primary prevention of cardiovascular disease in people with T2DM.

“Given the high prevalence of T2DM in patients with cardiovascular disease, cardiologists will increasingly encounter these agents in routine clinical practice. In this review, we summarise evidence from cardiovascular outcome trials of GLP-1RAs and SGLT2i, give practical advice on prescribing and detail safety considerations associated with their use. We also highlight areas where further work is needed, giving details on active clinical trials.

“The review aims to familiarise cardiologists with these emerging treatments, which will be increasingly encountered in clinical practice, given the expanding representation of T2DM in patients with cardiovascular disease. Whether these drugs will be initiated by cardiologists remains to be determined.”