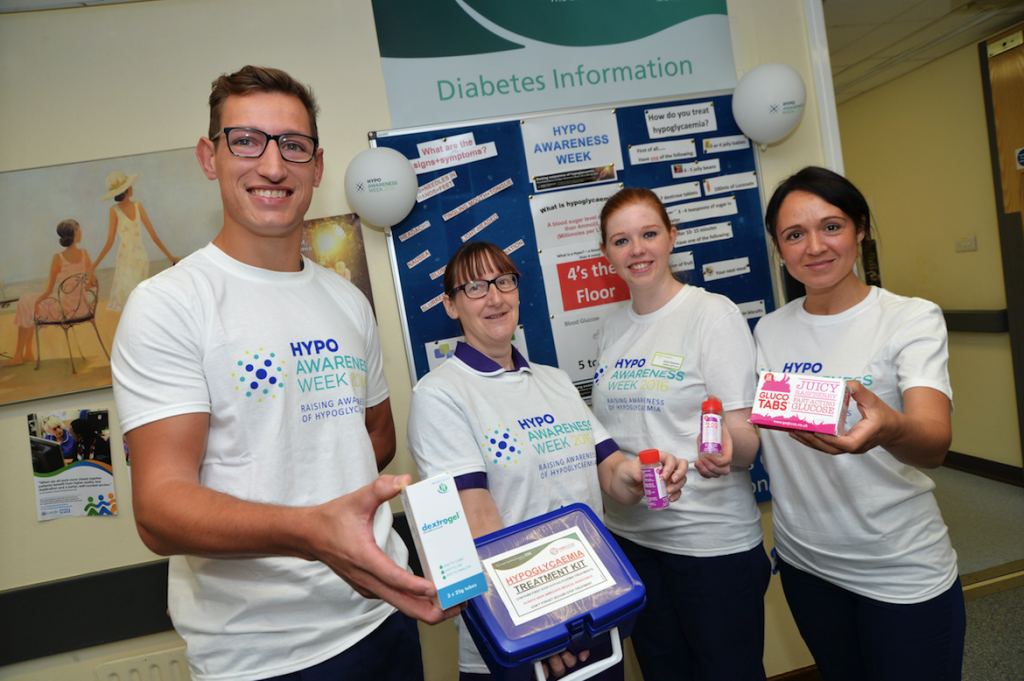 The annual Hypo Awareness Week returns this week to highlight the dangers of hypoglycaemia across UK hospitals and primary care organisations.

Care teams will hold activities and training throughout the week, educating other healthcare professionals about hypos and how to prevent them.

Since 2012, the yearly campaign has given the diabetes community the opportunity to discuss, and roll out education about, hypoglycaemia across UK hospitals and primary care settings.

Sites involved in this year’s Hypo Awareness Week (HAW) have received a printed resource pack which includes posters, t-shirts, pens and stickers. Additionally, an award will also be presented to the organisation with the best hypo awareness campaign.

Last year 364 primary care settings were involved in the event.

Hypo Awareness Week was first staged locally in Portsmouth hospitals in April 2012 before being rolled out nationally by NHS Diabetes in the following August.

The annual campaign is organised by Orange Juice Communications, which has spent the last year concentrating on delivering a successful HAW 2021.