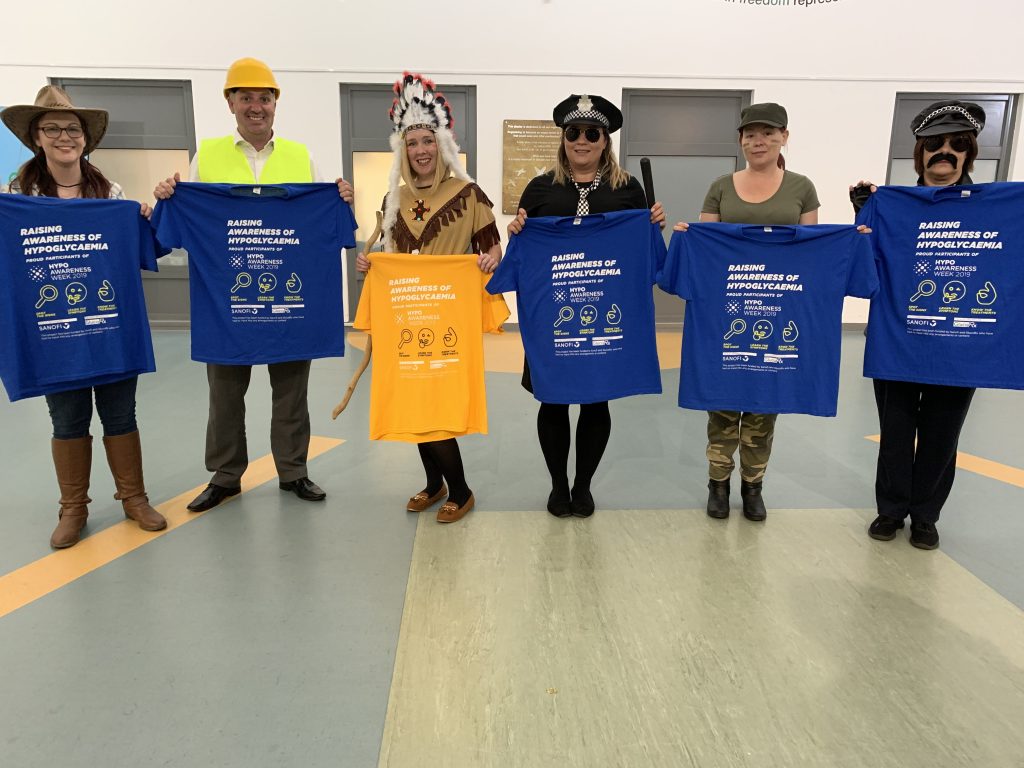 Staff at Medway NHS Foundation Trust have come together to film a parody version of the Village People’s ‘YMCA’ to raise awareness for Hypo Awareness Week.

More than 600 sites have been taking part in the record-breaking campaign, which aims to raise awareness of hypoglycaemia in the UK by educating healthcare professionals about the short-term complications of diabetes. It has been taking place from Monday, September 30, to Sunday, October 6, 2019.

To mark the annual seven-day campaign, Amanda Epps, an Inpatient Diabetes Specialist Nurse at Medway, has released a track titled ‘HYPO’ by the ‘Medway People’.

Amanda said: “We are really excited to release this video and we hope it will spread the message about the importance of this campaign.

“Hypos can be dangerous, particularly for people whose hypo-awareness is low because they are ill and less able to spot the indicative signs. It’s also vital that healthcare professionals are aware of patients who are particularly at risk of hypos.

“We had lots of fun making the video! It’s great to do something a bit different and get involved in Hypo Awareness Week 2019.’’

The idea for the video was inspired by a version of ‘Sweet but Physio’, called ‘Sweet but a Hypo’ led by Chris Chapman, Chief Operating Officer of GlucoRx. He said: “It’s about having a bit of fun to convey a serious message and raising vital awareness of the symptoms and treatments for what can be a deadly short-term complication of diabetes.”

The programme has been made possible with the support of Sanofi and GlucoRx which have had no input into any arrangements or content. Last year, a total of 549 sites, the majority of which were hospitals, across the UK and Ireland took part in Hypo Awareness Week.