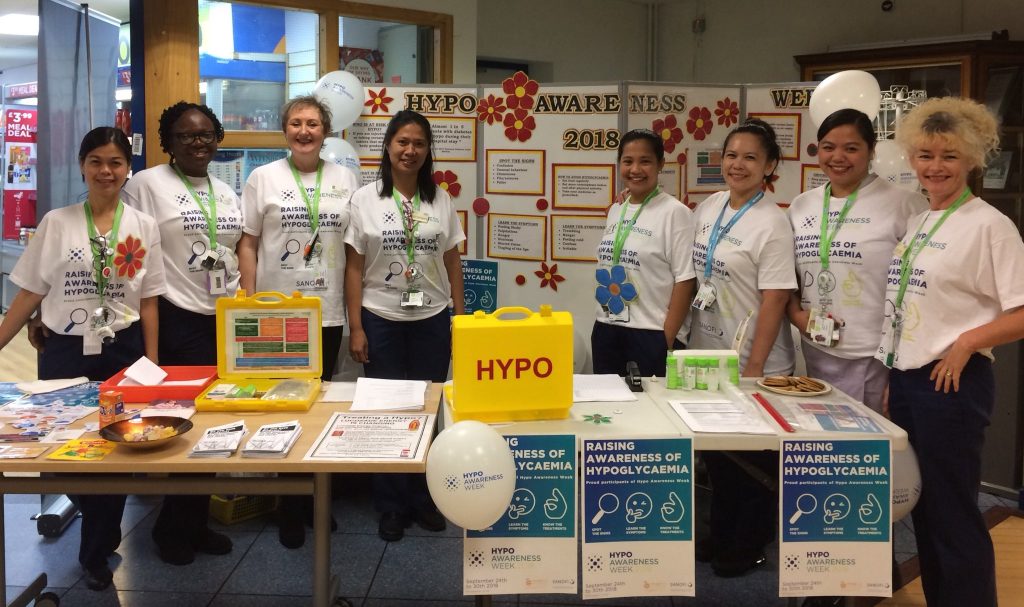 Hypo Awareness Week 2018 has broken the record for the number of participating sites.

So far there have been 536 sites register and counting, up from 343 last year, which was the previous highest total since the campaign launched in 2012.

The seven-day campaign to raise awareness about, and reduce episodes of, hypoglycaemia runs from Monday, September 24, to Sunday, September 30, 2018.

The annual campaign aims to raise awareness of hypoglycaemia in the UK by educating healthcare professionals about the short-term complications of diabetes.

As part of a week-long series of activities, the participants will be staging training and events to raise awareness of the condition. Resources, including guidelines, leaflets and educational slides, will be used to help spread the word.

The most recent National Diabetes Inpatient Audit (NaDIA) showed that, for the second year running, almost one in five (18%) diabetes inpatients experienced a hypo during their stay in hospital.

The audit also found that the majority of hypoglycaemic episodes occurred between 5:00am and 8:59am, when inpatients are sleeping and have less access to sugary snacks which will maintain their glucose levels.

The annual NHS Diabetes Inpatient Audits show gradual improvements to care for inpatients with diabetes, but the proportion of inpatients experiencing a hypo in hospital has remained close to one in five.

In 2017, 58,000 inpatients with diabetes experienced a severe episode of hypoglycaemia, according to Diabetes UK’s Making Hospitals Safe For People With Diabetes Report, which will be released on October 8.

Emily Watts, Diabetes UK’s Inpatient Care Programme Manager, said: “Hypos are dangerous, particularly for inpatients whose hypo-awareness is low because they are sick and less able to spot the tell-tale signs. It’s so important for healthcare professionals working in hospitals to be aware of patients who are particularly at risk of hypos.

“With 58,000 inpatients with diabetes experiencing a severe case of hypoglycaemia in 2017 highlights the urgent need for changes in how diabetes inpatients are cared for and supported during their hospital stays. Our report makes clear, simple recommendations for healthcare professionals to adopt which will ensure that every hospital stay for someone with diabetes is as safe as is possible.”

Hypo Awareness Week has been funded by Sanofi who have had no input into any arrangements or content.