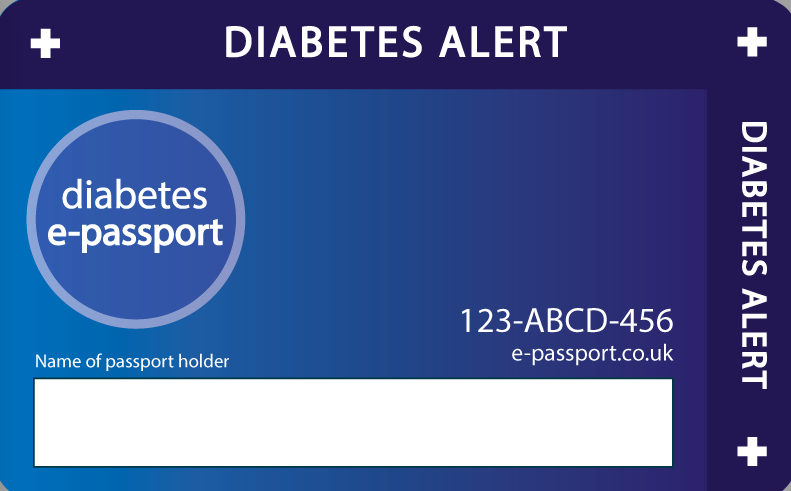 A Diabetes e-Passport pilot is being rolled out across a number of NHS Trusts from March, it has been announced.

The Diabetes e-passport was due to initially be trialled in hospitals across the Wessex region, however the pilot expanded to more NHS trusts before this had the opportunity to start.

The e-Passport process will begin at diabetes clinics where people with diabetes will have their online profiles created by their healthcare professional. Information about the person’s insulin dose and medication will be entered, as well as other key information relating to the patient.

After the initial visit, the person with diabetes can then access their profile in their own time and submit more information that they feel would be relevant in case of an emergency.

Every Diabetes e-Passport can be accessed via a central system which means all NHS Trusts can edit and amend profiles when required.

In the event that a profile needs to be accessed, the passport can be scanned by a QR reader, a NFC reader or the code can be entered straight into the central system.

If the person with diabetes is already known to the responder then their details can be accessed without the need of the passport via the central system within the NHS Trust.

Simon Blood, who is behind the Diabetes e-Passport project, said: “In October 2015, my mother was taken to hospital with sepsis and five weeks. During her stay, I witnessed patients being admitted who struggled to communicate and started to think about ways in this could be improved.”

As a result he created the Emergency Information Online (EIO) medical alert card. The card is the same size as credit card and contains an NFC chip and QR code that allows access to a patient created profile. The profile allows the patient to share information relating to their allergies, medication, underlying conditions as well as next of kin.

Simon added: “After the launch of the EIO medical alert card, unbeknown to us, Stephen Dixon from Sky News purchased a card. Stephen lives with type 1 diabetes and after receiving the card decided that it would be good to share information about the card with Partha Kar who is the National Speciality Advisor for Diabetes with NHS England. Partha then got in touch to see if we could further customise the system behind the card to help those living with Diabetes.

“Working with a range of Diabetes Specialist Nurses and meeting numerous diabetes consultants all across the UK we were able to develop a specialist diabetes section initially within the EIO medical alert card. This then developed into the Diabetes e-Passport which was presented at the Diabetes hothouse event in London in November 2018.”