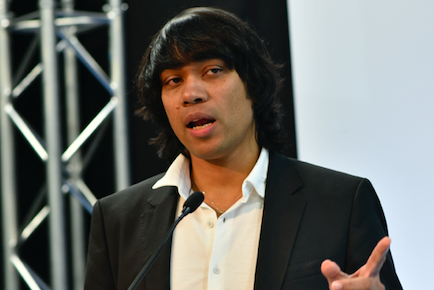 The new decade will see an even “greater focus” on the importance of outcomes, access, and technology in diabetes care, according to a top NHS advisor.

Writing in the British Medical Journal (BMJ) Professor Partha Kar, National Specialty Advisor with a specific focus on type 1 diabetes and technology, has been reflecting on how diabetes care has changed in the past decade and what changes may be imminent.

He said the changes that had been implemented in the last decade were “nothing short of seismic, with fundamental shifts of treatment and approach towards tackling diabetes, irrespective of type”.

Professor Kar, who is also a Consultant in Diabetes & Endocrinology at Portsmouth Hospitals NHS Trust, said: “Healthcare professionals have struggled to cope with some of the fast-paced changes and the shifting evidence base, but the NHS itself has largely stayed ahead of the curve, although the National Institute for Health and Care Excellence has been criticised for not doing so.

The challenge of the coming decade will hopefully see all who are involved in diabetes care working to ensure that advances in medicine are available—and evenly for all, not just for the fortunate few

“And people with diabetes have been even more nimble and aware, innovating themselves when necessary, such as with the DIY artificial pancreas system (APS).”

He discussed the “ambitious” Healthier You: NHS Diabetes Prevention Programme, the National Diabetes Audit and various trials that have demonstrated previously unseen cardiovascular impact, as well as improvement in renal and heart failure outcomes.

Professor Kar also pointed out how the approach to type 2 diabetes changed over the past 10 years. Whereas previously it had been deemed a progressive condition, studies now exist that have shown the condition can be reversed and put into remission.

Referring to type 1 diabetes he said there had been an “explosion of new technology”.

He added: “There was a move towards non-invasive testing of glucose levels, automated systems, and a movement led by patients who were fed up with a system not moving at the pace they wanted.

“The development of DIY APS certainly jolted the industry into action, although hurdles remain, such as legality, liability, access, and general acceptance. All of the technology hinged on the simple principle of enhancing self-management while—slowly but surely and encouraged by social media—peer support grew.”

Professor Kar singled out the Language Matters movement calling it “important” as the aim was to understand the “nuances and challenges of coping with diabetes and being appreciative and understanding of that as a healthcare professional”.

He concluded: “I think that the 2020s will see an even greater focus on the importance of outcomes, access, and technology in diabetes care. Yet perhaps the biggest challenge for the NHS lies in the care of deprived populations, as datasets confirm this to be a decisive factor in access and outcomes.

“The best drugs and diets will always be those that the person is able to take or use: it’s never easy or feasible to consider having an avocado for breakfast, or indeed turning up for a clinic appointment, when you’re working three zero hour contracts to fund your family.

“The challenge of the coming decade will hopefully see all who are involved in diabetes care working to ensure that advances in medicine are available—and evenly for all, not just for the fortunate few.”