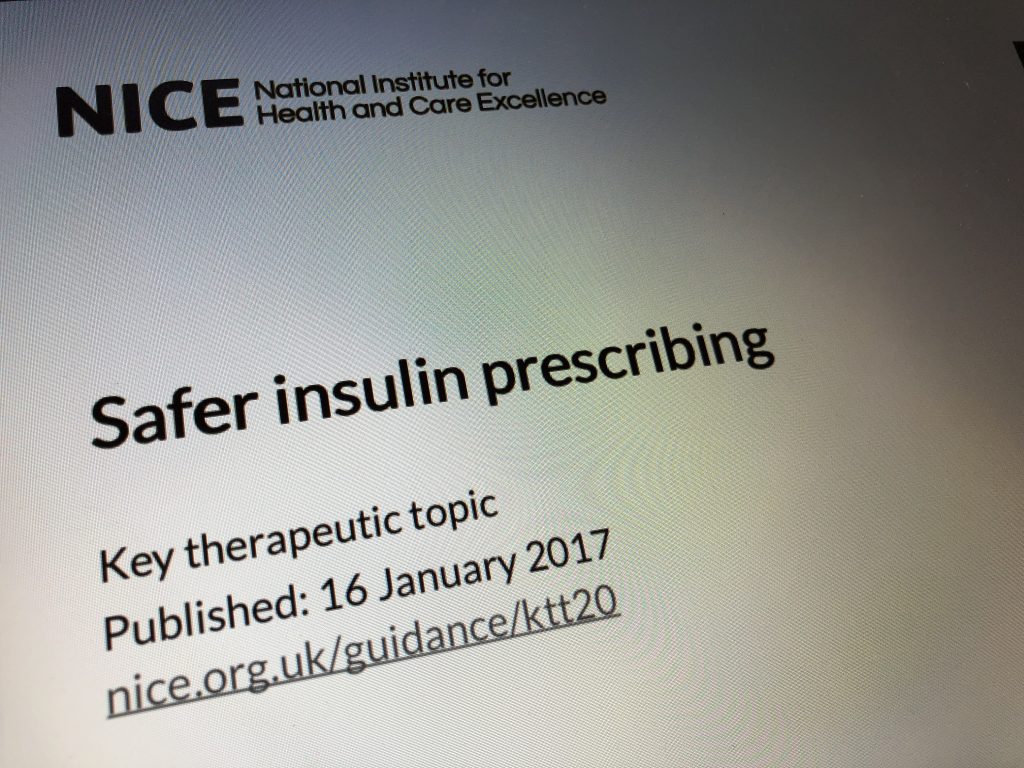 An updated version of NICE’s Safer insulin prescribing has been published.

The document summarises the evidence base on safer insulin prescribing and was first published in January 2017. It is not formal NICE guidance, but has been made available to support medicines optimisation.

Commenting on the update, NICE stated: “This topic was retained for the 2019 update of medicines optimisation: key therapeutic topics. The evidence context has been updated in the light of new guidance and important new evidence where appropriate.”