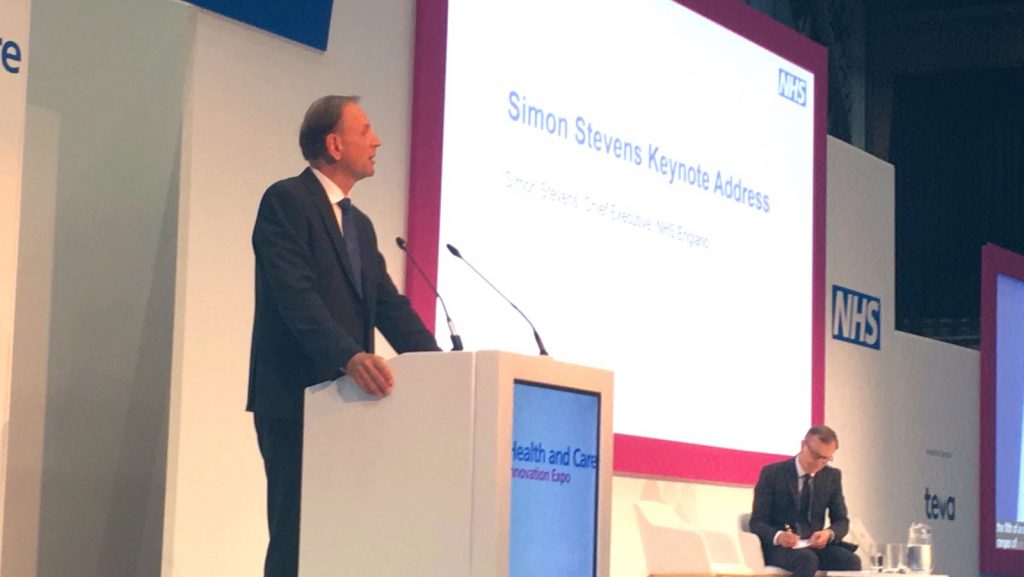 High dose statins could be made available directly from high street pharmacies as part of the NHS Long Term Plan to cut heart disease and stroke, NHS chief executive Simon Stevens has announced.

The cholesterol-lowering drugs are frequently used as part of diabetes care due to the knowledge that people with diabetes face a greater likelihood of heart attack and stroke.

In a new review confirmed this week, England’s top pharmacist Dr Keith Ridge and newly-appointed director of primary care, Dr Nikki Kanani, will look at how the cholesterol-busting drugs could be provided by high street chemists.

Although low dose statins can be given over the counter, they are not generally made available by pharmaceutical firms, and making the most effective and powerful versions safely available, without a doctor’s prescription, could prevent thousands more deaths and countless more heart attacks and strokes.

It’s estimated that as many as two-thirds of people most at risk of heart attack and stroke do not take statins, but would benefit from doing so.

Statins have been shown to be effective, with minimal side-effects, and even a small reduction in cholesterol from these drugs is able to save lives.

New research from Cambridge University – and funded by the British Heart Foundation – published at the European Society of Cardiology Conference in Paris this week, has shown that the benefits of statins are potentially even higher than previously reported.

The findings of the NHS England and Improvement review will be presented to manufacturers and the Medicines and Healthcare products Regulatory Agency (MHRA) – the medicines watchdog – which would have the final say.

Speaking at the Expo health and care innovation conference in Manchester NHS Chief Executive Simon Stevens said: “Pharmacists are highly trained health professionals who are greatly valued by patients. Since the NHS will be funding local chemists to undertake health checks, it makes sense to consider whether there are a broader range of medicines that patients could access conveniently and locally on the high street.

“So the NHS will now work with the MHRA and industry to see how we can best make this happen.

“After cancer lung scanning trucks in supermarket carparks and High Street heart checks, this is another step towards making care and treatment more accessible, convenient and effective.”

The review comes as the NHS is introducing heart checks on the High Street as part of the new £13 billion five-year contract for community pharmacists.

From next month, they will start to develop and test an early detection service to identify people who may have undiagnosed high-risk conditions like high blood pressure for referral for further testing and treatment, with a view to rolling out to all community pharmacies in 2021-22.

The NHS Long Term Plan, published earlier this year, said that local NHS teams will actively identify and support more people living with high cholesterol who could benefit from statins, rolling out care to as many as 380,000 more people, supported by nationwide primary care networks.

At the NHS Expo in Manchester this week, Simon Stevens announced that Dr Nikki Kanani has been confirmed as the NHS director of primary care services in England.

Statins help to reduce the level of ‘bad cholesterol’ in the blood, which leads to fatty deposits building up and hardening arteries, causing increased risk of heart attack, stroke and coronary heart disease – contributing to around 7% of all deaths in England every year.

Chief Pharmaceutical Officer Dr Keith Ridge said: “Used appropriately, statins are effective and can save lives. Hundreds of thousands of people could benefit if industry committed more research and investment in bringing high-dose statins to the high street, and the NHS is going to be driving forward these efforts, as we save thousands of lives from deadly heart attacks and strokes as part of our Long Term Plan.”

Although high cholesterol can run in families, it is often caused by consuming too much fatty food, not taking enough exercise, being overweight, smoking and drinking excess alcohol.

People at high risk of cardiovascular disease – defined by NICE as more than 10% chance of a heart attack or stroke in years – are first offered lifestyle advice to lower cholesterol, and if that is not effective, they are then offered statins.

If only 45% of people with a high risk of cardiovascular disease were identified and treated, 6,000 strokes and heart attacks could be avoided over the next ten years.

Conditions like heart failure and stroke require treatment costing the health service more than £7 billion every year, with knock-on effects worth around £16 billion due to the life-long impact and disability.