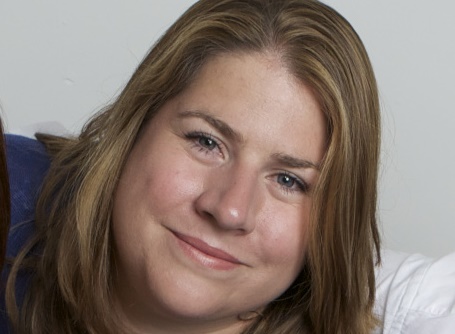 The Diabetes Manager – I shouldn’t have given up

Abigail Kitt is a healthcare manager who has worked in the diabetes sector since 2004. Over the course of her career, Abbey has built up knowledge in translating diabetes NHS policy into improving outcomes.

Her blog,  The Diabetes Manager, shares Abbey’s passion for all things diabetes from a manager’s perspective.

I am realising that writing a blog is an opportunity for self-reflection.

In Diabetes UK’s publication: Improving the Delivery of Adult Diabetes Care Through Integration it says: “The need to join up health services to centre around patients rather than the needs of the system is increasingly recognised in national policy.”

The key enabler for supporting an “integrated” approach to diabetes care is through robust Diabetes Networks.

I absolutely fundamentally believe this.  And there is a plethora of documents, evidence, policies, and guides, to support this belief.

In 2004, one of my tasks as South East Regional Manager for the National Diabetes Support Team (later to become NHS Diabetes and disbanded in April 2013) was to support the development of Diabetes Networks.

The National Diabetes Service Framework Delivery Strategy (2003) definition of: “An effective network should cover ‘a natural population’ – usually determined by the population served by a specialist diabetes service based within an NHS trust”.

I’d like to see a map of how many diabetes networks there are in the UK that meet that definition and with the name of the managerial and clinical lead. Very, very few I suspect.

Some of the reasons, off the top of my head:

Whatever the reason, I sniff change in the wind.  There may be a new opportunity to get back to Diabetes Networks as the conduit for radical and robust transformation of integrated diabetes care – Sustainability and Transformation Plans (STPs) or 5 Year Forward View Plans (5YFV plans).

Now I might be wrong but when I am reading information about the STPs it says things like:  “health and care organisations within these geographic footprints are working together to develop STPs” and “footprints should be locally defined, based on natural communities, existing working relationships, patient flows” and “STPs footprints are not statutory bodies, but collective discussion forums which aim to bring health and care leaders to support the delivery of improved health and care based on the needs of the local populations they do not replace existing local bodies or change local accountabilities”.

Well you could be reading the very good guide from Diabetes UK on “How to: Delivery a successful local network“.  If we are developing an environment that supports STP principles, which are so akin to the principles of Diabetes Networks then surely there is a much bigger hope for Diabetes Networks to be understood and supported?

My Diabetes Week resolution is to capitalise on the opportunity that the “footprint” or “Network” approach to STPs has presented to bang the drum for establishing a networked, integrated approach to robust and safe transformation of diabetes care.”