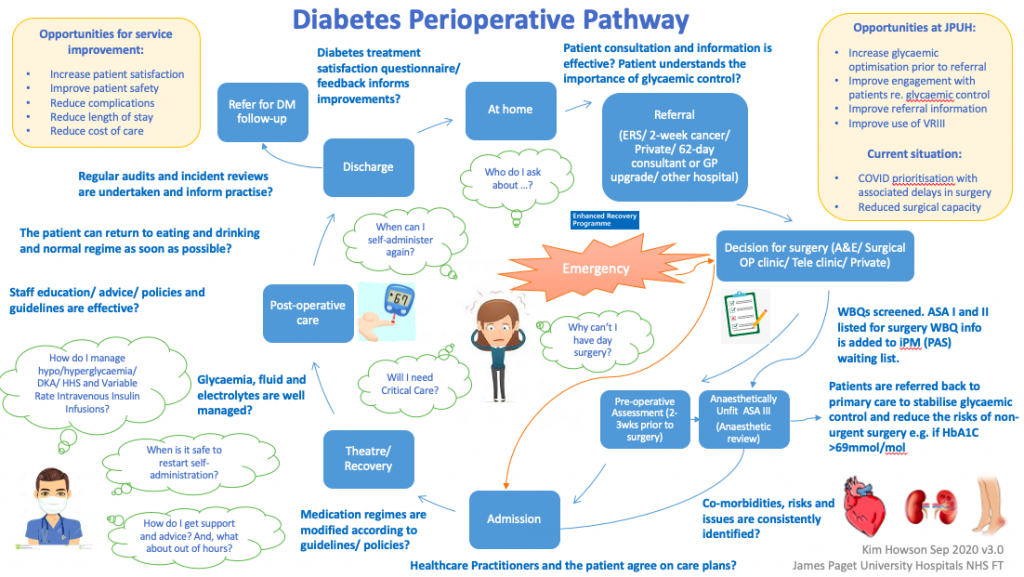 A new Getting It Right First Time (GIRFT) programme is being piloted across 10 Trusts in England in a bid to improve perioperative diabetes care.

The IP3D project (Improving the Perioperative Pathway of Patients with Diabetes) was developed to improve the perioperative pathway of diabetes care among people undergoing surgery.

The project was based on the pathway developed at Ipswich Hospital, part of East Suffolk and North Essex NHS Foundation Trust. It started there in 2018 and has shown to significantly reduce complications and length of stay for people with diabetes undergoing elective surgery.

Over the next 12 months the GIRFT IP3D programme aims to demonstrate that the pathway is transferable to other Trusts, resulting in improvements in many aspects of diabetes care.

GIRFT’s joint lead for diabetes, Professor Gerry Rayman, said: “We expect the IP3D programme to be highly successful and should the 10 Trusts prove this, then wider national adoption may then follow.

“Much of IP3D is about empowering the person with diabetes so they know what to expect when they are admitted and feel reassured that their diabetes is going to be well-managed during their hospital stay.

“But, healthcare professionals also play an important role in this too. They need to take time to assess and listen to each individual, ensuring they fully understand the complications that having diabetes can introduce when undergoing surgery.”

IP3D programme manager Emma Page said: “National data shows that on average, people with diabetes stay for 1.9 days longer on medical wards, but on surgical wards this increases to three days. We wanted to put the patient at the centre of the pathway and empower them in their care.

“As part of the project we developed the Perioperative Passport, which has become a vital component. This is because it contains everything that is relevant to the person with diabetes who is being admitted for surgery. 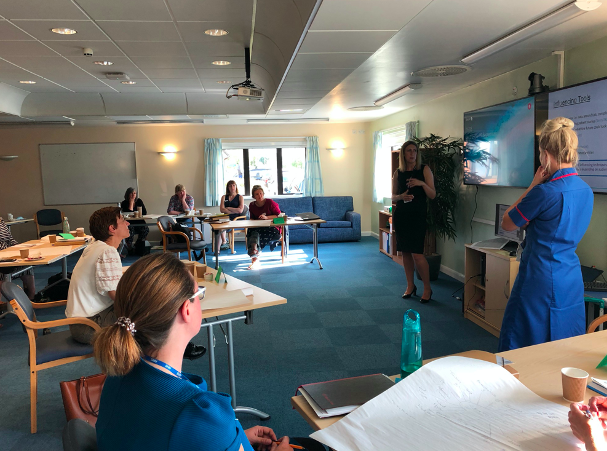 Trust attendees at the first study day held in Ipswich

“The first section is for the patient to fill out and detail how they manage their diabetes at home, this includes information on their insulin dosage, how often they take it and where they usually inject it.

“The second section is for the pre-op team to fill out, which is about the person’s medication adjustments prior to surgery and the rest of the passport is giving the person further information about what to expect when they come into hospital such as their blood glucose management, foot care, what they should do if they have a hypo and what to expect if they are given an IV infusion.”

Another aspect which Emma said was “key” to the success of the pathway in Ipswich was the employment of the Diabetes Perioperative Nurse, Rachel Allen.

Professor Rayman said: “Proper care of people with diabetes during the perioperative period is crucial for preventing acute complications and Rachel’s role has certainly helped improve this on our surgical wards.

“There are many factors that can influence the optimal care plan, but having a nurse who is an expert in diabetes perioperative care is crucial. Part of Rachel’s role is to support patients both pre and post operatively and to educate and encourage staff in good diabetes management.

“With GIRFT’s support, all the Trusts which have signed up to pilot IP3D have been asked to appoint a perioperative diabetes nurse for at least 12 months, adapt and roll out a number of resources, including the diabetes Perioperative Passport and provide  data collection for the programme.”

In addition, a series of social distancing network days will also take part to support the involved Trusts and track their progress with the GIRFT programme. The first session was held on September 9, 2020 at Ipswich Hospital.

Trusts presented ‘rich pictures’ of what their current surgical pathways look and feel like for their patients with diabetes as well as exploring the IP3D resources and the role of the diabetes perioperative nurse.

As part of the IP3D programme GIRFT will also be providing fortnightly coaching calls to the Trusts and the opportunity for the newly appointed nurses to shadow Rachel at Ipswich Hospital to understand how the diabetes perioperative nurse role is utilised.

The Trusts which have signed up to take part are as follows: