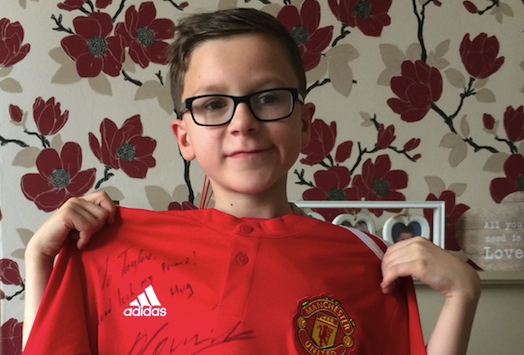 A boy with type 1 diabetes who also had a severe skin allergy to insulin has become the child in the UK to be fitted with a device which delivers the hormone via the abdomen.

Taylor Banks was referred to Great Ormond Street Hospital (GOSH) in 2015 aged seven after his healthcare team ran out of options in treating his diabetes and his allergy.

There, his endocrine team explored all medical options including various immunotherapies, none of which worked. But in 2017 Dr Rakesh Amin, consultant in endicrinology at GOSH, discovered the 2nd generation DiaPort System. The device is surgically placed on the skin and connects an insulin pump to the abdominal cavity, so the drug completely bypasses Taylor’s skin completely. Taylor was successfully fitted with the device last month.

He now becomes the second person the world to be treated with the technology.

He father Scott, said: “It’s still early days but we’ve already noticed the changes. Most importantly Taylor’s blood sugar levels are significantly lower and much more balanced. He isn’t in any pain, he hasn’t had any reaction in his skin and he’s sleeping better. For the first time Taylor identified on his own when he was having a hypo, which is just brilliant.

“This progression means everything to us. We’re so grateful to Dr Amin and GOSH and to all of the nurses and doctors who have helped Taylor. I just hope now that this will help him to have a chance at being a normal little boy, back in school and playing with his friends.” 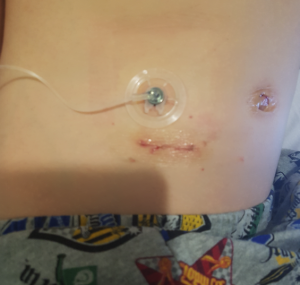 Taylor was first diagnosed with diabetes aged two and he was rushed to hospital unconscious where he was treated with insulin. The insulin treated the symptoms of his diabetes, but on receiving the treatment he had a severe allergic reaction to the drug.

His mother Gema, said: “Straight after taking the injections he would go into a trance-like state, he was like a zombie, unable to communicate and function. We switched Taylor to an insulin pump hoping it would help, but then he started breaking out with painful red welts all over his body. It was so upsetting because nothing we were trying to do was helping to take the pain away. These welts eventually turned into permanent areas of abnormally sunken skin, into which no insulin could be given.”

His symptoms continue to get worse until he was in constant pain, sleep deprived with areas of abnormally sunken skin increasing over his body. His parents were worried about his erratic sugar levels and had to check on him every two hours through the night to make sure he didn’t slip into unconsciousness. After many rounds of tests it was finally identified Taylor’s allergy was only skin deep, which was when he was referred to GOSH.

Prior to the operation Taylor, a huge Manchester United fan, received a signed football shirt signed by the club’s manager José Mourinho. The gesture was arranged by the type 1 diabetes charity JDRF.

Jude Sutton, from JDRF’s North team said: “Taylor, like all living with type 1 diabetes, is showing extraordinary bravery in dealing with what is a tough condition. His allergy to insulin makes life even tougher but we hope this positive news provides Taylor and his family with some much-deserved respite.”