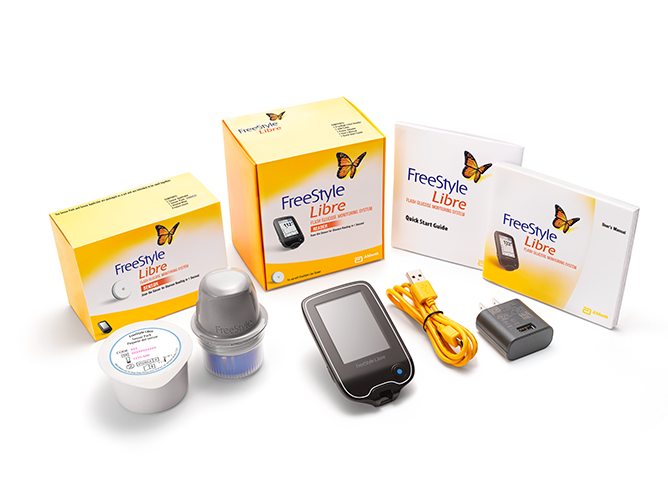 The FreeStyle Libre System will be available on the NHS from November 1 subject to local health economy approval.

The “game-changing technology” allows people with diabetes to track their blood sugar levels without having to prick their fingers.

Manufacturer Abbott announced today that it has secured reimbursement listing for the flash glucose monitoring system on the NHS Drug Tariff after getting the green light from the NHS Business Services Authority.

It will be available for reimbursement via the NHS across England and Wales, NHS Scotland and Health and Social Care in Northern Ireland for people with type 1 and 2 diabetes who are intensively-using insulin.

The flash glucose monitoring system is designed to change how people with diabetes measure their glucose levels and ultimately help them achieve better health outcomes.

The system automatically reads glucose levels through a sensor, approximately the size of a £2 coin, that is worn on the back of the upper arm for up to 14 days, eliminating the need for routine finger pricks and user calibration.

Two clinical trials and real-world evidence from more than 50,000 users show that people who use the FreeStyle Libre system scan their glucose levels an average of at least 15 times per day. In real-world use, higher rates of scanning to self-monitor glucose were found to be strongly associated with improved glucose measures, including decreased time in hypoglycaemia and hyperglycaemia  and reduced
estimated HbA1c.

He said: “The FreeStyle Libre system has been shown to offer life-changing improvements for people with diabetes intensively-using insulin, to help them live healthier and fuller lives. We are delighted with the Health Services’ decisions, and we look forward to partnering with them to provide the several thousands of people with diabetes with our innovative technology to help manage their condition.”

With the data from the FreeStyle Libre system, people can have a better understanding of their glucose levels through the Ambulatory Glucose Profile (AGP), a chart generated by the system that provides a visual snapshot of glucose levels, trends and patterns over time. It also provides doctors with deeper insights to help make more informed treatment decisions.

Mr Harris added: “We are in the process of implementing a multi-channel education and support programme for both patients and clinicians to ensure that the community is able to benefit from this reimbursement decision in the most effective possible way. We are also in direct communication with Local Health Economies to ensure that those intensively using insulin are given access to this innovative technology in the months and years ahead.”

Chris Askew is Chief Executive of Diabetes UK. He said: “Today’s announcement is fantastic news: Not since the transition from urine testing to finger-prick testing has there been such potential to transform the lives of people living with type 1 and type 2 diabetes through technology.

“Flash glucose monitoring can free people living with diabetes from the pain and rigour of frequent finger-prick testing, and puts them in greater control of their condition. In doing so, it has the potential to help prevent a host of devastating long-term complications. Today’s decision is testament to the commitment of campaigners, clinicians and policy makers to making this technology available.

“The challenge now will be that everyone who could benefit from this technology is able to access it where they live; Diabetes UK will be looking to local decision makers to ensure people living with diabetes get proper access to this potentially life-changing technology.”