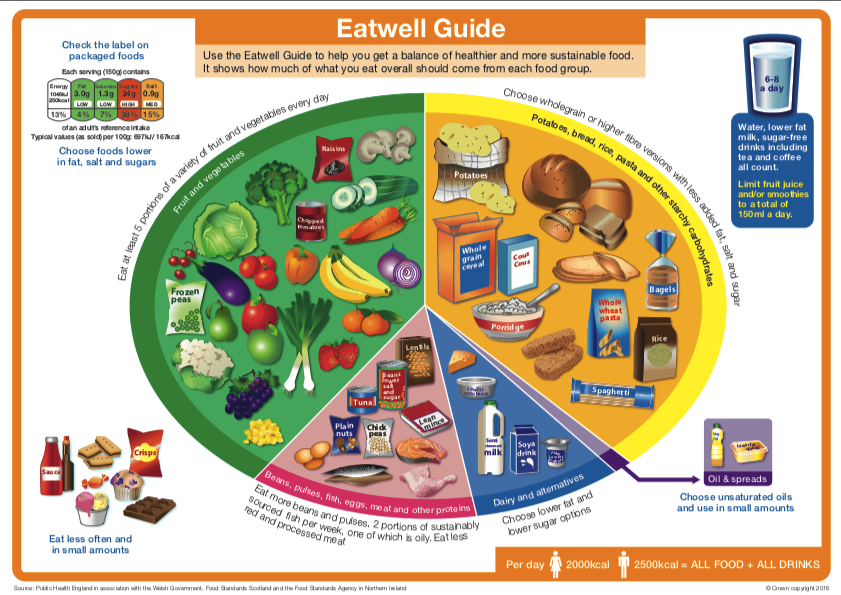 The Eatwell Plate has been slammed in the European Parliament, with the concept of basing diets on starchy foods being branded “misguided”.

The guideline says meals should include potatoes, bread, rice, pasta or other starchy carbohydrates, with low or reduced-fat cheese and yoghurt and preferably unsaturated oils and spreads.

It was first published in 1983, with the latest version released by Public Health England and officially known as the Eatwell Guide. According to gov.uk, it is a “policy tool used to define government recommendations on eating healthily and achieving a balanced diet”. 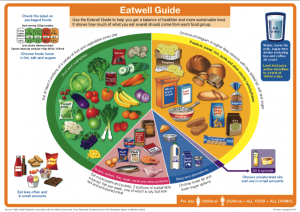 Dr Malhotra said: “If all UK diabetics were to follow guidelines reflecting the independent scientific evidence and ignore current low-fat diet government guidelines, it would reduce dependency on diabetes drugs and insulin by over 50 per cent, saving the NHS hundreds of millions of pounds annually.

“Basing diets on starchy foods is misguided and in my view, has been a direct cause of the obesity crisis. For decades, fat has been demonised and led to a huge market in low-fat products, a problem made worse by commercial influence. A complete dietary guidelines overhaul would reverse obesity, type 2 diabetes and heart disease and save billions every year.”

Sir Richard, a former  Royal College of Physicians president, added: “It’s more important to cut down on the calories in carbohydrates rather than the calories in fat, because it has caused a tsunami in diabetes. And we are all obsessed by sugar. We need to address this right now.”

However, Dr Alison Tedstone, chief nutritionist at Public Health England,  said: “High-fat diets are often high in calories and can lead to weight gain – this can increase the risk of heart disease, type 2 diabetes and some cancers.

“Too much saturated fat increases blood cholesterol, which also increases the risk of heart disease. “We recommend a balanced diet based on starchy high-fibre carbohydrates that are also low in saturated fats.”

The Low Carb Program developed by Diabetes.co.uk has been pivotal in making the case for a change in approach to dietary advice.

In just under two years, the Low Carb Program has a demonstrated cost saving of £835 per person, per year, for each person that completes the program through diabetes medication deprescription alone.

So far more than 270,000 have signed up and taken part in the initiative. Results show that people who complete the program reduce HbA1c by 1.2 per cent (13mmol/mol), lose seven per cent of their body weight on average and one in four people ‘reserved’ or put their type 2 diabetes into remission.