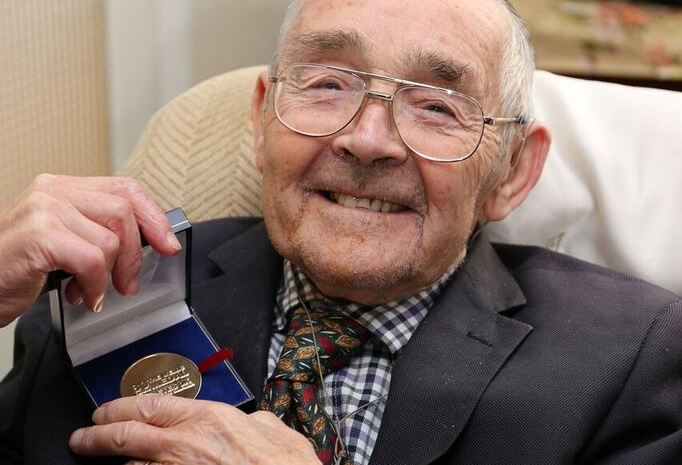 A pensioner from Colchester has become the first person in the UK to receive the H.G. Wells medal for living with diabetes for 80 years.

Mr Whittaker, 88, who was diagnosed with type 1 diabetes when he was eight-years-old, was presented with the award by Diabetes UK.

He has credited his late wife Doreen for helping him to manage his condition so successfully for so long.

They were married for 60 years after meeting in a sweet shop in Hertfordshire.

Mr Whittaker said: “Doreen passed away six years ago. But she used to look after me very well and make sure I was eating properly and generally looking after myself.

“My diabetes has never stopped me doing anything and people have always been very kind. I worked in the wages department of a company until I retired in my 60s and I only stopped driving two years ago.”

The H.G. Wells medal is awarded to people who have lived with diabetes for 80 years.

It was named after Herbert George Wells, who co-founded the Diabetic Association, now known as Diabetes UK, with Dr Robert Lawrence in 1934.​

The charity also awards medals to people who have lived with the condition for 50, 60 and 70 years.

Sharon Roberts, eastern regional manager for Diabetes UK, said: “It’s such a privilege to meet Clifford and to hear about his journey with diabetes. He is an inspiration, and has really shown that through managing your diabetes well you can live a long and healthy life.

“Diabetes is both a serious and a complex condition, making it vital that people get the care and education they need that can help them to manage their condition well. Poorly managed, diabetes can lead to devastating but avoidable complications such as blindness, amputation and stroke.

“At present too many people suffer these complications unnecessarily. But with the right care and education courses being offered to people with diabetes throughout their lives this doesn’t need to be the case; instead, they, like Clifford, can have the chance to live a long and healthy life.”