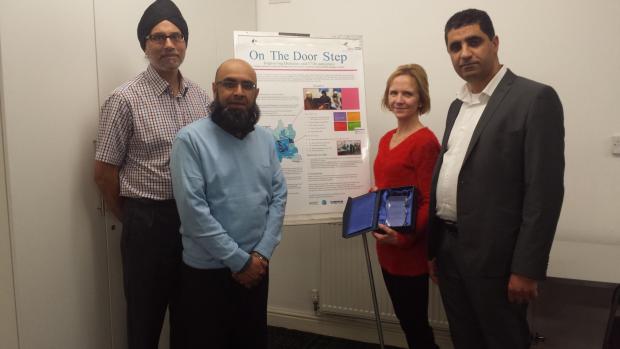 A pioneering health project aiming to reduce diabetes among Bolton’s South Asian community has been granted a £50,000 funding boost.

The scheme, which will involve recruiting community champions to help people manage their illness better, has been given the money by Diabetes UK.

Sister Lynne Bromley from the Mandalay Medical Centre in Astley Bridge spearheaded the project and has been working with the Bolton Council of Mosques to spread the word about managing the illness.

She said: “We are planning to train people up who live in the community and know the culture of the diagnosed residents so we’ve got a better chance of helping them to change.”

An initial £5,000 grant from the Queen’s Nursing Institute allowed Sister Bromley to begin work on the project, which involved screening 100 people from across Bolton.

Speaking to The Diabetes Times, Sister Bromley said: “We used the screenings to test engagement and we risk  assessed the patients to see if they were ok or whether they were deemed at risk.

“Once we had all the results we gave them small cards which had their results on and some relevant health information. If they were ok they got a green card, if they were at risk they got yellow, newly diagnosed people got red and for the people who already had diabetes they got a purple card.

“For those at risk we advised them to go and see their GP and we sent the completed demographic data about them to their GP. We were then able to check with the doctor to see if they made an appointment to address the health concern.

“We found about 50 per cent of the patients who we saw were diagnosed with pre-diabetes or a cardiovascular disease. Making a diagnosis means we can make contact with their community champion who may be able to change the clinical outcome.”