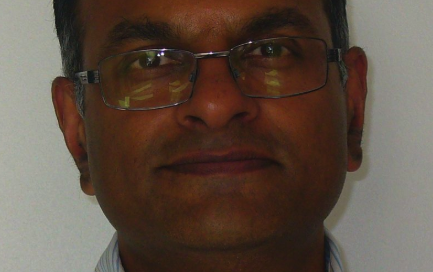 A “highly respected” diabetes consultant has agreed to take part in a live interview as part of the first ever Diabetes Times webinar.

Professor Ketan Dhatariya, a Consultant in Diabetes and Endocrinology at the Norfolk and Norwich University Hospitals NHS Foundation Trust, has agreed to be interviewed by Editor Oliver Jelley as part of the ‘Big Interview’ on Tuesday, May 25 at 3pm.

Professor Dhatariya has been in the medical profession for more than 30 years, but he started his diabetes career on the Isle of Wight, working for Dr Arun Baksi. The dad of two later continued with his training with a succession of registrar jobs in South East London between 1997 and 2001.

Since joining Norfolk in 2004, Professor Dhatariya has continued to make his mark in the diabetes sector. He has contributed to hundreds of research papers predominantly in his areas of interest which are inpatient diabetes, peri-operative diabetes care, the management of diabetes related emergencies and the diabetic foot.

If that was not enough to keep him busy, he also has several national roles in the UK and is currently the Chair of the Joint British Diabetes Societies Inpatient Care Group. It is with this role that he has led or co-authored several national guidelines on the management of various aspects of inpatient diabetes care including the guideline on peri-operative diabetes care.

He is the President of the Diabetes and Endocrine section of the Royal Society of Medicine. He is an Associate Editor of Diabetic Medicine and BMJ Open Diabetes Research & Care.

Professor Dhatariya said: “It’s a huge honour to be asked to take part in the very first Diabetes Times webinar. I am excited to be grilled by the diabetes equivalent to Jeremy Paxman, but I hope Olly goes easy on me!

“In all honesty I relish the challenge to be asked questions by such a highly respected journalist from the field of diabetes and I look forward to putting my views across about how COVID-19 impacted quality of care, whether we will continue to see a shift in the way we deliver care and how patients have, and continue to be affected.”

Mr Jelley added: “We’re excited to launch the first Diabetes Times webinar and we’re thrilled that an esteemed diabetes consultant such as Ketan has agreed to take part. We encourage people to sign up so they can take part in this opportunity and hear his thoughts and ideas on the current state of diabetes care in the country.”