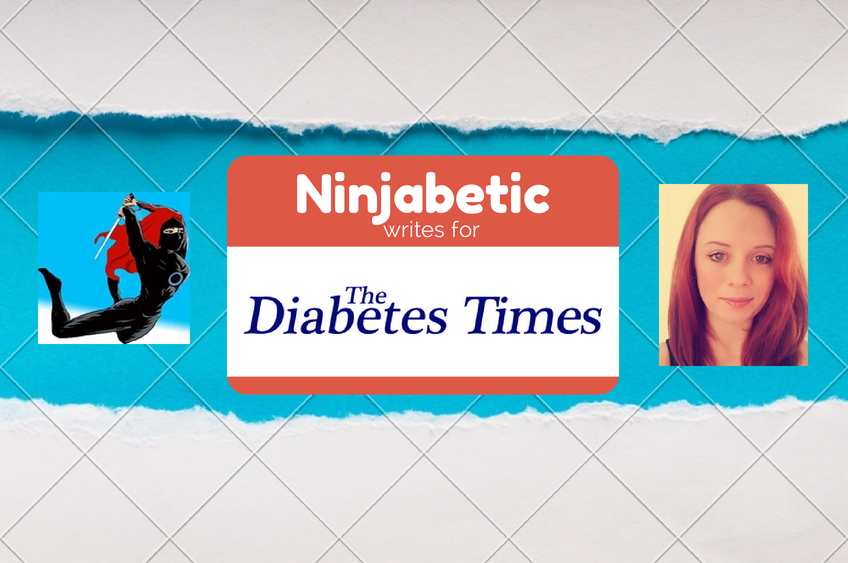 As many people in the world of diabetes will know, November is Diabetes Awareness Month. It is a time to raise awareness around the misconceptions of the illness, the day-to-day living, the highs and the lows that are faced, the challenges, the achievements, the strengths and weaknesses that diabetes can bring. It is a time to talk, to share, to debate and to provide insight and this month I really want to highlight an issue that many people with diabetes face.

This week I was privileged to hear a friend, Jacqueline Allan, deliver a session about diabulimia to an audience of diabetes healthcare professionals (HCPs), in order to provide insight into the condition that affects many of their patients. Whilst listening to Jacq articulately deliver her session, in a way that only she could, I was shocked that a quick show of hands (or lack of in this case) revealed than none of the HCPs in the audience had heard about diabulimia.

I first heard about this method of weight loss a few months after my diagnosis. My GP was running late for our appointment and came into the waiting room to explain to me that he had been spending time with a young girl who had stopped taking her insulin in order to lose weight. It wasn’t until 2009 (seven years later) that I heard about it again, when a news segment described the dangers that people with type 1 diabetes were facing as they manipulated or omitted their insulin for weight loss purposes. The media were calling it diabulimia.

It then started to receive exposure as more and more people started to share their experiences with one another, with the media, with charities and with HCPs. These honest and open discussions, as well as advocates like Jacq, are what inspires me to talk about the subject today and to hopefully raise even more awareness around it.

In my opinion, diabulimia does not receive the amount attention that it needs. It can be an incredibly delicate subject to discuss, especially for the people who are experiencing it and it deserves an understanding and supportive approach.

However, saying that, it is definitely not an easy subject to understand, for patients or professionals – it is very complex for a number of reasons. Many patients do not realise the dangers of manipulating or omitting insulin. They do not feel that what they are doing should be a concern of others and in many cases it’s the norm for them.

It is important that health care professionals recognise that diabulimia isn’t as simple as not taking insulin, the reasons behind it go far deeper than that, and as such there isn’t a quick fix to help a person recover.

Simply asking someone to start taking their insulin again is not an intervention. It is not addressing the issue. That is taking the easy way out of a difficult situation that a patient is in. Recovery takes time, honesty, compassion, dedication, team work and a completely non-judgmental approach.

The consequences of omitting or manipulating insulin are very serious. I’m sure I don’t need to tell any healthcare professional about the short term and long term complications that can arise from this, however what I would like to do is provide a little understanding into why it can happen.

Like I said, this month is about all raising awareness. I think it’s important that people know that weight loss may not be the initial intention for many people – needle phobia or just not wanting to inject are two reasons. Many people find that they really struggle to get into a routine of injecting insulin, as it is something that they have never had to do before, and as such the norm for them is to carry on as they did before their diagnosis.

Try to see this from your patient’s point of view; imagine yourself in their position and think about how you would feel being care free one day, then suddenly being faced with a lifetime of injections the next. How would you feel? Which coping mechanisms would you use?

Another reason can be control. Diabetes itself can be a very controlling condition for some. I hear many people say they own their diabetes, that they are in control and diabetes doesn’t control them, however for some this isn’t the case. Diabetes can feel suffocating, restricting and controlling for many reasons. Injecting, testing, counting, calculating, reviewing and the constant need to be one step ahead, for some, becomes too much. It can force some people to turn the other way, to run and hide from their diabetes and everything that comes with it.

In a similar way, power can lead to insulin manipulation or omission. By this I mean the feeling of having power over diabetes and making that decision not to inject or to restrict insulin. In a way it can lead to patients feeling that they do have some control in this very difficult situation. What is important to recognise here is that patients do need to feel empowered and this can be achieved by taking care of themselves and their diabetes.

Power also comes into play when we think about the barriers between patients and their HCPs. If you think about it, patients with diabetes tend to tell professionals about many aspects of their lives because almost everything affects it. I often feel that I have no secrets any more. Holding back, keeping some information to themselves, even outwitting those clever HCPs can feel like the patient has the upper hand. Patients need to be seen as equals, we need to remove the barriers and hierarchy between patients and professionals in order for patients to take ownership of their diabetes.

I could go on, but I have limited space. What I’m trying to say is that there are many reasons for why a patient chooses to omit insulin. Sometimes the only reason is weight loss, sometimes it is much more than that but either way the solution is not simple for the patient or the HCP. What I took away from Jacq’s session was that more people need to be aware of diabulimia. They need to accept that this is happening and that it is far more complex than just not injecting. I understand that the complexity makes treating it difficult, however the more we talk about it, the more awareness we raise, the harder we can work towards finding better treatments.