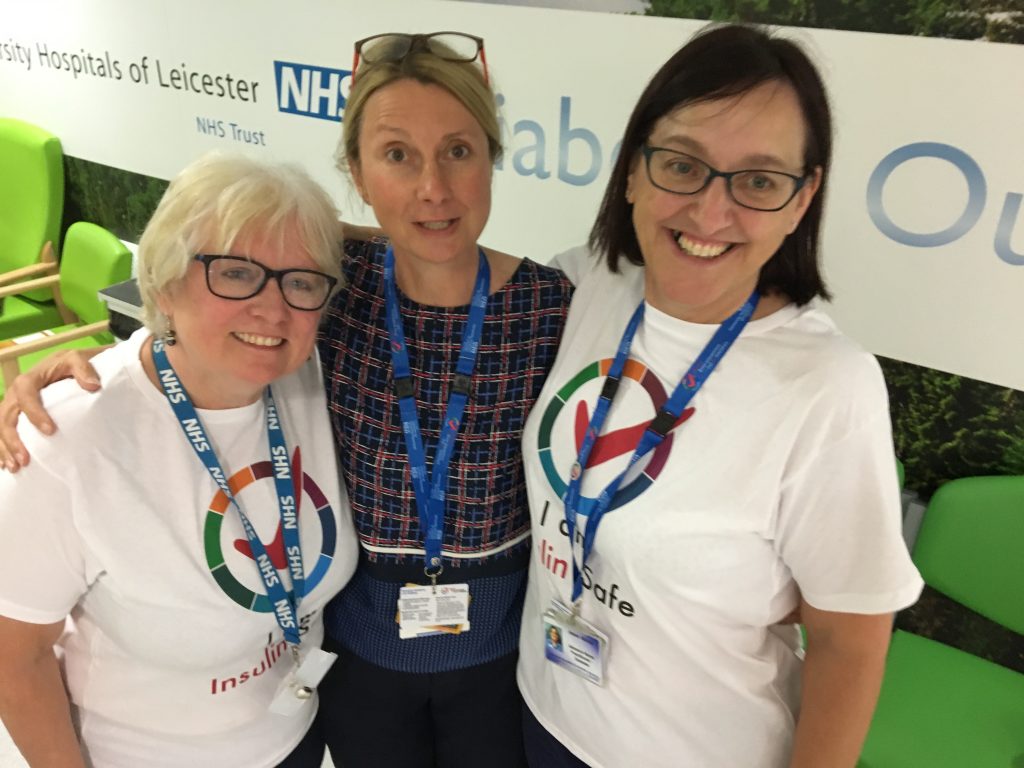 Insulin campaign gets safety message across

A themed week to raise awareness of insulin safety across a hospital trust has reached more than 1,000 staff members.

Leicester’s Hospitals have been staging Insulin Safety Week this week in a bid to educate nurses, doctors and other healthcare staff about insulin and the need to understand the drug and use it safely. 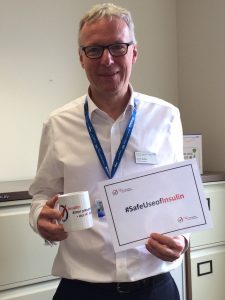 Members of the diabetes team have visited most of the trust’s 106 wards across Leicester Royal Infirmary, Leicester General Hospital and Leicester Glenfield Hospital to talk to staff about insulin safety, reaching a predicted 600-plus people.

An insulin safety competency framework for all nursing staff developed as part of the campaign is in the process of being adopted.

There have been 1,000 Insulin Safety Week cards, 200 pens, 100 pin badges and 60 mugs distributed across the trust’s three hospital to help spread the message, while members of the diabetes team has worn specially printed t-shirts.

The pens contain a pull-out with one side having a list of tips for doctors and the other side aimed at nurses. A screensaver with key messages on has also been introduced. The cards cover capillary blood glucose ranges, details about hypos and also how to refer people to the diabetes team. They also provide information about intravenous insulin and feet as well as daily reviews for diabetes charts with key information about abbreviating units.

The week received executive support and follows a much smaller pilot event which took place last year. The trust’s chief executive John Adler has supported Insulin Safety Week by tweeting a picture of himself with a mug and poster promoting the campaign.

It has been organised by Helen Atkins, advanced nurse practitioner and lead nurse for inpatient diabetes care and head of department Dr Kath Higgins.

Ms Atkins said: “It’s been about getting the message out there and being visible across the three hospitals and the response has been very positive.

“Staff need to realise the potential harm caused by underestimating insulin by not managing people on IV insulin properly. As one of our tweeters said Insulin is a lethal weapon when not respected.”