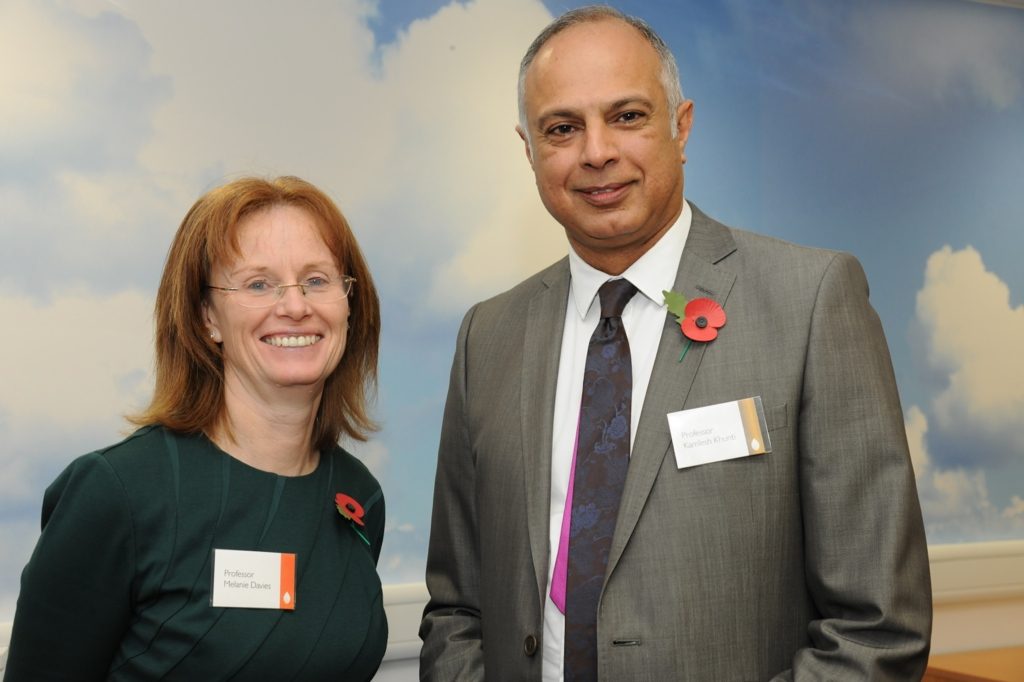 Leicester has become the first UK city to join a global campaign to raise awareness of and prevent type 2 diabetes.

A city-wide campaign is being launched as part of a global programme to raise awareness of type 2 diabetes by the Leicester Diabetes Centre in partnership with Novo Nordisk and Leicester city stakeholders.

The number of adults in Leicester with diabetes has risen by 33 per cent in the last five years, according to new figures. Figures compiled by NHS Digital show the number of people in the city with the condition rose from 21,138 in March 2012 to 28,253 in March 2017, an increase of 7,115 new cases (33.7 per cent) in five years.

In the 12 month period from March 2016 to March 2017, figures show that 833 people in Leicester have been diagnosed with diabetes. The majority of people with diabetes have type 2 diabetes, a condition linked to diet and lifestyle.

The increasing figures highlight the urgent need to tackle the current health crisis, which is why the Leicester Diabetes Centre is about to celebrate its involvement in the global Novo Nordisk Cities Changing Diabetes programme. The initiative has been launched in response to the dramatic rise of diabetes within urban areas.

Leicester will become the first UK city to join the global partnership programme and only the thirdEuropean City alongside Rome and Copenhagen. By working together it is hoped the participating cities will increase awareness and community engagement as part of a drive to reduce the burden of diabetes.

A launch event has been planned and will take place on Tuesday, May 1 at the City Hall between noon and 4pm.

The Leicester Diabetes Centre – a partnership and collaboration between the University Hospitals of Leicester NHS Trust and theUniversity of Leicester –is an international Centre of Excellence in diabetes research, education and innovation and is led by Professor Melanie Davies CBE and Professor Kamlesh Khunti.

Professor Davies CBE, Professor of Diabetes Medicine at the University of Leicester, said: “It was a huge honour to be announced as the first UK city to participate in this global programme, which we believe will provide an excellent opportunity for the Leicester Diabetes Centre and our partners across the city to work together to give the people in the city access to the best possible outcomes when it comes to preventing and treating type 2 diabetes.

“We have a long history of engaging with stakeholders and groups across the city including the City Council, local NHS including primary and secondary care, faith groups, schools and GPs. Their voice and ideas will steer the direction of Leicester’s Cities Changing Diabetes work. The launch is just one small part of the work we are doing and it will allow attendees to hear about our ambitions and also give us their ideas.”

The other cities involved are Houston, Johannesburg, Mexico City, Shanghai, Tianjin and Vancouver, all working towards tackling the increasing diabetes figures around the world.

Professor Khunti, Professor of Primary Care Diabetes and Vascular Medicineat the University of Leicester, said: “Working alongside the other global cities gives us an excellent opportunity to join forces in sharing solutions and driving positive action forward to fighting the worldwide diabetes epidemic.

“The fact that the number of adults living with diabetes in Leicester has increased by more than 30 per cent in just five years should not be ignored and indicates that something needs to be done urgently. Type 2 diabetes represents a significant challenge, especially in our multi-ethnic city, but a challenge we are committed to meeting.”

Leicester is an ethnically and culturally diverse city with only 50 per cent of its 340,000-population identifying themselves as being of white ethnicity, compared with an average of 87 per cent across the rest of the UK.

Novo Nordisk is a global healthcare company with more than 90 years of innovation and leadership in diabetes care.