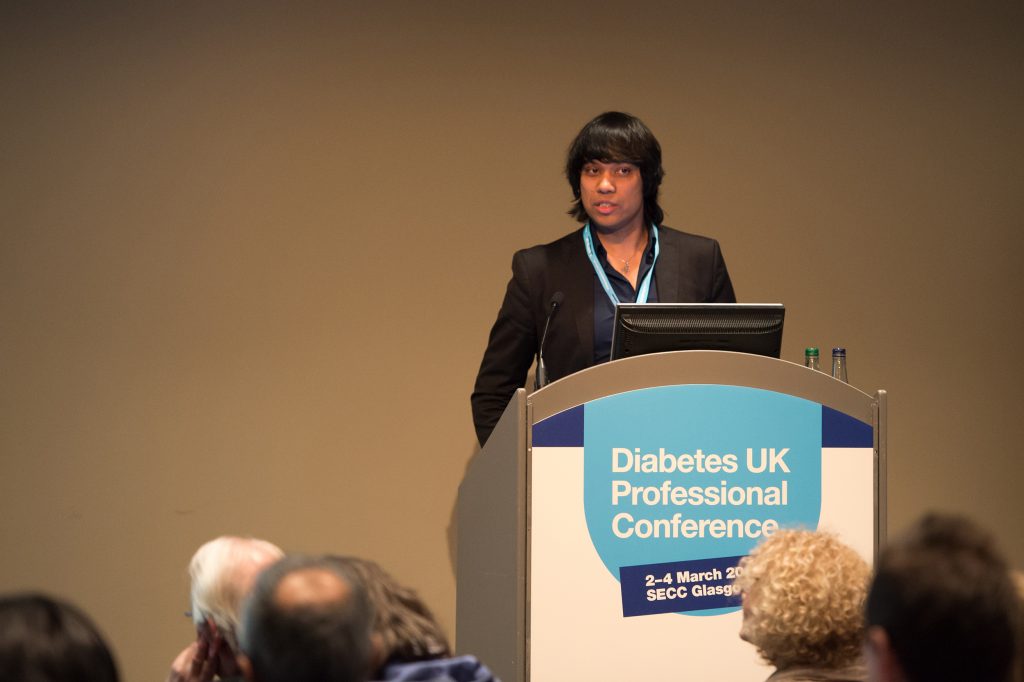 The new guidance represented “common sense” while criticisms were made about unrealistic targets during the exchange of views.

The ‘Individualising targets in diabetes: NICE or not NICE?’ discussion took place at the Diabetes UK Professional Conference in Glasgow on Thursday, March 3.

Professor Brian Frier, who is honorary professor of diabetes at the University of Edinburgh, Dr David Millar-Jones, a GP with a special interest in diabetes in Cwmbran, and Dr Partha Kar, a consultant in diabetes in Portsmouth, took part in the debate.

Professor Frier’s session entitled, which ‘Target for which patient’, looked at morbidity of hypoglycaemia and whether strict glycaemic control was appropriate.

Speaking to delegates, he said: “At last common sense has come into these guidelines and it’s not one size fits all. We’ve got to look at the individual patient.

“Finally the penny has dropped that the targets have to be individualised for patients.”

Dr Millar-Jones talked about the “tsunami of diabetes which is set to unfold” in the UK before telling the attendees that he felt “guidance is nice to have, but the best treatment will always be bespoke”.

Dr Kar, who is also the associate editor of The Diabetes Times, chose to compare the 2004 version of the NICE guidelines with the current document.

During his introduction he light-heartedly talked about other note-worthy events which occurred in 2004 such as the re-election of the US president George W Bush and the death of Superman actor Christopher Reeves.

He also made the point that the session was “categorically not about criticising NICE”.

The diabetes specialist also referred to the current recommendation that people should use four test strips a day, saying “type 1 patients getting four strips everyday exists in Narnia, not in the NHS”.

He praised structured education and urged NICE to commission Dose Adjustment For Normal Eating (DAFNE) across the entire country and not just in small areas.

He told the audience: “You’re a strong voice, use it. We need the help in the system if you want to improve care. We need your backing.”

Laura said she wanted to speak from a patient’s prospective about the guidelines saying they made her feel like “I’ve been placed in a box which I don’t necessarily fit into”.

She also spoke about the 6.5 per cent target of HbA1c levels which she said was a “hot topic” at the moment in the online diabetes community, adding that if she failed to meet the recommended target she would feel: “I’m not good enough when compared to others”.

The blogger also questionned why insulin is taken away from people with diabetes when admitted to hospital.

She said: “Patients manage their insulin 24/7. Having the insulin locked away in a fridge takes away our power and identity. Ultimately it provides a negative hospital experience. If I’m willing and able to take my insulin, which I do on a daily basis, then I should be able to do in hospital.”

The influential online writer urged the healthcare professionals in the room to talk to their patients about their concerns regarding hospital admittance.