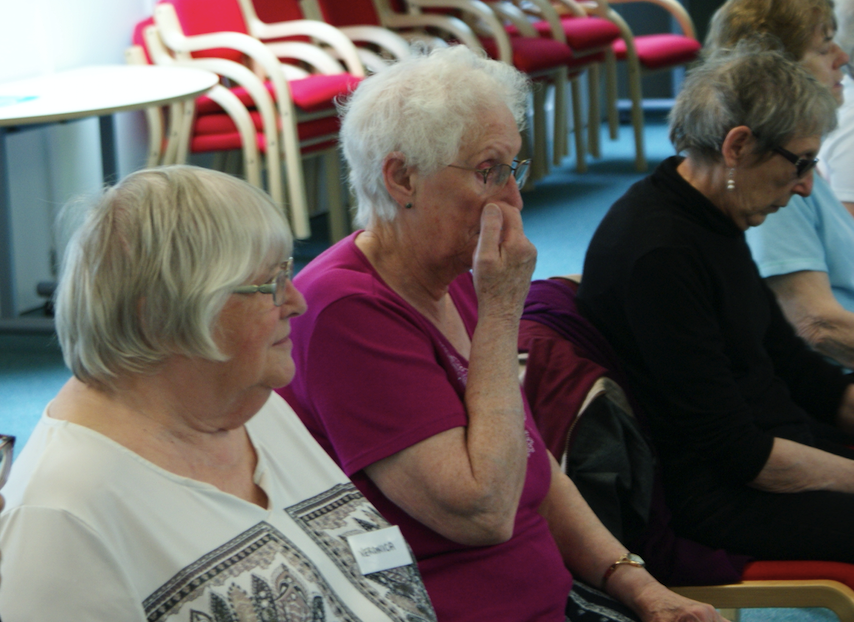 A woman who has been taking part in major diabetes and frailty study has spoken about how it has boosted her health.

Veronica Gudgin, from Luton, signed up to take part in the Sarcopaenia & Physical fRailty iN older people trial (SPRINTT) which is comparing exercise and nutritional counselling with general lifestyle advice.

The 76-year-old, who has asthma, chronic obstructive pulmonary disease (COPD) and bronchiectasis, said: “I’ve been attending exercise classes twice a week since January as part of the activity study group. I always look forward to coming along to the sessions.

“I’ve found the exercises open my airways up which helps my breathing and it also improves my balance. Learning these simple activities has also helped with my confidence, as well as improving my health. They’ve totally revived me and taking part has been a breath of fresh air.”

The three-year study is part of a major European project involving 1,500 people across nine different countries. More than 60 men and women aged 70 years and over from the Bedfordshire area who are frail and have sarcopaenia, have signed up to take part.

Chief investigator, Professor Alan Sinclair from Diabetes Frail based at the Medici Medical Centre in Luton, said: “The aim is to find the best way to treat older people who suffer from two common  age-related conditions, frailty and sarcopaenia, in a bid to improve their quality of life.

“Not only do we want to find a suitable treatment, but we also want to find a way of preventing these conditions which can plague the older generation. We know that old age can make people more prone to developing health problems which increases the risk of disability.”

Participants are randomly split into two groups, with one doing the same exercise classes as Veronica and the other group attending fortnightly lifestyle workshops called the Healthy Ageing Lifestyle Education (HALE) programme, which covers topics relevant to people their age.

Champa Chavda, 73, who has been going to the HALE sessions, said: “The meetings I’ve been to have covered subjects about dementia, diet, medicines, first aid and the general worries people may have about their day-to-day life. It’s been really insightful and is a great support network.”

Professor Sinclair added: “We had anticipated to receive positive comments from people attending the exercise group, but so far, participants in the HALE group also appear to be enjoying their classes too.”

Potential participants are still being invited to be screened for the study and the SPRINTT researchers are eager to hear from older people who are feeling weak and fatigued and have reduced their physical activity. Those who would like to participate can contact Professor Sinclair’s office on 01582 738464.

The research is being funded by the European Commission and is being supported by Active Luton, which is a charitable trust that strives to improve the lives of Luton’s residents whatever their age, ability, way of life or culture.

Diabetes Frail is a not-for-profit research and educational organisation which explores the emergence of frailty in ageing populations and its association with diabetes.