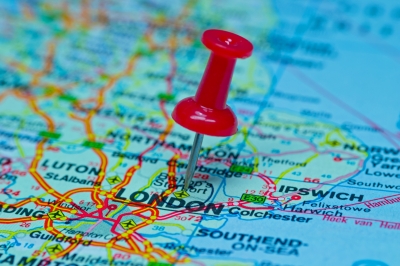 People with diabetes are four times more likely to get vital annual checks depending on their postcode, according to a new online tool.

The data on Diabetes UK’s Diabetes Watch (http://diabeteswatch.diabetes.org.uk/) – which enables people with diabetes to compare care in their area with care around the country – shows that just 18.5 per cent of people with the condition in Mid-Essex get the eight annual checks recommended by the National Institute for Health and Care Excellence. It is one of 27 areas in England where less than half of people with diabetes receive these checks.

In contrast, Stafford and Surrounds Clinical Commissioning Group (CCG) gives the checks to 78.3 per cent of the 6,893 people diagnosed with the condition in the area. It is one of 25 areas where over 70 per cent of people with diabetes get the checks.

According to Diabetes UK, the fact that CCGs such as Tower Hamlets and Slough, which face significant health challenges, are giving the checks to over 70 per cent of people with diabetes shows it is possible for this to happen everywhere. The charity has responded to the new analysis by calling on poorly performing CCGs to set out how they plan to improve and for the Government to explain how it intends to ensure that people with diabetes all over the country have access to good quality healthcare. It also wants to encourage people with the condition and their families to use Diabetes Watch so they are better able to hold their local NHS to account.

Barbara Young, Chief Executive of Diabetes UK, said: “It is important that everyone with diabetes gets these checks at least once a year, so it is deeply worrying that the proportion having them varies so widely from area to area.

“Considering how they can help prevent devastating health complications such as amputation and blindness, having a fourfold difference between the best and worst performing areas is simply not good enough. If over 70 per cent of people with diabetes in areas with significant health challenges are getting the checks then there is no good reason why this should not be happening everywhere.

“But as things stand, the postcode lottery of diabetes checks means many thousands of people are missing out on vital healthcare that has the potential to identify problems early enough for them to be treated. We want CCGs that do not give these checks to enough people at the moment to set out how they plan to improve the situation and for the Governments to explain how it is going to ensure people with diabetes can be confident they will get good quality care, wherever they live.

“We also hope that by giving people with diabetes information about how care in their area compares to other areas, our Diabetes Watch tool can help empower them to hold their local NHS to account.”

Lilly and Diabetes UK are proud to be working together on the Diabetes Watch Online Tool, supported by funding from Lilly.

The picture is by Grant Cochrane and is from www.freedigitalphotos.net.