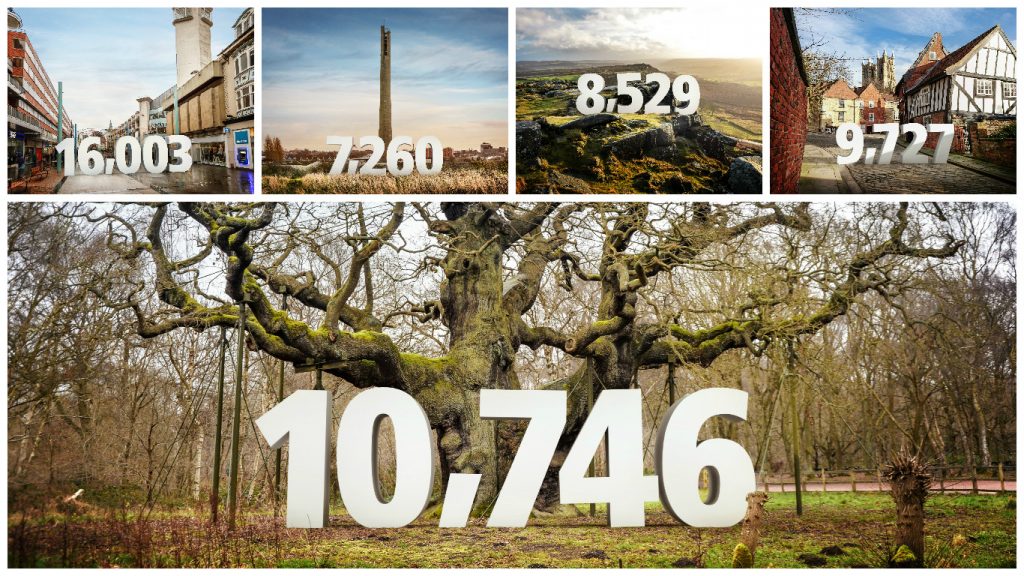 A campaign to raise awareness of a national drive to prevent type 2 diabetes is taking place in the East Midlands.

A Diabetes Prevention Roadshow will see mobile diabetes units from diabetes charity Silver Star stationed in various locations around the region as part of the campaign, organised by the East Midlands Cardiovascular Clinical Network.

This will give members of the public the opportunity to find out what their risk of developing type 2 diabetes is. If deemed high, they will be referred straight onto the programme.

Also, to mark the campaign a series of images, see above, of landmarks or recognisable locations with giant numbers illustrating the people diagnosed with diabetes in each county within the last five years have been released.

Since the Healthier You: NHS Diabetes Prevention Programme started in the East Midlands in July 2016 more than 2,000 people have been referred onto the educational programme. Participants receive tailored support to help them make positive changes to their diet, weight and the amount of physical activity they do to significantly reduce the risk of, or even stop them from developing type 2 diabetes.

Martin Cassidy, quality improvement manager, East Midlands Cardiovascular Clinical Network and lead coordinator for the NHS Diabetes Prevention Programme in the East Midlands, said: “The fact that Type 2 figures have increased in the East Midlands comes as no surprise as we already know the condition has become a major and worrying health concern.

“The Healthier You: NHS Diabetes Prevention Programme, which is gradually being rolled out across the country, has been implemented to help those who are at risk of developing type 2 diabetes.

“It is essential we start to tackle the diabetes ticking time bomb before it’s too late. The NHS is already struggling to cope with treating the condition and the complications it can create if not managed correctly.”

Dr Yassir Javaid, the clinical lead for Diabetes for the East Midlands Clinical Network, said: “The NHS is struggling to cope with the demands of managing diabetes and its complications.

“That is why we are focusing on identifying patients at high risk of diabetes and offering them education about the dangers of type 2 diabetes and how it can be prevented.”

Latest statistics have been released to coincide with the campaign and show the number of people in the region with the condition rose from 212,093 in March 2011 to 264,358 in March 2016, which is an increase of 24.6 per cent in five years. It means that one in 14 people across the East Midlands now has type 2 diabetes.

During the past 12 months, figures show that 9,747 people have been diagnosed – an increase of 3.8 per cent.

That means 6.95 per cent of the region’s population has diabetes. The vast majority of people (90 per cent) have Type 2 diabetes which is linked to lifestyle.