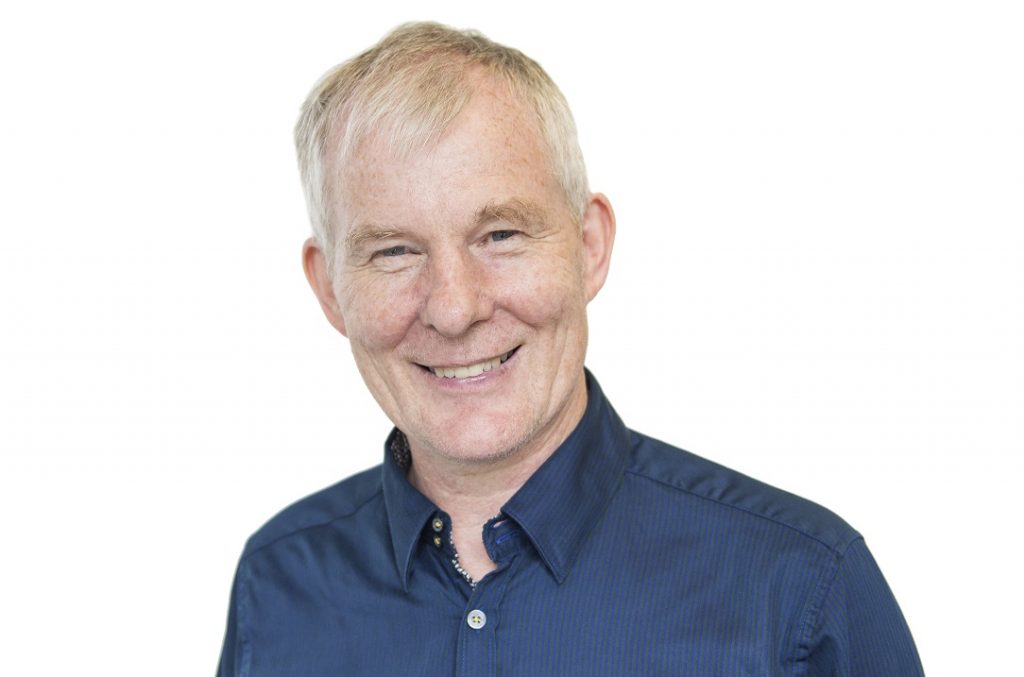 Professor Andrew Hattersley, who works at the University of Exeter Medical School, is only the second person to be awarded the European Association for the Study of Diabetes (EASD)–Novo Nordisk Foundation Diabetes Prize for Excellence.

The prize recognises Professor Hattersley’s outstanding research into genetic forms of diabetes for which Exeter is now the world leading centre for diagnosis, clinical care, education and research.

Professor Hattersley, who is also a diabetes consultant at the Royal Devon and Exeter NHS Foundation Trust, said: “It is a great honour to receive this prestigious award. I have been very lucky to work with superb colleagues in Exeter over the past 21 years.

“This award recognises their outstanding efforts as much as my own. It has been very exciting to see the science of gene discovery have a direct impact on patient care.”

Andrew Hattersley personifies a complete clinician scientist who has transformed our understanding, diagnosis and treatment of monogenic diabetes

When Professor Hattersley arrived in Exeter in 1995, he  was working mainly as an NHS consultant and at the time there was no genetics laboratory on the hospital site.

With his colleague, molecular geneticist Professor Sian Ellard, they set up a laboratory that combined both research and NHS diagnostics from the start and decided to specialise in rare genetic types of diabetes.

Very early on they were joined by diabetes specialist nurse Professor Maggie Shepherd who led the professional and patient education as they discovered new sub-types of diabetes and worked out how to diagnose and treat them.

The final member of the early team, who is also still in Exeter, was their first PhD student Tim Frayling who is now a professor and world leader in the genetic predisposition for common types of diabetes and obesity.

This band of four friends has built-up an world-beating research team around them and established a diagnositic genetic service that provides testing for patients, not only as the NHS centre in the UK but also for patients from 87 countries internationally.

I would like to congratulate Andrew Hattersley on his outstanding achievements, which include not only making new discoveries but also translating research results into clinical practice to benefit people with diabetes

Monogenic diabetes occurs because one of the three billion bases in a patient’s genetic code is altered.

To explain how difficult trying to find the cause of this type of diabetes the University said it was like “looking for one spelling mistake in a library full of books”.

Professor Hattersley and his colleagues in Exeter have found the single altered base in three billion for 15 different genetic types of diabetes.

Finding the genetic cause of the diabetes has led to the recognition of new sub-types of diabetes that have unique clinical features, with specific requirements for their treatment and clinical care.

The most dramatic example is that most patients diagnosed with diabetes in the first six months of life who were expected to be on insulin injections for their whole lives have been shown by the Exeter researchers to get better control of their blood glucose with tablets.

These results have meant that treatment decisions are based on the gene mutation an individual has, thus providing a precision medicine approach to this subgroup of diabetes, revolutionising diagnosis and treatment worldwide.

The prize is awarded in collaboration between the EASD and the Novo Nordisk Foundation.

A special prize award committee, established by the EASD, decides the winner of the prize, and the Novo Nordisk Foundation donates the funds accompanying the award.

Professor Juleen Zierath, president of the EASD, said: “Andrew Hattersley personifies a complete clinician scientist who has transformed our understanding, diagnosis and treatment of monogenic diabetes. He is an obvious recipient of this prestigious prize.”

Birgitte Nauntofte, CEO of the Novo Nordisk Foundation, said: “In awarding this major prize for diabetes research, the Novo Nordisk Foundation wants to recognize the absolutely best researchers within this important field. I would like to congratulate Andrew Hattersley on his outstanding achievements, which include not only making new discoveries but also translating research results into clinical practice to benefit people with diabetes.”

This makes it the world’s biggest personal diabetes-related research prize. He will share the financial prize with his colleagues in Exeter.

It will be officially awarded at a ceremony at the 52st EASD Annual Meeting in Munich, Germany on 14 September when Professor Hattersley will give a lecture to the 20,000 delegates.