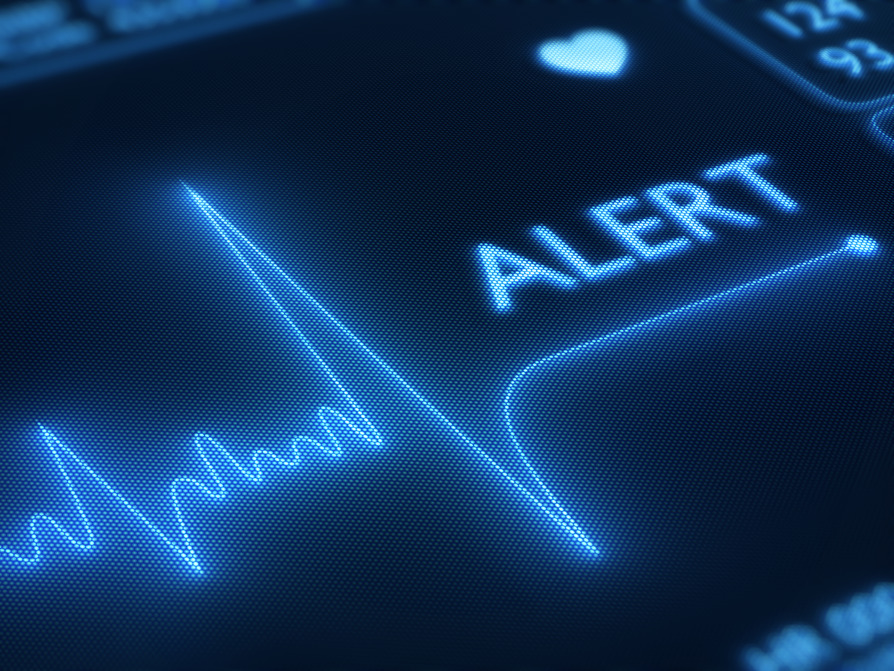 A national alert has been issued about the threat of severe harm and death from withdrawing insulin from pen devices.

A Patient Safety Alert warning NHS providers about using insulin needles and syringes to administer the drug directly from a pen device or replacement cartridge has been released to avoid insulin overdoses.

NHS Improvement has issued the warning about the dangerous practice after 56 incidents were reported to the National Reporting and Learning System (NRLS) between January and June 2016.

The alert asks healthcare providers to ensure staff have access to appropriate equipment and training for administering insulin using a pen device by 11 January 2017. 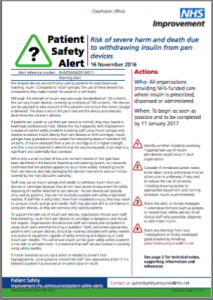 It states: “Patient safety concerns have been identified where healthcare professionals use an insulin syringe and needle to withdraw medication directly from a patient’s insulin pen device. This practice should not happen as the strength of insulin in pen devices varies, creating a risk of overdose if the strength is not taken into consideration when determining the volume required.

“Reports suggest this practice has occurred where staff have not had access to equipment for safely disposing of needles attached to pen devices, and/or lack training in the use of insulin pens.”

Although the strength of insulin was previously standardised at 100 units/mL, this can vary in pen devices, currently by multiples of 100 units/mL. Pen devices can be adjusted to take account of this variation and ensure the correct dosage is delivered. The dose is set on the pen’s dial and the device automatically determines the volume it delivers.

A spokesman for NHS Improvement added: “If people with diabetes are unable to use their pen device as normal, they may require a healthcare professional’s help. Where this has happened, NHS Improvement is aware of patient safety incidents involving staff using insulin syringes and needles to extract insulin directly from pen devices or refill cartridges.

“Insulin syringes have graduations only suitable for calculating doses of standard 100 units/mL. If insulin extracted from a pen or cartridge is of a higher strength, and that is not considered in determining the volume required, it can lead to a significant and potentially fatal overdose.

“While only a small number of low and no-harm reports of this type have been identified in the National Reporting and Learning System, our networks confirmed that the practice appears to occur more widely. Extracting insulin from pen devices also risks damaging the device’s mechanism and will not be covered by the manufacturer’s warranty.”

NHS organisations need to identify whether:

The NRLS was searched on 4 October 2016 for medication incidents occurring between 1 January 2013 and 30 June 2016 using a series of relevant key words. The results flagged up 56 incidents were associated with withdrawing insulin from insulin pens or refill cartridges:

The alert stated: “These incidents showed evidence of issues with the availability of appropriate safety needles and a lack of adequate training for staff in using insulin pens and safety needles, in both community and hospital settings; and also a lack of training for patients.”

For more information about the alert, click here. Any learning from local investigations or locally developed good practice can be shared by emailing patientsafety.enquiries@nhs.net.