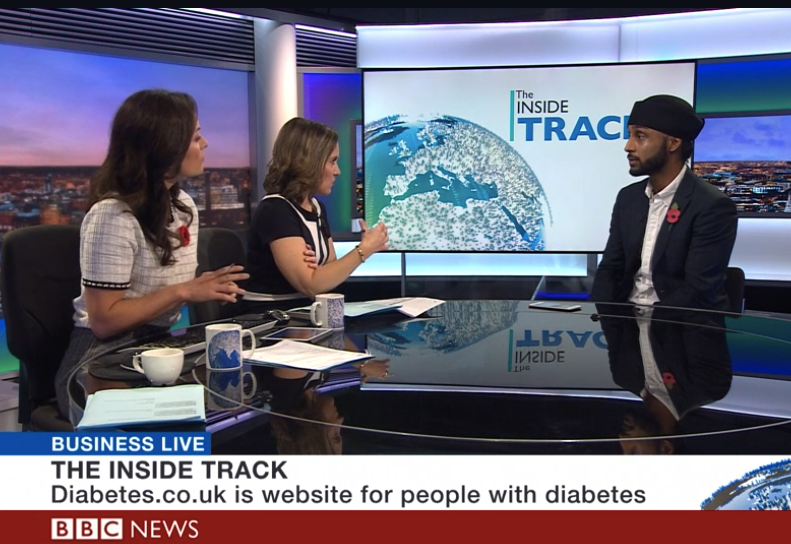 Type 2 diabetes does not have to be a “chronic and progressive disease” as demonstrated by data from the Low Carb Program, according to the organisation’s founding CEO.

Previously, type 2 diabetes was understood to be a chronic and progressive disease, whereas the data we’re providing is going to show that it doesn’t have to be, Arjun Panesar

Speaking live in the studio, Arjun said: “The Low Carb Program is a digital health intervention that provides patients with personalised education, support and resources so they can achieve their health goals.

The Low Carb Program is a 10-week, evidence-based structured behavioural change programme supporting patients with type 2 diabetes and pre-diabetes to place their condition into remission. A low-carbohydrate approach to blood glucose control can help people lose weight, improve their health and wellbeing, and their medication dependency.

Outcomes of the platform were published in JMIR Diabetes earlier this year.

The platform received QISMET approval earlier this year, enabling patients with type 2 diabetes to be provided the program as structured education.

Arjun Panesar, who is the Chief Executive Officer of Diabetes Digital Media and co-founder of Diabetes.co.uk, appeared on BBC Business Live to coincide with the launch of #DiabetesAwarenessMonth.Mr Panesar spoke about the Low Carb Program's one-year health outcomes which were published earlier this year in the peer-reviewed Journal of Medical Internet Research. For more information visit: https://bit.ly/2EU63E0

Posted by Diabetes.co.uk on Thursday, 1 November 2018

Inspired by his grandfather

Diabetes Digital Media is best known for operating the world’s largest diabetes community, Diabetes.co.uk. Arjun founded the Diabetes.co.uk forum after his grandfather was diagnosed with type 2 diabetes and “wasn’t sure what to eat”.

Arjun added: “Food and nutrition has always been a concern for people with diabetes and it was exactly the same for my grandfather. It was around the same time Twitter and Facebook were coming out to the UK, so we launched the world’s first diabetes support forum.

“Diabetes.co.uk is really just one strand. We provide a number of digital health solutions that are for people with diabetes.”