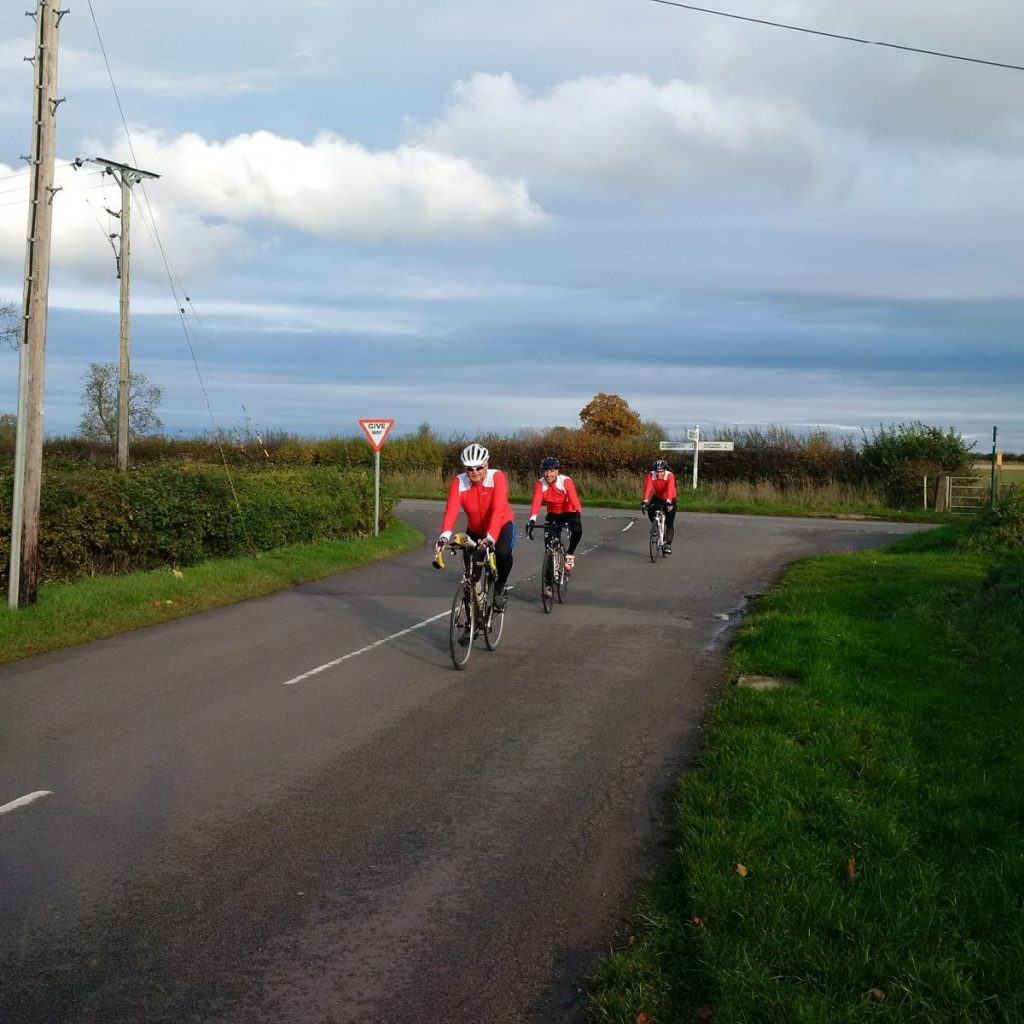 A team of three cyclists who covered 180 miles during a charity bike ride have raised more than £500 for  the diabetes charity JDRF.

The bikers, from Nipro Medical Europe which makes blood glucose meters, set out on Tuesday, November 3 from the Norfolk and Norwich Hospital.

On the same day, the team at the company’s head office in Fareham, began a cyclathon which meant keeping a bike spinning for the whole working day. Their target was to beat the mileage which the team on the road would be covering.

The team on the ground, made up of Loz Rawlings-Johnson, Ryan Wilkes and Sam Healy, completed 100 miles on the first day before they settled in Stamford over night. They then travelled via Leicester the next day, where they were met at Leicester General Hospital by staff who fed them cake and coffee, before finishing the final leg in Birmingham.

However, the cyclists who had endured cramp and exhaustion throughout the bike ride, were forced to stop just over a mile away from the end and a Primary Care Diabetes Society committee champagne reception due to an accident.

Colin Campbell, who travelled alongside the cyclists in the support vehicle, said: “They were cycling through a private residential estate to avoid all the motorways around Birmingham. The light was poor and as Loz went over a speed bump at about 20mph he fell forwards and was injured.

“He sustained a complex collarbone fracture and head injuries. He’s being operated on later this week, but he’s ok. He’s up and about.”

Despite that, Colin said the entire team did well and they were all overwhelmed by the support they received.

“A special mention goes to the Holiday Inn in Birmingham following the ride. Staff there baked cakes and sold them in reception to raise money for JDRF, which we thought was a great idea and very supportive to what we were doing.”

To make a donation, visit the team’s Just Giving page.