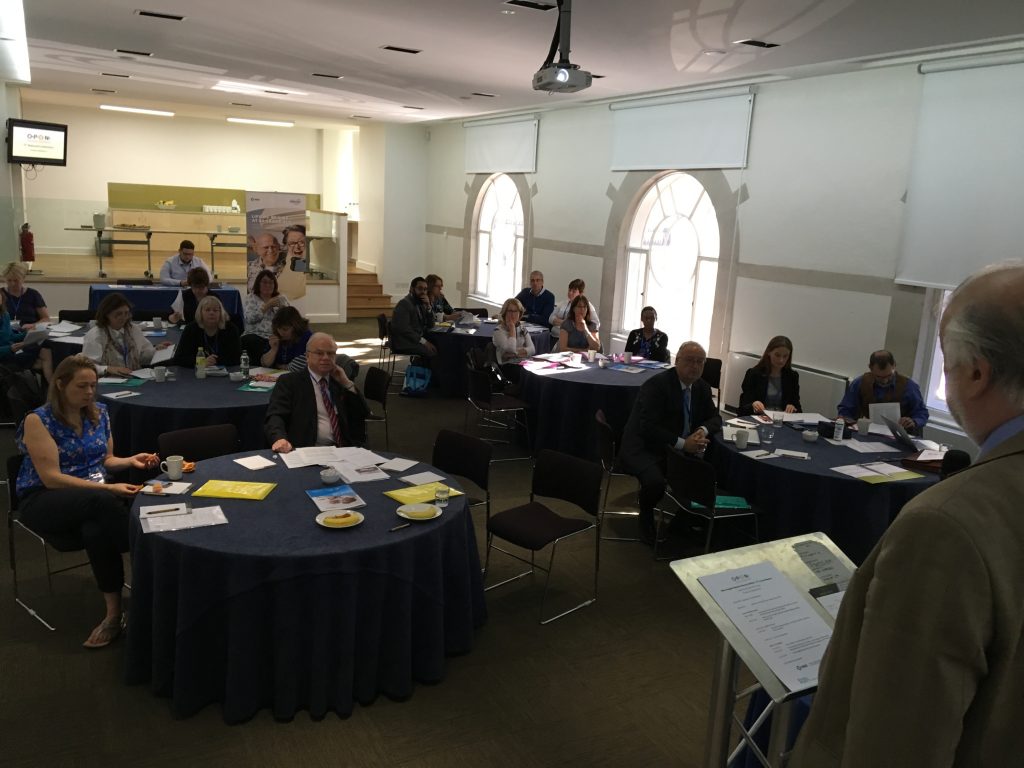 Frailty, sarcopenia and the importance of physical activity and individualised care were themes of the 5th National Conference of the Older People’s Diabetes Network (OPDN).

The challenge of how to improve the care of older people with diabetes was addressed at the latest meeting of the network dedicated to raising standards. 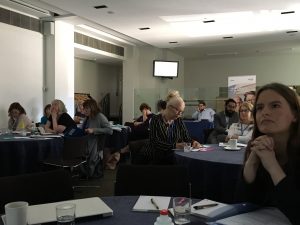 Healthcare professionals, care home managers and people with an interest in the field met at Friends House in London on Thursday, September 27, with the focus of ‘Public health and the Older Adult with Diabetes’.

One the speakers, Dr Sri Bellary, a Reader in Medicine at Aston University, called for tailored care, saying: “We now have the science, but we have lost the art of medicine, there is a focus on protocols instead of individualising care.”

The comments came after he provided a summary of latest medications in his ‘Diabetes treatment update’. Dr Bellary concluded: “Our understanding of the relationship between glucose control and cardiovascular disease has improved considerably in recent years.

“Cardiovascular disease remains an important factor in older people. New diabetes treatments offer hope of not only causing no harm but additional benefits, more studies are however needed in the very elderly.”

Professor Alan Sinclair, who is the network’s Director and Clinical Lead, gave a talk titled ‘Primary care and care home residents with diabetes’ along with Professor Roger Gadsby, an Honorary Associate Clinical Professor at the University of Warwick. 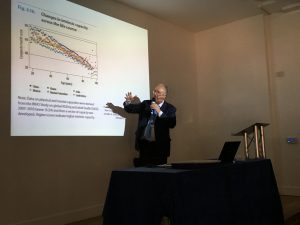 Professor Sinclair reviewed pathways, and covered the prevalence of diabetes in care homes, citing his Birmingham Study (2001) which showed that it was 26.7 per cent across both residential care and nursing homes. Raising standards of care thanks to the CQC inspector guidelines led by Professor Sinclair and end of life care issues were also discussed.

Then Professor Gadsby highlighted principles of care gained from a recent published literature review and discussed the benefits of individualised care, calling on care homes to introduce individualised exercise programmes.
Professor Gadsby went on discuss frailty, saying: “Frailty is now moving into mainstream clinical practice. I think Alan and Leo [Professor Rodriguez Manas, a speaker at the OPDN) have had tremendous foresight in seeing this through, as it is now beginning to be featured in published clinical guidelines.”

He said a NICE consultation was looking to alter QOF diabetes indicators for HBA1c, blood pressure and cholesterol, and modifying HbA1c goals to ensure that people moderate to severe frailty are not overtreated.

Professor Leocadio Rodríguez-Mañas, who Professor Gadsby had previously praised along with Professor Sinclair, deliver a session called ‘Getting a grip on frailty’, where he stated: “We now have a big opportunity in our ageing society, with the current challenge being not to increase life expectancy but to prevent disability and improve quality of life.”

Fellow speaker, Lesley Simpson, from NHS Buckinghamshire Clinical Commissioning Group, delivered a presentation called ‘War on waste’ which culminated in her leading all of the delegates through a 10-minute exercise session, to highlight her points.

She said sarcopenia, the degenerative loss of skeletal muscle mass, was an important factor in functional decline but could but halted by exercise, stating that: “Physical activity has a profound importance in our health”.

She said: “Sarcopenia has a multifactorial cause, with associated declines in activity and nutrition, disease states, inflammation, changes in neuromuscular junctions activity, and ageing-relating changes in mitochondria, apoptosis, and the angiotensin system recently found to be contributory.”

There was also a live foot inspection during a talk from John Simpson, CEO, SkyRocket Phytopharma (UK) – makers of Neuropad, and senior podiatrist Gemma Andrews, Regional Clinical Manager at Shuropody, about the importance of detecting nerve damage in feet.

The aim of the network is to bring together health and social care professionals who share the common purpose of ensuring older people with diabetes get the highest quality of care.

Professor Sinclair added: “The OPDN plays an important role in showcasing the latest innovations and successes in the field of diabetes and older people as well as tackling the greatest challenges.

“We are committed to ensuring that older people with diabetes get the level of care that they deserve.”

The network is hosted by RIA Diabetes & Education, an organisation dedicated to excellence in diabetes education and care.

As well as leading RIA Diabetes & Education and the OPDN, Professor Sinclair is also the Director of Diabetes Frail, based at the Medici Medical Centre, in Luton, and he remains focused on exploring the emerging importance of frailty as a better-defined concept in ageing populations and its association with diabetes.