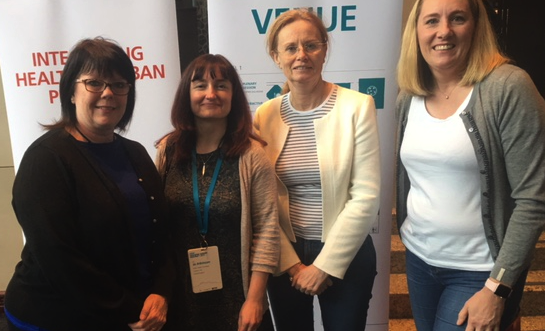 Leicester has become the first UK city to join a global diabetes programme which aims to tackle the dramatic rise of type 2 diabetes in urban areas.

The Leicester Diabetes Centre, responsible for this unique partnership, is a world-leading clinical research, evidence-based education and cutting-edge innovation. Based at Leicester General Hospital, and serving as a partnership and collaboration between the University Hospitals of Leicester NHS Trust and the University of Leicester, it is now Europe’s largest diabetes facility, with strong links to local Clinical Commissioning Groups.

Leicester will join the likes of Copenhagen, Mexico City, Rome and Shanghai in becoming part of the Cities Changing Diabetes programme.

It is home to one of the largest populations of people with diabetes – almost 9 per cent of its residents – well above the national average of 6.4 per cent.

Professor Kamlesh Khunti, professor of primary care diabetes and vascular medicine at the University of Leicester and director at Leicester Diabetes Centre (LDC), said: “Type 2 diabetes represents a significant challenge, especially in our multi-ethnic city, but a challenge we are committed to meeting. The launch of the Cities Changing Diabetes programme here in Leicester will be a major boost to help us drive positive environmental changes that could reduce the risk of developing type 2 diabetes, as well as ensure those with the condition have the right level of support and education to manage it properly.”

Launched in 2014, Cities Changing Diabetes is a partnership programme initiated by Novo Nordisk, University College London and Steno Diabetes Center Copenhagen to innovate new approaches to the prevention and management of type 2 diabetes.

Professor Melanie Davies, Susan Enright and Joanne Atkinson from the LDC, attended a dedicated global summit on the Cities Changing Diabetes programme in Houston in October, which brought together clinical and policy leaders from the partner cities to discuss the global pandemic of ‘urban diabetes’.

Professor Davies CBE, professor of diabetes medicine at the University of Leicester and Director at LDC said: “Cities Changing Diabetes is a once in a generation opportunity to address the complex challenge of type 2 diabetes. The programme will allow the city to work together and tackle important issues such as obesity and physical inactivity particularly in our young people.

“If our football club Leicester City can win the Premier League, then we can work towards a city with reduced levels of type 2 diabetes as well as ensuring those with the condition have the right level of support and education to manage it properly.

“Let’s get the best out of Cities Changing Diabetes and harness its full potential. We already have close links across the city but welcome this opportunity for Leicester to work as one on our own very local version of a global campaign.”

Adam Burt, director of public affairs for Novo Nordisk UK, added: “Leicester’s world renowned diabetes centre is the ideal partner to develop a forward-thinking action plan for the city to tackle risk and management factors for type 2 diabetes. Novo Nordisk UK welcomes Leicester joining our global programme and we look forward to consolidating a city-led approach to this public health priority in the coming months.”