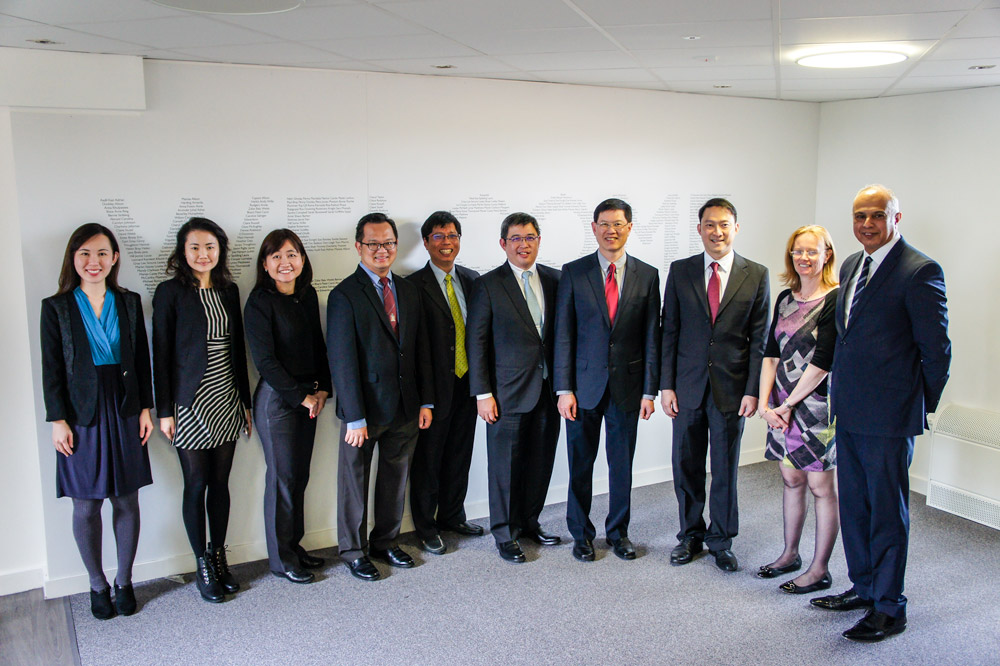 Expertise in preventing and treating Type 2 diabetes developed in Leicester will be used in Singapore’s “war on diabetes”.

A ministerial delegation from the country learned more about how to better treat and prevent Type 2 diabetes from the city’s world-renowned centre of excellence in diabetes research, innovation and education.

Minister of State for Health Dr Lam Pin Min and a team of senior health officials visited the Leicester Diabetes Centre as part of a fact-finding tour of the UK to help shape a public health campaign launched because one in nine people in Singapore has diabetes.

It is remarkable that despite a more aged and obese population, the UK has significantly lower diabetes prevalence when compared to Singapore

The Leicester Diabetes Centre, which is based at Leicester General Hospital, was visited because it had been identified by the team as a leading light in the battle against the condition.

A spokesman for Singapore’s Ministry of Health said: “It is remarkable that despite a more aged and obese population, the UK has significantly lower diabetes prevalence when compared to Singapore. Singapore’s War on Diabetes provides the impetus for reviewing international best practices, and learning from countries which attained some success in tackling diabetes.”

The Leicester Diabetes Centre has also worked with Singapore colleagues as part of its ‘Integrated diabetes care programme’ initiative, with healthcare professionals from the country going on a learning placement at the centre from November 2016 to June 2017 to observe the clinical, educational and research activities.

The centre is responsible for a host of pioneering studies and home to DESMOND, a structured Type 2 diabetes education programme commissioned more than 90 NHS trusts.

It is a partnership between Leicester’s Hospitals and the University of Leicester, is led by Professor Melanie Davies CBE and Professor Kamlesh Khunti.

Professor Khunti, Professor of Primary Care Diabetes and Vascular Medicine at the University of Leicester, said: “The delegation from Singapore are committed to improving the country’s significant diabetes burden. We have shared what we have learned to help them to ensure they have the right strategy in place to both improve care and reduce the number of people with Type 2 diabetes.”

Professor Davies CBE, Professor of Diabetes Medicine at the University of Leicester and Honorary Consultant Physician at Leicester’s Hospitals, said: “We are proud of the reputation we have built up through the work we have done to support the prevention and improved treatment and self-management of type 2 diabetes by furthering knowledge and education. We welcomed the opportunity to share this with international colleagues.”

The delegation of eight also included the country’s Director of Medical Services, the Senior Manager from the Diabetes Programme Office and a senior diabetes consultant.