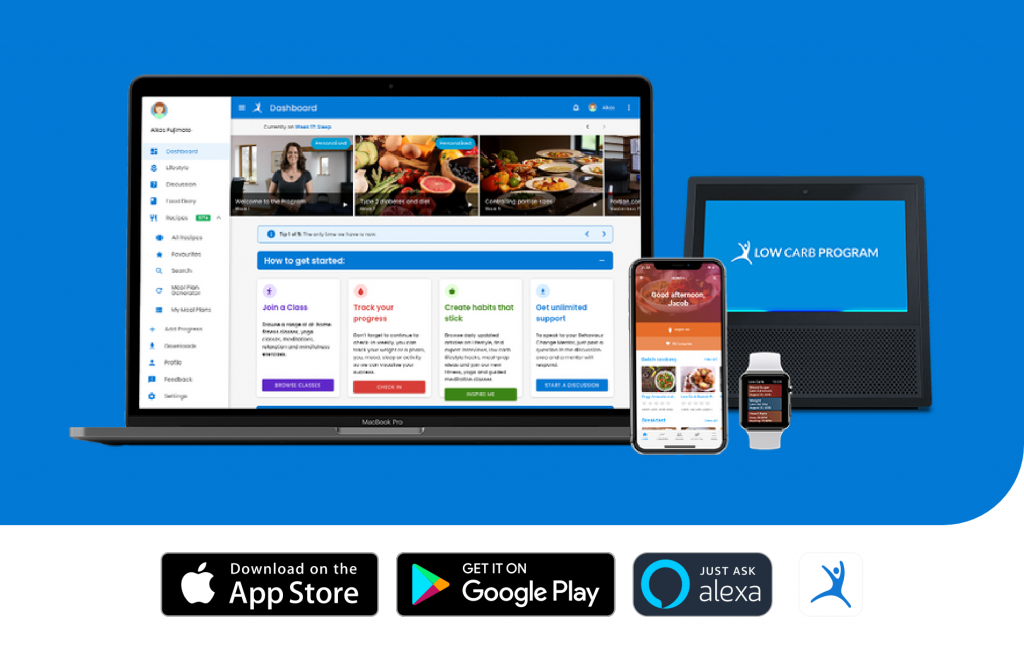 Signposting from real-world general practice to the Low Carb Program is feasible and can potentially improve diabetes outcomes, research published in the leading British Journal of General Practice has found. The app supported improvements in weight, glycaemic control and medication.

According to the findings, more than 6 in 10 participants reduced medications when engaging in the Low Carb Program.

Researchers from University of Warwick worked with four GP practices in the West Midlands and followed people with prediabetes or type 2 diabetes who were offered access, or signposted, to the Low Carb Program at a routine consultation.

Rates of offering and accepting signposting were recorded, along with program registration, program completion and health outcomes.

Of the 351 people who were offered signposting, nearly half of them (45.6%) accepted a referral from their GP or healthcare professional. GPs reported signposting took between one and four minutes.

Adults completing the program reported greater weight loss (7.2kg) and HbA1c improvements (-9.1mmol/mol) compared to those who did not. Additionally, they were more likely to reduce the nu 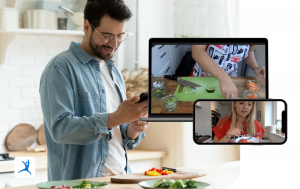 mber of general practice-prescribed diabetes medications, with 62% of the participants decreasing their medication intake at a follow-up.

The Low Carb Program is a nutritionally focused behaviour change intervention that provides education, resources and support to start and sustain a lower-carbohydrate diet. Low Carb Program was the highest Orcha-rated diabetes app in 2021.

The app provides structured education, and long-term behaviour change support to help people with type 2 diabetes and prediabetes to achieve self-selected health goals by reducing the amount of carbohydrates to 130grams a day.

The app is used by people with obesity, pre-diabetes, type 2 diabetes, non-alcoholic fatty liver disease and polycystic ovarian syndrome, with the program evidenced in 5 peer-reviewed studies.

The app supports over 60 cultural food preferences and is available in nine languages, including English, Hindi, Punjabi, Arabic, Gujarati, Bengali, Tamil, German and French to democratise access to health and care.

Charlotte Summers, Chief Operations Officer at DDM said: “We’ve empowered over a million people to make better decisions, and we are delighted to demonstrate how Low Carb Program can support those with prediabetes and type 2 diabetes to achieve positive health improvements.”

Professor Jeremy Dale commented: “This research demonstrates the feasibility of referring people with prediabetes or type 2 diabetes from primary care consultations to digital services that support weight loss like the Low Carb Program. In particular, the engagement with BAME communities should be further explored.”

Dr Peter Foley, Clinical Safety Officer at DDM said: “As an NHS GP, I am acutely aware of the current difficulties which people with type 2 diabetes and clinicians are faced with.

“Very often, these difficulties can be dramatically improved through lifestyle optimisation. The Low Carb Program has been shown to empower individuals with pre-diabetes and type 2 diabetes to make sustained and improved lifestyle habits.”

He added: “The resulting improvements in weight and blood sugar control not only improve users’ health and wellbeing, but also reduce the economic prescribing burden for local health authorities.

“We are particularly encouraged by the engagement of users from the BAME community, as we believe that everyone deserves equal access to our award-winning tool, no matter their background, culture or ethnicity.”