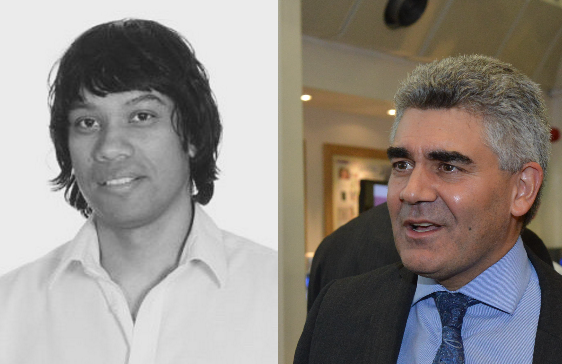 NHS England has also announced that Professor Jonathan Valabhji’s term as national clinical director for obesity and diabetes has been extended.

The appointments are part of NHS England’s attempt to widen its pool of  expert clinical leaders.

Dr Kar, who is The Diabetes Times associate editor, has been a consultant in diabetes and endocrinology at Portsmouth Hospitals NHS Trust since 2008.

Speaking to The Diabetes Times Dr Kar said: “It’s a new challenge and I am keen to work with Jonathan Valabhji to try and improve diabetes care.

“There are many areas we need to look at within type 1 diabetes care, such as how we work closely with Vanguards and free up more innovation. there are exciting times ahead, which hopefully can translate into improving care.”

Dr Kar has also been the clinical director of diabetes from 2009 to 2015, where he has been part of a national award-winning department based on inpatient diabetes care.

One of his main areas of expertise is in helping to redesign diabetes care in an attempt to integrate chronic disease management across primary and secondary care.

He was the pioneer of the Super Six Model, which won the Care Integration Awards in 2012, the Quality in Care in Diabetes Award 2012 and was also shortlisted for the Health Service Journal Awards across long-term conditions in 2012, 2013 and 2015 and BMJ Awards 2015.

An avid user of social media he often uses his twitter account to engage with patients and he was recognised as a social media pioneer by the HSJ in 2014.

His recent innovations have involved the Hypoglycaemia Hotline which was recognised in the Guardian Healthcare Awards 2013 and he holds the role of clinical service director for community services in South East Hampshire, along with being nominated to the General Advisory Council of the Kings Fund.

He also works with Ascot & Bracknell CCG as a secondary care advisor along with holding a specialist advisor for the Care Quality Commission.

Speaking to The Diabetes Times, he said: “This is a really exciting time for us in the diabetes world in England, with the national roll out of the NHS type 2 Diabetes Prevention Programme underway, and a real spotlight now being shone on diabetes treatment and care for those with both type 1 and type 2 diabetes.

“I am delighted therefore to be carrying on as National Clinical Director at this important time.”

He brings many years of clinical experience to his new role at NHS England.

The published clinical outcomes from his multidisciplinary diabeticf foot service at the trust are comparable to the best centres internationally.

He is adjunct professor at Imperial College London, with a current research focus on diabetic foot disease as well as on diabetes population level health, and past publications on cardiovascular disease in diabetes.

He is a committee member of the Association of British Clinical Diabetologists.

As national clinical director, he is currently providing clinical leadership around a number of national initiatives, including the NHS Diabetes Prevention Programme, a collaboration between NHS England, Public Health England and Diabetes UK that aims to cause England to be the first country to implement at scale a national evidence-based type 2 diabetes prevention programme.