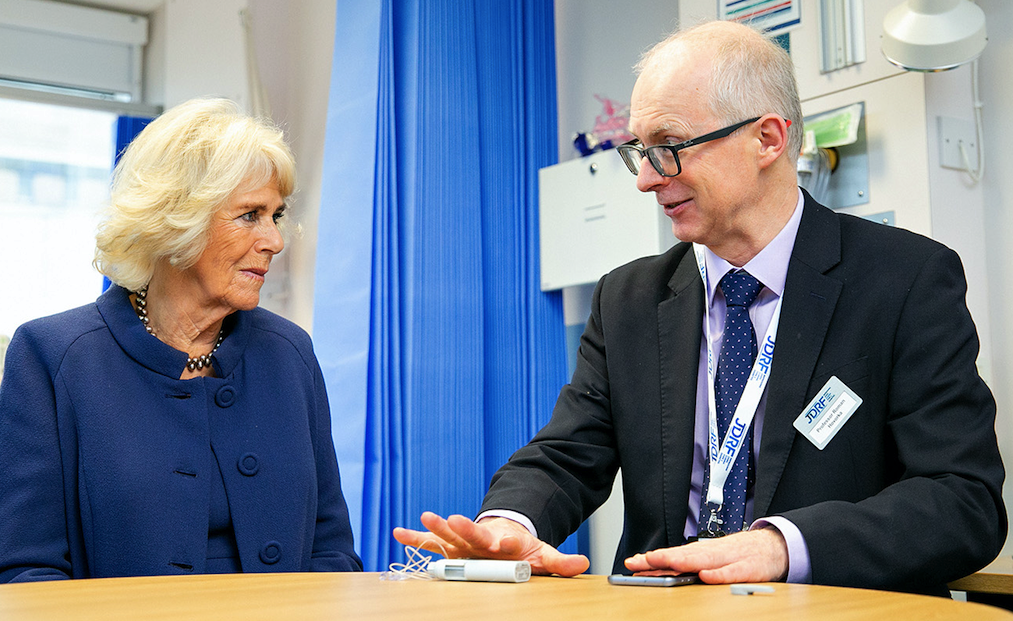 World-leading type 1 diabetes technology at a hospital in Cambridge has attracted a Royal visit.

Her Royal Highness The Duchess of Cornwall recently visited Addenbrooke’s Hospital to find out more about the pioneering artificial pancreas, which has been in development since 2006.

Professor Hovorka led the research, which has been funded by the type 1 diabetes charity JDRF and the NIHR Cambridge Biomedical Research Centre. 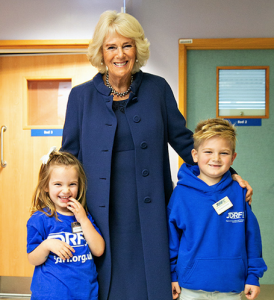 The Duchess has been President of JDRF for more than five years and during this time has met many individuals and families who have been affected by type 1 diabetes.

Speaking at the end of her visit the duchess said: “Having seen this artificial pancreas – and being a technophobe I shouldn’t really have understood what it does – it looked quite simple and completely brilliant.”

In attendance at the event was Sky News presenter and JDRF supporter, Stephen Dixon who was diagnosed with type 1 when he was 17. He was accompanied by JDRF Youth Ambassadors George Dove and Amy Wilton who also met Her Royal Highnesswhen she visited Addenbrooke’s in February 2012.

The Duchess was handed a posy of flowers by George Vinnicombe aged seven, and his sister Ava, aged five. George was diagnosed with type 1 diabetes when he was six months old and spent a considerable time in intensive care.