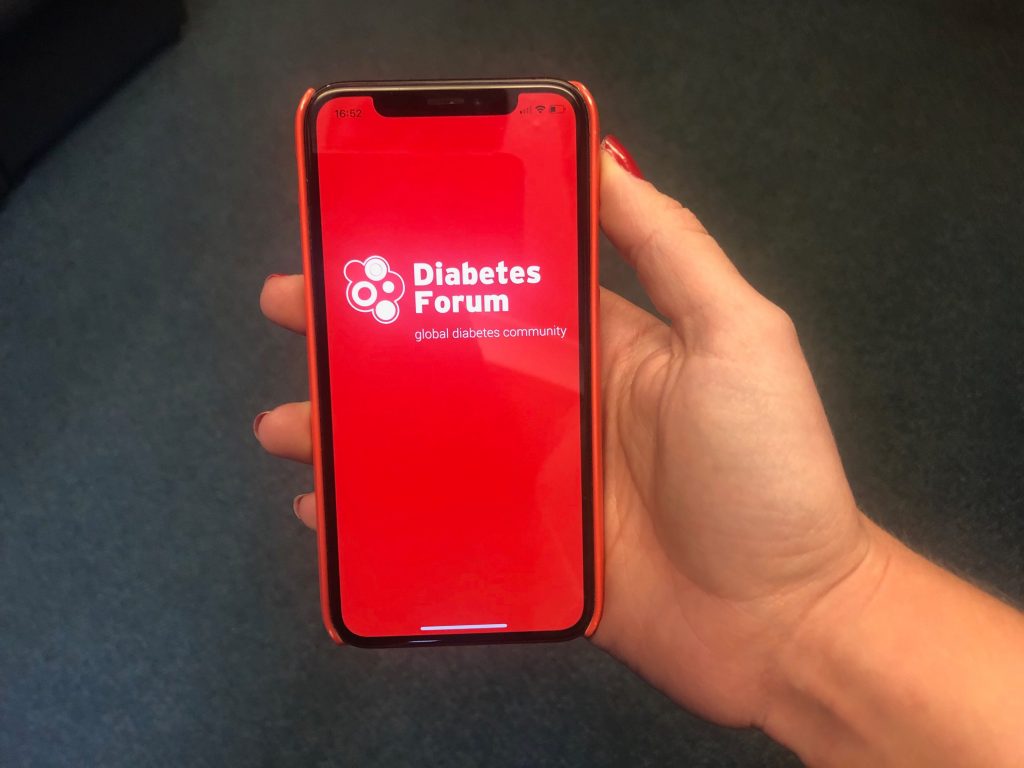 Members of Europe’s largest forum for people with diabetes have been sharing their stories to mark a national awareness week.

Diabetes.co.uk receives 22,500 messages a month and is reported to be one of the friendliest social media platforms for people living with diabetes.

Recent statistics show that seven out of 10 users improved their understanding of diabetes through using the site’s forum. Almost half of users improved their confidence in managing their diabetes, with 44% reporting an improvement in the blood sugar control since joining the forum.

With Diabetes Week taking place on June 10 to 16, members of the forum have been highlighting the power of community. 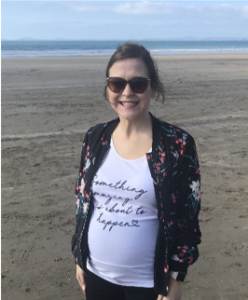 Rachael Cunningham who turned to Diabetes.co.uk for support

Rachael Cunningham is one of the many users of the forum who has personally benefited from the power of the community. Rachael was diagnosed with type 1 diabetes in 1994 when she was five years old. As a young child, Rachael took her diagnosis in her stride like many children do – but as she got older, managing her diabetes, particularly her HbA1c levels, became more of a challenge.

Rachael says that as an adult with diabetes, support has been very limited.  She said: “My consultant appointments were generally once every year. I did get added support from my Diabetes Specialist Nurse, however these appointments were more about adjusting my insulin doses, rather than making lifestyle changes.”

In 2017, Rachael was left feeling disheartened after an appointment with her consultant where she discouraged her from starting a family due to her high blood sugar levels. Rachael didn’t have a clue how to improve her HbA1c and turned to the diabetes.co.uk forum for support and advice.

Joining the forum introduced her to a low-carb lifestyle and the Libre sensor, both of which she’d never heard of before. She learnt from others and felt empowered to ask questions and query her experiences. Rachael said: “The support from the community was incredible and if I hadn’t written that first post I wouldn’t be where I am today.” 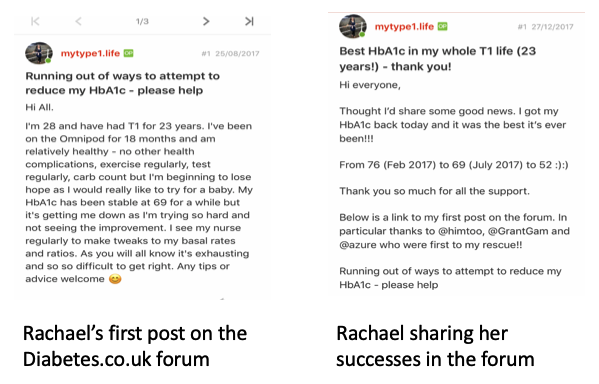 Rachael’s story has a happy ending as she was given the go ahead to start trying for a baby as her HbA1c was an acceptable level. She is currently 35 weeks pregnant, with a steady HbA1c of 43 – something she would have never dreamed would be possible.

Dealing with a new diagnosis of diabetes can feel scary and isolating, and only three in ten people living with diabetes feel in control of their condition. When the founder of Diabetes Digital Media (DDM), Arjun Panesar’s grandfather was diagnosed with type 2 diabetes, their family were left confused and conflicted about which advice to follow and where to turn for help. Arjun and his family quickly recognised the contribution of community support, leading to to Arjun founding the Diabetes.co.uk for peer-to-peer online support.

Since the launch in 2003, Diabetes.co.uk has evolved to become Europe’s largest online diabetes community, with over 303,475 people sharing their experiences of diabetes through the online forum. In the last six months, users have posted in excess 135,000 messages and over 21, 000 new users have registered for free support (an average of 150 a day). The community forum comprises people with type 1 (30%) and type 2 diabetes (60%), or people with experience of diabetes, such as healthcare professionals, relatives and carers from around the globe. The top five countries using the forum are the UK (80%), USA (3%), India (2%), Ireland (2%) and Australia (1%). Users can participate in forum chats involving various diabetes-related topics such as diabetes and diet, insulin pumps, exercise and mental health.