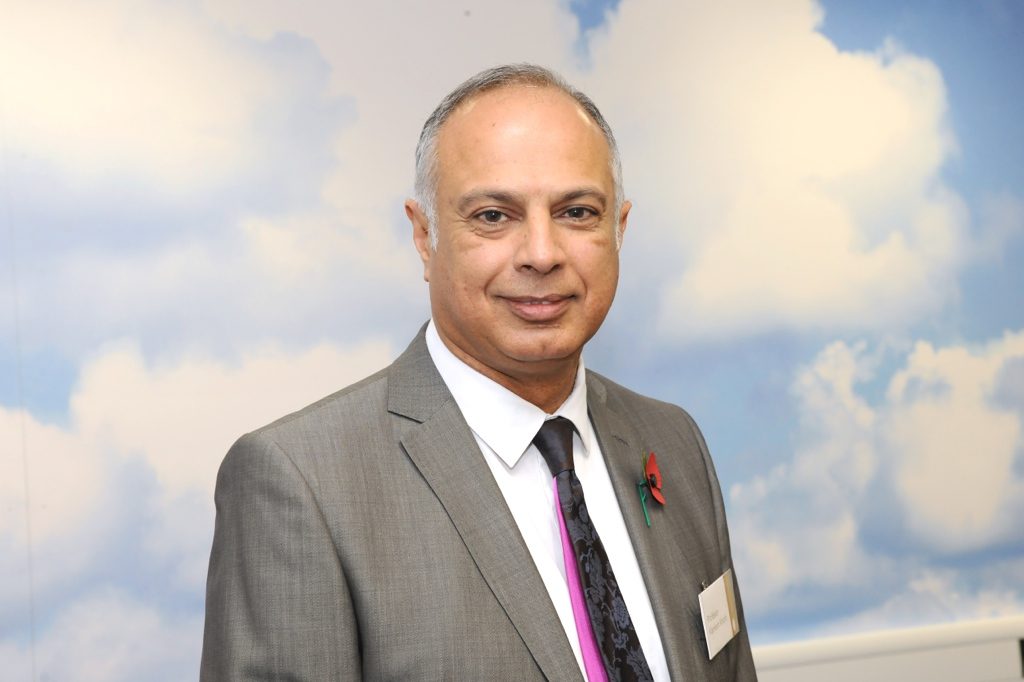 A leading professor from Leicester who helped establish an international centre of excellence in diabetes research has been recognised for his work by a global authority on the condition.

Professor Kamlesh Khunti, co-director of the Leicester Diabetes Centre (LDC), was presented with the Outstanding Achievement Service Award at the International Diabetes Federation (IDF) Congress 2017, having been recognised for contributions to a number of work programmes with the International Diabetes Federation including Chairing the recent Intergrating Diabetes Evidence into Practice Report.

The four-day event took place in Abu Dhabi and brought together world-renowned experts, healthcare professionals and speakers from within the field of diabetes.

IDF’s President Shaukat Sadikot presented Professor Khunti with the accolade, which is intended to recognise the efforts and achievements of individuals within the diabetes community and who have helped promote IDF’s mission and values.

Professor Khunti, who is also Professor of Primary Care Diabetes and Vascular Medicine at the University of Leicester, said: “This award was a complete surprise but I am truly honoured to have been recognised by such a highly esteemed organisation.

“I am also certain that this work recognises the excellent international work carried out by our fantatstic team at the Leicester Diabetes Centre.

As well as co-leading LDC, Professor Khunti is also Director of the National Institute for Health Research’s Collaboration for Leadership in Applied Health Research and Care (NIHR CLAHRC) East Midlands. The organisation is a partnership of regional health services, universities and industry which turns research into cost-saving and high-quality care through cutting-edge innovation.

Professor Melanie Davies CBE, Professor of Diabetes Medicine at the University of Leicester, said: “We are all hugely proud of what Kamlesh has achieved. The work he has carried out within the field of diabetes has been hugely insightful and has helped shape the future of healthcare for the condition around the world.

“Kamlesh works extremely hard and always keeps his main objective on finding the best way to improve the lives of people with diabetes. His award, recognises the fantastic work he has done, which is always a great morale booster for the rest of the team and reminds us that what we do is important and highly relevant.”

Professor Davies and Professor Khunti have built up the Leicester Diabetes Centre team with more than 140 people currently carrying out over 40 studies designed to improve the lives of people with diabetes. Founded in 2012, it is now responsible for world-leading clinical research, evidence-based education and cutting-edge innovation.

Based at Leicester General Hospital, it is a partnership between Leicester’s Hospitals and the University of Leicester and is now ranked as Europe’s largest diabetes research facility.