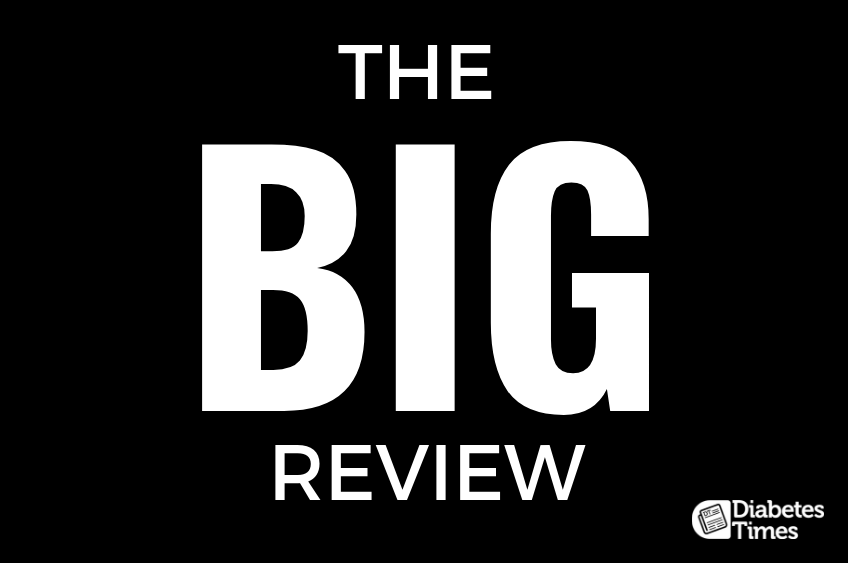 The Big Review: A New Reality for Diabetes

By Editor
The Big Review

I remember getting my first mobile phone in 1999 and being fascinated by the concept of receiving and sending text messages. How technology has moved on. The acceleration has been phenomenal, with the technology changing the world, dramatically.

Virtual reality, where a computer simulates a 3D world, has finally arrived and it’s arrived in a big way. Developers around the world are working out ways to harness its power, with surgeons now practicing operations, pilots testing their aviation skills and athletes honing their sporting abilities all through virtual reality. It is also sending gamers into meltdown.

But can it offer anything to the world of healthcare, and more specifically diabetes?

Well, fast forward 19 years from sending my first text message and I am invited to step into DDM’s Labs to immerse myself in the world of virtual reality for the first time – in the form of a game geared up to help people avoid type 2 diabetes or send the condition into remission. It was a strange prospect but nevertheless also an exciting one.

Diabetes Digital Media (DDM), the organisation behind the world’s largest patient support community for people with diabetes Diabetes.co.uk, the Hypo Program, and the Low Carb Program, has become a global authority in digital health education.

DDM has established itself as a global leader in digital health service provision, catering for over 1.2 million members across platforms. And now, they are turning to VR: Virtual Reality.

The first application I experienced was on the Oculus Go, a standalone virtual reality headset and controller, priced around £200 which can be linked to your phone or computer and an immersive experience of the Low Carb Program (also known as Gro Health internationally).

While the platform has won global plaudits and awards, this VR offering is truly mind-blowing.

On placing the headset on, I am immediately teleported to a modern-looking lounge containing trendy sofas and plenty of windows looking out to a garden full of zen-like trees.

I enter a username and password and am placed in an environment where I, like other users, can experience the structured education modules from the Low Carb Program. Users then also have the option to play a game to reinforce their learning. The education delivered in an immersive 360 visual interface retains my attention until the very end. Users learn more about how to reduce blood glucose levels and are asked to reinforce learning through an innovative use of gamification.

Having watched a handful of the videos I moved on to the ‘food game’. My hands turned into a toy gun, controlled intuitively by the handset. The rules of the game are then explained to me: players are instructed to avoid shooting the foods they think will cause a blood glucose spike. On shooting a food, the respective food’s carbohydrate content is revealed, and user receives positive for shooting a high- carbohydrate foods.

Food items begin to fly through the air and I try to shoot the ones I deem bad. The experience was immersive, and spilt-second decisions made all the difference in reaching my target. I never knew a banana had so much sugar in it. It’s educational, but also, it’s really fun – and that’s the point.

DDM’s CEO and Head of AI, Arjun Panesar, explains how engagement and player data is captured and enables the app to personalise the user’s experience. The app “learns from gameplay the foods users like and dislike” enabling users to be “presented with recipes and food swaps that are relevant and engaging”.

For me, the appeal is not just inclusively down to the gaming element or the increase in knowledge gained from participation. The VR element is truly fascinating and something that I will always remember. It was my first time using VR, and I must admit it, the kitchen setting was breathtaking. From the foods on the table to the trees blowing in the wind through the window, it was if I was there. 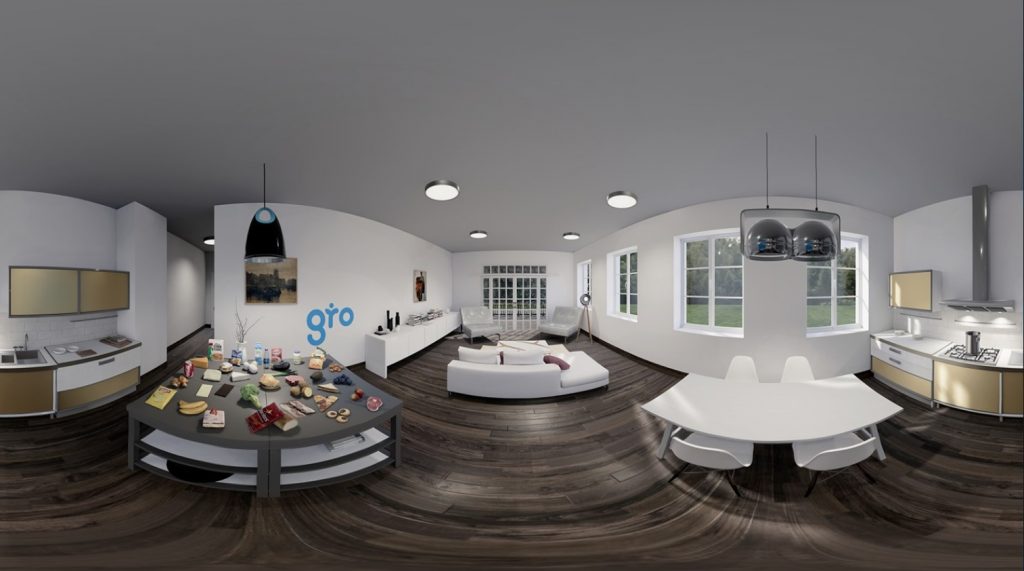 No detail was missed which created a premium experience

The novel aspect was having fun and learning, at the same time, in a completely fictitious environment. Although you know it’s not real, you start to put your hand out and touch the table, for example. It starts to become confusing, but also appealing. So appealing, that I continued to play the game for 20 minutes, trying my best to beat my top score.

Now an official VR convert, my second experience was a BETA project known as Play Your Carbs Right, also known as Project Enable. This application involves an upgrade in VR headsets to the Oculus Rift. This device comes with two touch controllers and, whereas the Go can be operated independently, this equipment requires connections to a laptop or desktop computer to work.

The enhancement in my experience was dramatic. Instead of standing stationary in a virtual environment, I was able to walk around a virtual environment and interact with objects. The environment was a kitchen which was equipped with IKEA-like furnishings. The aim of the game is for players to sort an array of random food and drink items in order of carbohydrate content. With the enhanced VR capabilities of the Oculus Rift, it quickly feels like you have been transported to another world. You walk around the kitchen picking up food items scattered around the room and then place them on a worktop in various sectioned areas of the kitchen-top. Users are given hints when stuck and go through 4 levels of difficultly.

To say this game was addictive would be an understatement. Again, the gaming and educational elements are simple, it’s these in combination with a virtual environment which is set to make this game a success. I thoroughly enjoyed this game.

Matthew McElroy, XR Developer on the project, tells me how he “thoroughly enjoys developing for virtual realities that change health behaviours” and how this “could be the best job on the planet” – and I can see why. 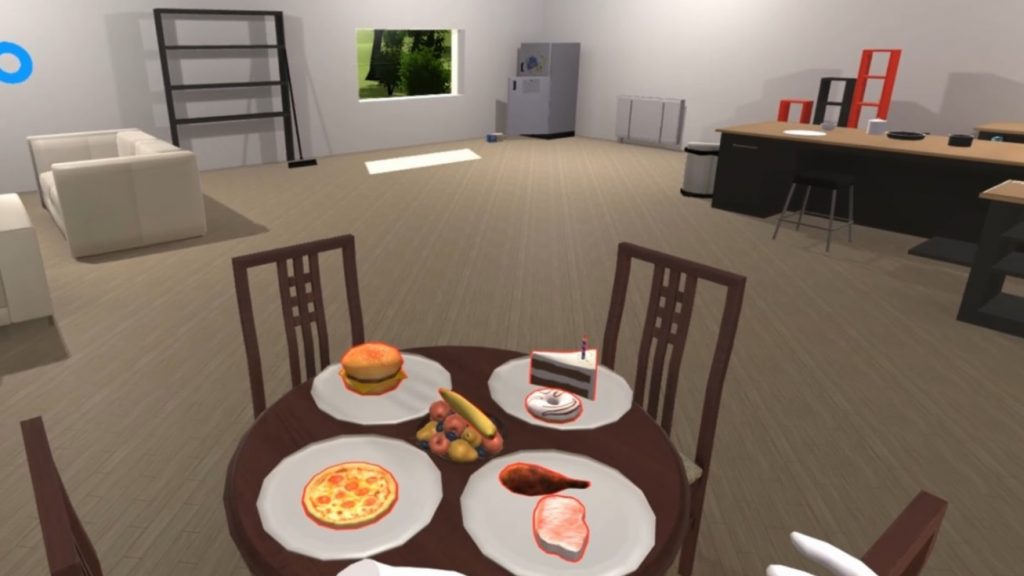 Easy and intuitive to use 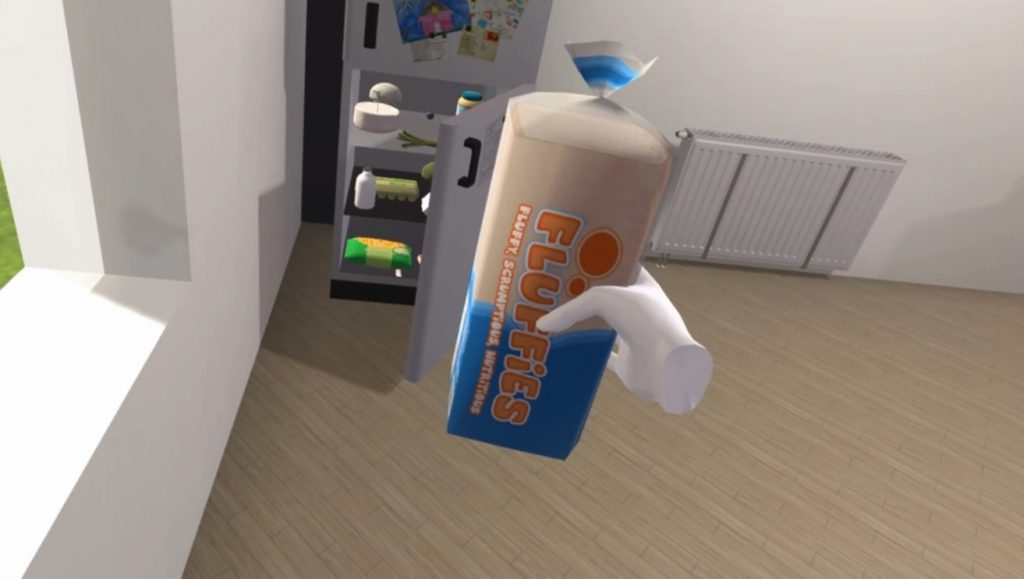 Each food is detailed and realistic

Diabetes Digital Media continue to enhance their successful platforms and are pushing the boundaries of what is possible. I asked the team about how VR could become part of healthcare, and was amazed to learn how DDM is exploring VR for pain management, physical therapy and rehabilitation.

On reflection, the possibilities are quite endless.

Both apps, available from January 1, 2019, are available to download on the Oculus Store for Oculus Rift, Oculus Go, and Gear VR.

Inspired? Get in touch with DDM to discuss bringing your innovation ideas to life. Start the conversation.