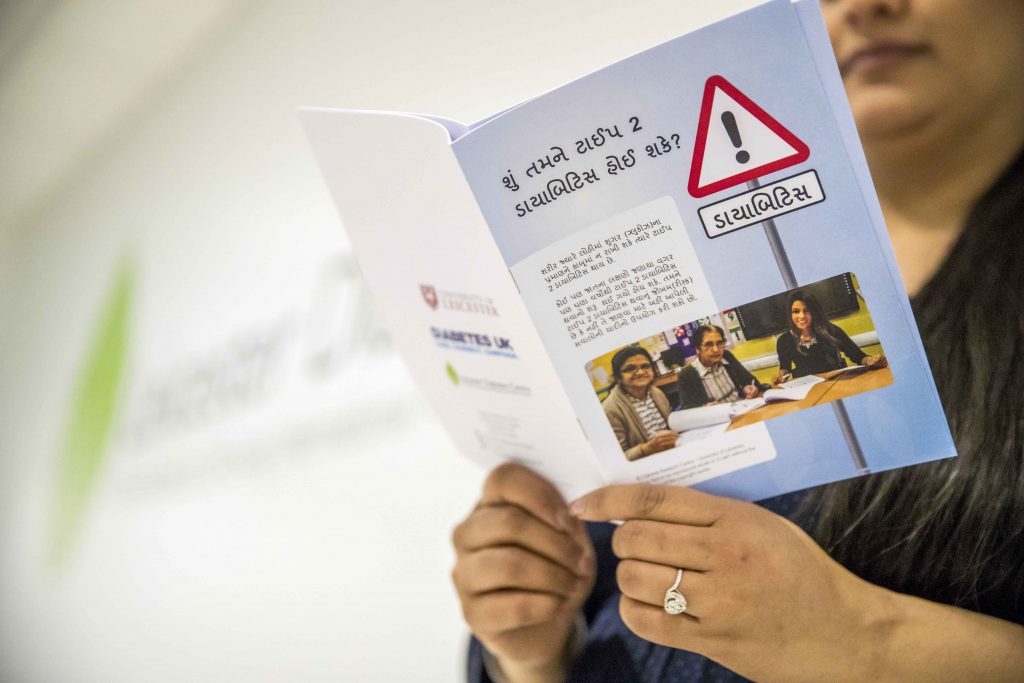 The translation of a tool to help people find out their risk of developing type 2 diabetes has been described by a leading diabetes professor as a “breakthrough”.

The Leicester Risk Score enables people to find out their risk of developing the condition and is recommended by health watchdog NICE, used by Diabetes UK and has attracted more than 1.1 million online users.

Gujarati and Bangladeshi versions were officially launched at Leicester Diabetes Centre in Gwendolen Road, Leicester on Friday, January 27. They will now be used in minority communities across the East Midlands in the fight against type 2 diabetes.

Professor Kamlesh Khunti, Director of NIHR CLAHRC East Midlands and professor of primary care diabetes & vascular medicine at the University of Leicester spoke at the launch.

The event was attended by the national clinical director for obesity and diabetes professor Jonathan Valabhji.

Professor Melanie Davies CBE, professor of diabetes medicine at the University of Leicester and co-founder of the Leicester Diabetes Centre, gave a presentation, while Leicester East MP Keith Vaz, who is the chair of the All Party Parliamentary Group for Diabetes, also addressed delegates. There were also presentations from Dr Andy Willis and Naina Patel. 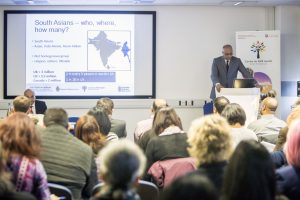 Professor Khunti, fellow co-founder of the Leicester Diabetes Centre, said: “This is a breakthrough in delivering support to the South Asian community in the fight against type 2 diabetes.

“The condition is more common in South Asians because of their lifestyle in terms of their diet and lower physical activity levels combined with their potentially increased genetic risk.”

Members of the South Asian community are now being urged to make use of the risk score to find out how likely they are to develop the condition – or to see if they already have it.

Professor Khunti added: “It’s important people know how likely they are to develop the condition as they can make lifestyle changes to halt the progress.”

Data based on age, sex, BMI, ethnicity, family history and use of blood pressure drugs are used to identify people who may be at high risk of Type 2 diabetes or are currently undiagnosed. Further versions in Urdu and Gurmukhi Panjabi due out soon. 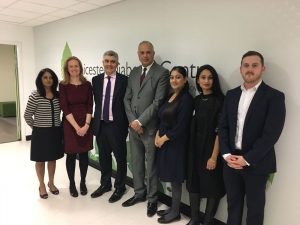 The project to translate the risk score was part funded by the National Institute for Health Research’s Collaboration for Leadership in Applied Health Research and Care (NIHR CLAHRC) East Midlands.

NIHR CLAHRC East Midlands is a partnership of regional health services, universities and industry which turns research into cost-saving and high-quality care through cutting-edge innovation.

The work has been supported by the Centre for BME Health East Midlands, which is working to reduce ethnic health inequality in the region by sharing resources and promoting research.