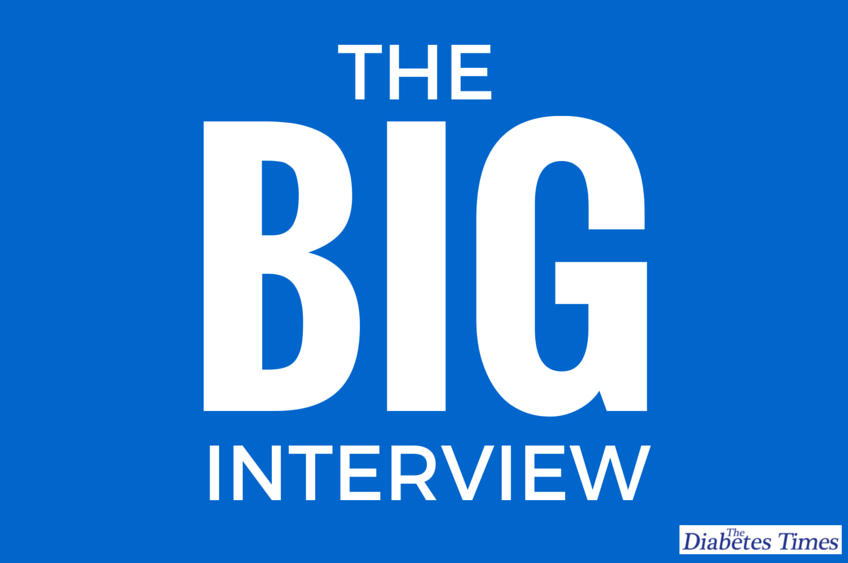 Professor Alan Sinclair is an internationally and nationally recognised researcher in the field of diabetes in older people.

Also the founder of Diabetes Frail, an organisation which investigates the relationship between diabetes and frailty, Prof Sinclair tells The Diabetes Times his future research plans and his greatest career achievements.

The key challenge is to recognise that glucose control, in general, may not be the most important aspect of management. Attention to all metabolic risk factors, particularly blood pressure control, may sometimes be a greater priority. 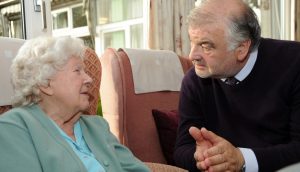 In addition, the recognition that others may be involved in this care such as informal and formal carers who may require a set of minimum skills to deliver safe and effective direct diabetes care.

The second key challenge is up-skilling the primary and secondary care health professional workforce to recognise the importance of functional assessment and the detection of frailty.

What would you like to see change in the care of older people with diabetes?
I would like to see a greater focus on individualised care which takes into account the influence of comorbidities, frailty, life expectancy, and quality of life in determining patient goals.

What’s your assessment of the current standards of diabetes care in care homes?

I believe that overall medical care is improving as regulatory inspections are becoming interventions that bring about positive change. There are standards of diabetes care for older people that are resident in care homes that were developed several years ago as part of a Diabetes UK Taskforce initiative, which I had the honour of leading.

These have, to an extent, been reinforced by the CQC who have published guidance for their inspectors of care homes. This latter work, which I was involved with, was part of the JBDS Initiative on enhancing care in both inpatients and care home residents, a group chaired by Professor Mike Sampson.

Are people with diabetes in care homes over treated?

This is a difficult question to answer without creating some controversy. Most of the studies that have examined the characteristics of care home residents with diabetes have demonstrated that they are a highly-vulnerable group of people, at significant risk of chest, skin, and urinary infections, diabetes-related foot disease, and hypoglycaemia.

In addition, they are at high risk of hospitalisation. It is likely that cases of hypoglycaemia are due to compounding issues such as under-nutrition, incomplete monitoring of the residents’ diabetes state, and in some cases because of inappropriate medication. 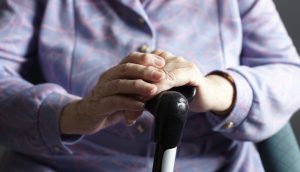 Some data demonstrates that the HbA1c of residents with diabetes is around 7 per cent (53 mmol/mol), and occasionally lower, which in the context of individualised care might be deemed to be over treatment.

This is another difficult question to answer, because as I look back over the last 25 years of significant involvement in the diabetes care of older people, a number of events stand out of with which I am proud to be associated.

These include my work that has raised the profile and importance of more specialised care for our ageing population of people with diabetes, efforts to highlight the special needs of residents with diabetes living in care homes, and my leadership roles in producing both national and international evidence-based guidance in this broad area.

My achievements have been partly recognised by being awarded the IAGG Presidential Medal in 2013 for my services to older people, and particularly those with diabetes, and by being asked by the IDF to co-lead the their Global Guidance on the management of diabetes in older people which was published two years’ ago.

I am also very proud to have established the first institute devoted to the enhancement of diabetes care in all older people (IDOP) in 2008, and to follow this with the launch of Diabetes Frail in 2014, the first not-for-profit EU-validated research organisation dedicated to undertaking research in older people with frailty, particularly those with diabetes.

What are your research priorities?

My key priorities are to continue to undertake and deliver the various EU-funded projects that we at Diabetes Frail are responsible for in the UK.

At the current time, we have six studies looking at a range of issues relating to older people and frailty, including the MIDFrail Study which examines the relationship between diabetes and frailty.

Why is the relationship between diabetes and frailty important?

It is increasingly recognised that the development of frailty is a key precursor condition for the onset of disability which, in an ageing population, accounts for significant levels of functional impairment, decreased quality of life, and increased healthcare expenditure.

As we get older, frailty becomes a far more important influence than comorbidity on all the bad things that can go wrong with an ageing individual (admission into hospital or a care home, worsening mobility or falls, and increased mortality).

We now know that diabetes is an independent risk factor for the development of frailty, and that even in those of advanced age (80 years or older), the onset of diabetes can bring about significant functional deficits leading to frailty within two years.

As the lead for the Older People’s Diabetes Network, what can members expect from the network over the next year?

We are hoping to hold the fourth annual meeting of the OPDN this autumn at the University of Aston in Birmingham where I hold an Honorary Chair in Metabolic Medicine.

My colleague, Dr Sri Bellary, will be co-hosting the event with me. We will be examining the implications of several recent key studies which give us guidance on the management of older people with diabetes, revisiting how we detect frailty in primary care, emphasising the importance of foot inspection in care home residents with diabetes, and an interactive workshop with the OPDN Patient Forum, led by Mr Philip Ivory.

We will also be revisiting the role of regional clinical champions, and the possibility of undertaking regional audits.

What is the future of diabetes care for older people in the UK?

I am increasingly optimistic about the way in which older people with diabetes in the UK are being managed in all NHS sectors, as there seems to be more recognition of the importance of function and its assessment, the dangers of hypoglycaemia, the need to enhance diabetes care in care homes, and that specific national and international guidance on managing older people with diabetes is now available.

I would like to see more work in the community to target those who are at increased risk of poor outcomes, such as those who are housebound or frail. I can see us also recognising that the management goals of those of advanced age with diabetes require consideration in terms of multiple influencing factors, as mentioned earlier.