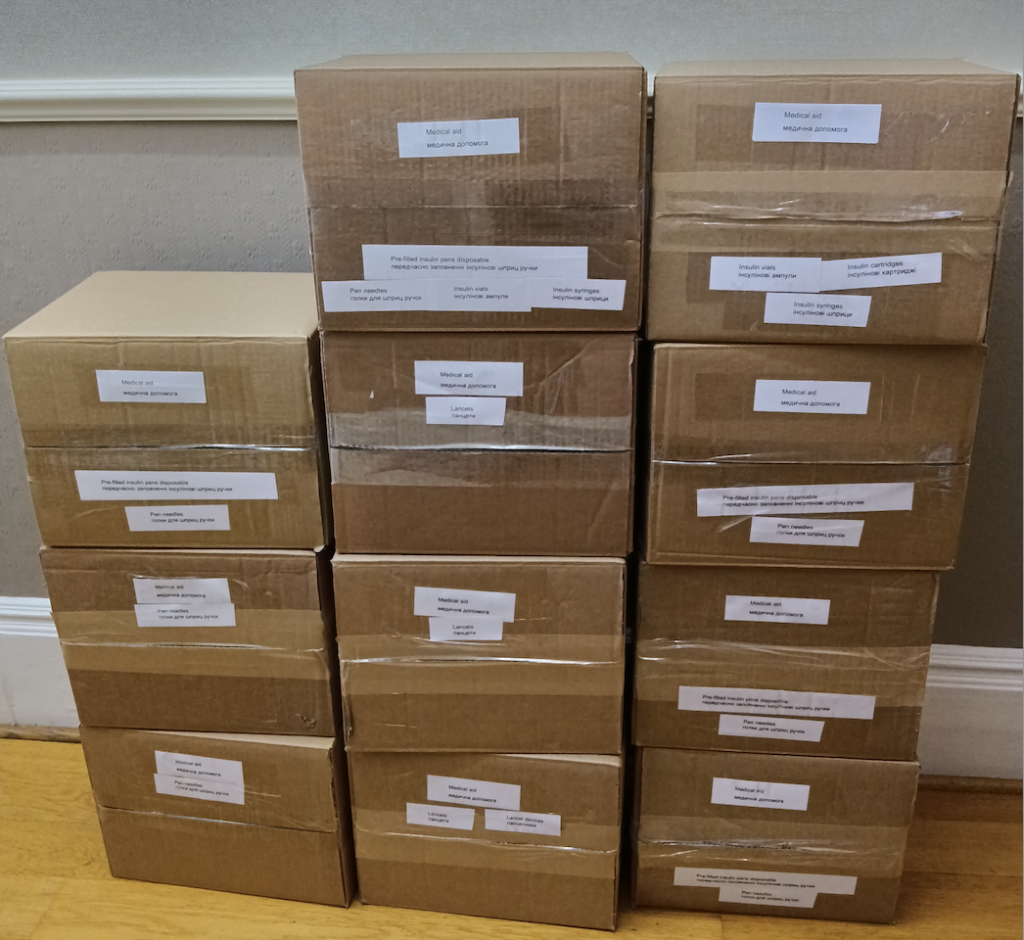 A Northampton diabetes charity has delivered a “priceless parcel” to people with diabetes in Ukraine.

On Wednesday, March 9, the InDependent Diabetes Trust (IDDT) sent a collection of essential supplies over to Ukraine amid fears that vital diabetes-related items are running out.

The supplies already donated to Ukraine by the IDDT include insulin, Jelly Babies and unused blood testing strips and blood glucose meters.

A citizen of Ukraine, who has received the supplies from the IDDT and whose identity has been protected through fear of reprisals, told the charity: “Yesterday we received a priceless parcel for us. You cannot even imagine the joy of the doctors who have sorted these elements.

“The entire Ukrainian people are very grateful to you for the contribution you have made, for the humanity and condolences that you have surrounded us.”

They added: “Already today we have distributed insulin as needed and have begun sending it to different regions.”

The charity is now focusing on delivering more donations to the Ukraine and is encouraging the diabetes community to offer their support by donating any spare and unused diabetes-related items.

People with type 1 diabetes who run out of insulin have only days to live, while if they run out of food, they can fall into a coma and need hospital care within days.

Jenny Hirst, Co-Chair of the IDDT, said: “We have received lots of support from our members, and we are thrilled to have received confirmation that our donations are already saving the lives of people with diabetes in Ukraine. Our attention is now focused on collecting further life-saving supplies, such as insulin and unused blood testing strips.”

She added: “We are determined to carry on helping the people of Ukraine for as long as the conflict is underway.”

Martin Hirst, Chief Executive of the charity, said: “The deepening crisis in Ukraine means that there is an increasingly desperate need to help people trying to live with diabetes.

“It is hard to believe that not only are the people of Ukraine having to fight for their country and freedom, but they also are in desperate need of all their diabetes supplies. As the bombing continues, pharmacies close, hospitals run out of supplies and supply routes targeted.”

All items should be new, unused and in-date and need to be sent to IDDT at the following address: IDDT, 210 Abington Avenue, Northampton, NN1 4PR.

The IDDT is a national charity based in Northampton providing vital independent support for people with diabetes, their parents and carers.

The charity formed in 1994 to fight for choice of treatment for all. It now provides a free, confidential helpline, has published dozens of helpful publications, stages events and lobbies the government on behalf of its members.

If you need to contact the charity, please telephone between 10am and 3pm on 01604 622837 Monday to Friday or email enquiries@iddtinternational.org.