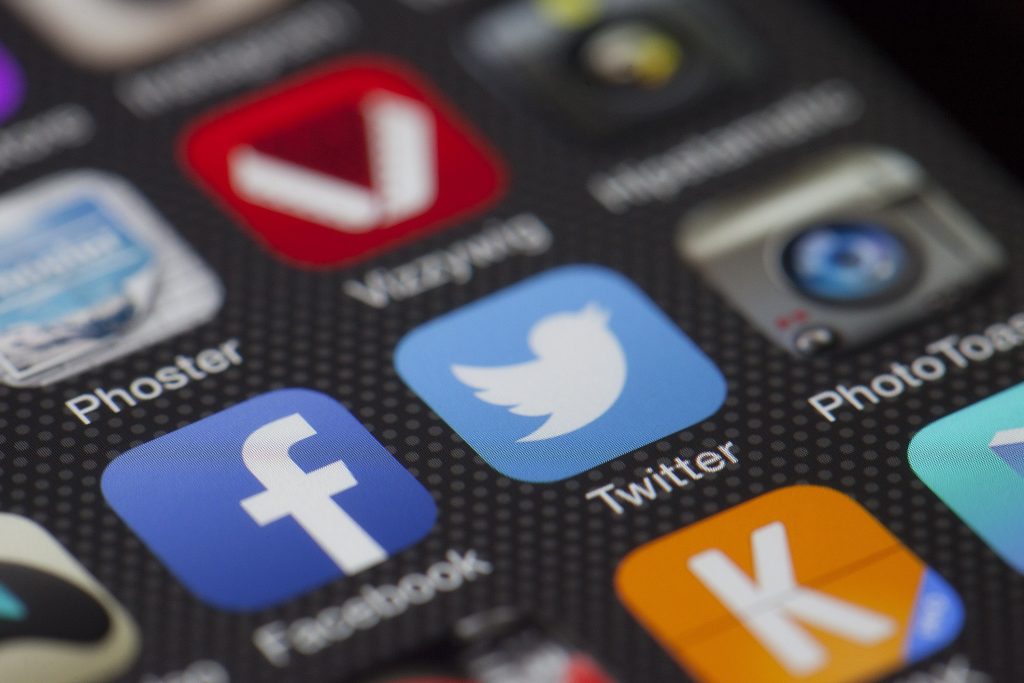 New research has identified the most active social media users who participate in the UK’s online diabetes debate.

From healthcare professionals to people with the condition, new analysis has disclosed the top ten individuals who have published the most diabetes related posts.

The most discussed condition related topics among people with type 1 and type 2 diabetes has also been revealed.

Compiled by specialist digital healthcare insights and consulting firm, CREATION.co, the findings are based on the analysis of thousands of posts across a range of online and social media platforms from January to September 2021.

It shows that Partha Kar, Diabetes Co-lead at NHS England was the most active healthcare professional (HCP) influencer with 1,781 diabetes related posts.

Dr Kar posted well over twice the number of posts of diabetes consultant, Amar Puttana, who was ranked second.

The top five rankings were as follows:

Collectively, the five HCP influencers boast a combined twitter following of almost 50,000 and have contributed over 4,000 posts to the online diabetes conversation. Together, they have an average reach of 27,015.

The analysis shows that people with diabetes use social media for various purposes, such as to share experiences, advice, ask questions and interact with healthcare professionals.

The five most active influencers who have diabetes over the period were:

Of these, four live with type one diabetes and one, Debra Scott, with type two. Collectively, they have more than more than 11,000 followers, have contributed almost 5,000 posts to the online diabetes conversation, and have a combined average reach of 13,170.

Top topics amongst people with diabetes

The analysis also examined close to 50,000 online posts made since the start of the year to identify the most discussed diabetes related topics between those living with the condition. It shows that amongst people with diabetes there is a higher level of conversation relating to type one diabetes than type two.

Across the huge breadth of conversation, the standout topic was issues relating to diet and nutrition for a person with diabetes. Within the diet conversation, people with diabetes often discussed the effects of different nutrition types such as carbohydrates, fat and protein. Specific diets named included low carb high fat, vegan and ketogenic.

The impact of COVID-19 has been another leading topic of discussion for people with both type one and type two diabetes. During lockdown, there was a significant amount of national discussion centred around whether those with diabetes should be classed as clinically vulnerable. 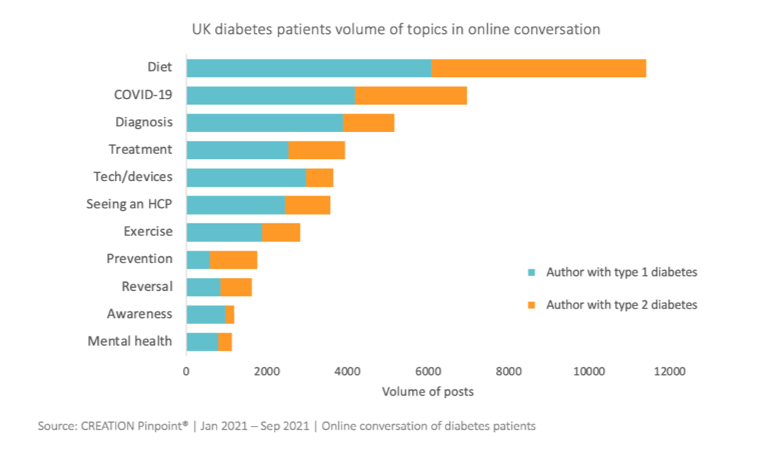 Beyond diet and Coronavirus, diagnosis, treatment, medical technology, and access to a medical professional were the leading discussion areas for sufferers.

Daniel Ghinn, CEO and Founder of CREATION.co said: “Healthcare professionals and people with diabetes have been using social media to discuss the condition for many years. In terms of HCPs, some are newer to the scene such as Abd Tahrani and Amar Puttanna, who joined Twitter in December 2016 and February 2017 respectively. Others have been established in the space for many years such as Partha Kar.

“Identifying diabetes influencers are important in understanding the nature and dynamics of healthcare related topics online and to gain insights into key issues.”

He added: “The study offers some insight into the valuable role social media can play in helping us to understand the needs and behaviours of groups. Online analysis of the views and sentiments of healthcare professionals offers huge potential for collecting real-world evidence for an array of different areas of public health.

“These can range from what’s driving greater demand, to other areas such as lesser-known side effects of drugs and unknown interactions. It represents a fast-growing tool in public health analysis whose significance is likely to grow in the coming decades.”

CREATION.co provides insights and consulting to inform health strategy, communications, and policymaking among some of the world’s largest healthcare companies, government organisations and non-governmental organisations.