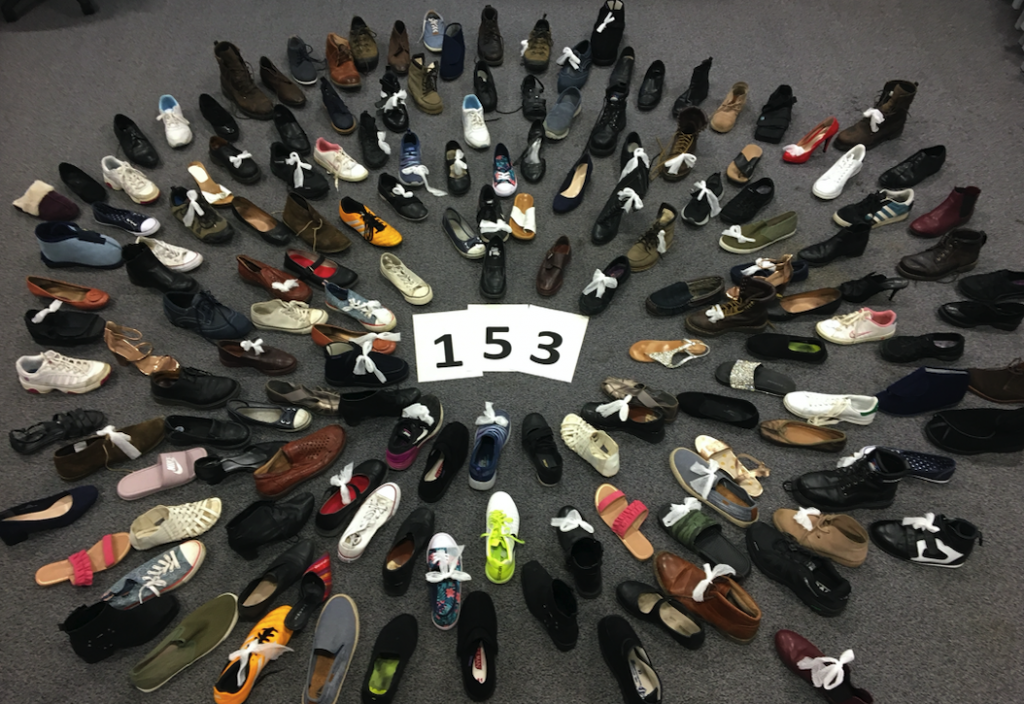 The importance of foot care has been a hot topic across University Hospitals of Leicester (UHL) as staff been taking part in the first Diabetes Foot Awareness Week.

The foot multidisciplinary team worked tirelessly to show healthcare professionals and people with diabetes how vital thorough foot care is among people with the condition.

As part of the week-long campaign they held link nurse training, trained new staff and talked to UHL staff about foot checks and referral times.

The team also came together to stage a photo which featured 153 shoes which represented the number of amputations that are carried out across Leicester, Leicestershire & Rutland in a year.

A total of 43 shoes had a white bow tied to them which signified a major amputation. Out of the 43 only 17 were known to the diabetes foot team at the point of amputation, which helped emphasise the important of early referral and awareness among all healthcare staff.

In a joint statement they said: “Overall the week has been really well received across the Trust as it has helped raised the profile of foot care for people with diabetes, making it a talking point among staff. The photo we staged really helped put the number of amputations into context. We will certainly be repeating Diabetes Foot Awareness Week again.”